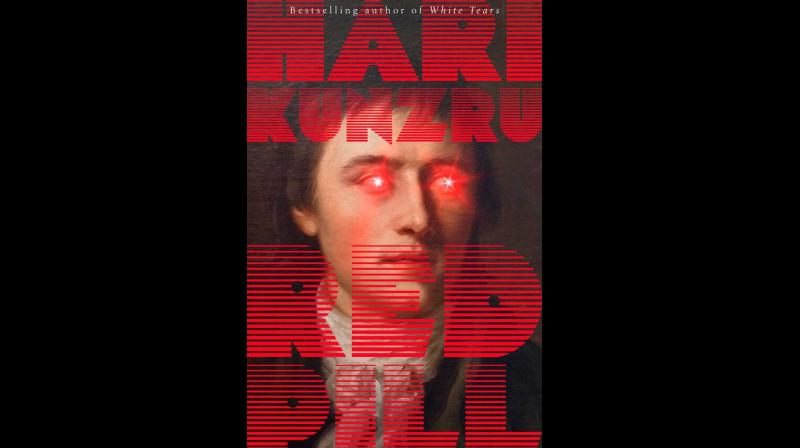 If you remember The Matrix, the title of Kunzru’s book may give you a hint of its plot. If you don’t, here’s the Cambridge dictionary definition of “red pill”: “Beliefs, choices, or information that allow you to see the world as it really is, even though you would feel safer or happier if you did not. This refers to a scene in the film The Matrix where a character is offered a choice between a red pill, which reveals the true world, and a blue pill, which keeps it hidden.”

Red Pill opens with anxiety. It is early 2016, one of the strong contenders in the US presidential race is the darling of the alt right, the media frequently flashes pictures of children displaced by war, and other disturbing things are at play, too.

The narrator (a British Indian writer living in New York) wonders “If the world changed, would I be able to protect my family? Could I scale the fence with my little girl on my shoulders? Would I be able to keep hold of my wife’s hand as the rubber boat overturned?”

We meet him as he’s about to leave for a  three-month writers’ retreat in Berlin. He has been awarded a fellowship at the Deuter Centre—something he’s not looking forward to, but he knows he has to leave home for a bit to sort himself out.

His angst amplifies in Berlin. A sinister note is struck when he discovers that one of buildings close to the Deuter Centre was the venue of the 1942 Wannsee Conference, where the final solution to the Jewish Question was planned.

He’s on edge at the Deuter Centre, too. He finds the entire system at odds with freedom, and refuses to work on his project in the communal workplace (which provokes the displeasure of the authorities), and avoids his colleagues as far as possible. If he’s not locked up in his room reading dark German poets or watching Blue Lives (an unusually violent and disturbing US police serial), he’s out on long walks, brooding.

We see his paranoia growing and a breakdown is imminent. A meeting with Anton, the creator of Blue Lives, finally pushes him over the edge.

Red Pill is a novel for our times—it captures the anxiety of ordinary citizens over growing racism and nationalism, the surveillance state, the dissemination of fake news on the internet, and all the horrors that we see around us with clear-headed honesty.

However, there are far too many literary allusions to make the going smooth. When you’re trying to grapple with abstruse theories propounded by eighteenth century poets and aristocrats, you do tend to lose the plot. It’s jerky and disjointed too. An entire section on the modus operandi of the Stasi in former GDR was unnecessary perhaps—great on its own, but it didn’t meld into the book. Even so, Red Pill is a must read if you want to understand the uncomfortable world we live in.