In fact, a plethora of journalists (both English and Hindi) of yore and present in India have lived life by Marxist convictions. 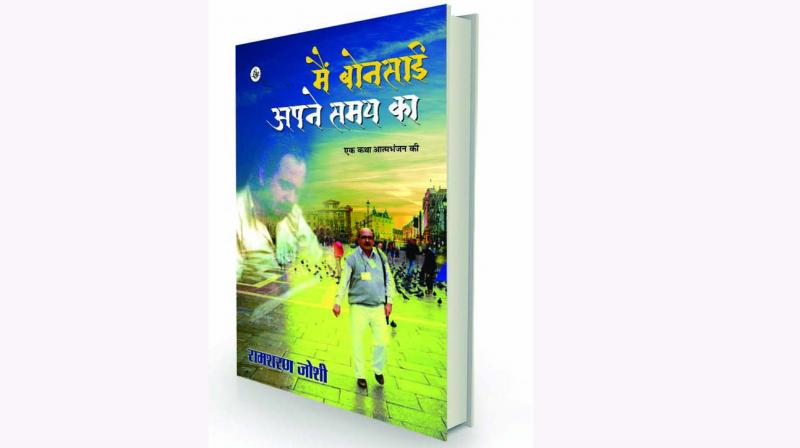 It is the people’s outspoken self-confession, whose redeeming power is well known. It is a spiritual mirror, in which a people discovers itself,” wrote young-and-then-idealist Karl Marx of the press. Ramsharan Joshi, his dutiful follower, tried to live up to the dictum. But his growth remained as much as that of a bonsai plant. Reached a certain height of ideals and then stagnated. Nevertheless, his life, like those of all penmen of substance, is a repository of tales about how India and its classes — bourgeoisie and proletariat — evolved over the last 50 independent years. Joshi proved Marx prophetic in one department — his writings remained outspoken and explosively self-confessing. Even though, they created storms in Hindi journalistic and literary circles on several occasions.

Like a hero from the early 50s movies, Joshi started as a newspaper hawker in Jaipur to defeat his poverty and pull the cart of his family of a widowed mother and physically-challenged brother. Carrying newspapers and magazines baptised him into the world of written word and its charm.

He also had an early taste of the dirty dungeon – the behind-the-scenes lives of politicians. While dropping papers at hotels and guest-houses, he came across many a Rajasthan leader. Some wanted homosexual favours, some wanted him to arrange his girlfriends for them. “Even in the Nehru era, there seemed a grotesque nexus of sloppy politicians and the press… socialists were sexual predators. It was my first glimpse into this filth,” writes Joshi of his infancy days as a journalist. Besides such bitter experiences, there were also moments which enriched Joshi.

He preserved memories of his life as a “bal shirmik (child labourer)” to serve as the guiding light of his future profession.

In fact, a plethora of journalists (both English and Hindi) of yore and present in India have lived life by Marxist convictions. Whether inspired by life or simply by youthful activism on college campuses. In the 1960s, 70s and 80s, years before Dr Manmohan Singh’s economic liberalisation, a majority of journalists used to proudly flaunt their Marxist, Communist or Leftist credentials.

Calcutta (now Kolkata) was once a nursery of Marxist, Leninist and Socialist journalists, writers, artists and budding politicians. Joshi too took off from Calcutta. “It was the Kaaba and Kashi (Mecca and Varanasi) of my career,” he says of the city where he started as TP-operator-cum-Hindi-typist in then multi-lingual news agency, Hindustan Samachar, and soon was tutored into reportage of political conflicts and communal riots. These two areas are the elixir of any reporter’s life and serve as a route to understanding India.

He learnt his lessons and ended up in Bhopal with Nai Duniya daily, then one of the most prestigious and powerful dailies of India, most specifically of the power-belt, north and central India. It was with this daily that Joshi saw the asli duniya (the real world): The shenanigans in power corridors, the power of the press, the behind-the-scene theatre of the political and social life of the elites. “It was routine for journalists to play broker among politicians. They used to get such benefits from the government as rationed sugar to keep them in good humour,” he writes. He learns of another malaise that afflicted Indian media – the dominance of upper castes like Brahmin, Rajput and Kayasthas in almost all newsrooms.

The fruit of his sojourn was the cultivation of his relations with Arjun Singh, then emerging Congress politician from Madhya Pradesh and later Union HRD minister in the P.V. Narasimha Rao Cabinet and UPA 1. His friendship with Singh lasted till Singh took his last breadth. Singh made him his official biographer for the Arjun Singh: Ek Sahyatri Itihaas Ka (Arjun Singh: A Fellow Traveller of History).

Joshi describes Singh as a people-friendly, popular, tough, bitterness-absorbing, deserving-and-yet-deprived sort of leader of Congress. “Like Narasimha Rao, Singh too was not in favour of action against kar sevaks who demolished Babri Masjid on December 6, 1992. He feared Hindu backlash,” he writes of Singh. On another occasion, he notes the outbursts of Rani Saroj Singh, wife of Singh, against Sonia Gandhi, UPA chairperson, over ignoring Singh for presidentship and another term in the HRD. Both these exposes reverberated as bombshells within the Congress. And Singh finally retired into obscurity before his death in 2011.

Besides his hobnobbing with players of power, Joshi’s travels to document Indian poverty in its starkest forms – in Chhattisgarh, Odisha, Madhya Pradesh, Rajasthan, Northeast, and so on – make for compelling reading. It bares the truth about several customs prevailing in the rural heartlands. In Dantevada, which became a laboratory of armed tribal struggle and continues to burn even today, Joshi finds families who willingly sold their girls to flesh trade. “It was both a profession and tradition for them,” he writes, detailing the experience of a night he spent in the residence of such a girl.

His memoirs of Dantevada, when published, stirred curiosity in English press and then correspondent for India Today, Prabhu Chawla, borrowed them from Joshi to write his report.

One more interesting anecdote that Joshi shares is of legendary filmmaker Ritwik Ghatak. He writes, “Ghatak called Mahatma Gandhi ‘surrail bachcha’ (son of a pig)… interestingly some years later, he was awarded Padmashri by then Prime Minister Indira Gandhi.”

Inspired by Marx, (Pablo) Neruda and other revolutionary figures and coaxed by famous Hindi editor-writer Rajendra Yadav, Joshi agreed to write confessions (stories of betrayals) about his life and people who played a part in it. He wrote a few pieces for Yadav’s acclaimed journal Hans around 2005 onwards. His essays, which are at the end of his autobiography, stirred a hornets’ nest in Hindi circles. These no-holds-barred confessions break all stereotypes attached to Hindi writings. They are bold, discuss sex, expose people and the ideologies they follow and demolish reputations.

On a personal note, Joshi shares the story of his romance with a university research scholar in Bhopal. Daughter of a senior IAS officer, she was a free spirit and a woman of many men. Joshi fell in love with her. Veered from his revolutionary path and forgot to change the world. But he could not convince the girl to marry her and married a “simple girl” instead. He took to the life of a working pressman and then the academic to run his household.