Done in bursts, a suggestive & elegant portrait of Japan

A Beginner’s Guide to Japan in most parts is written in short bursts. 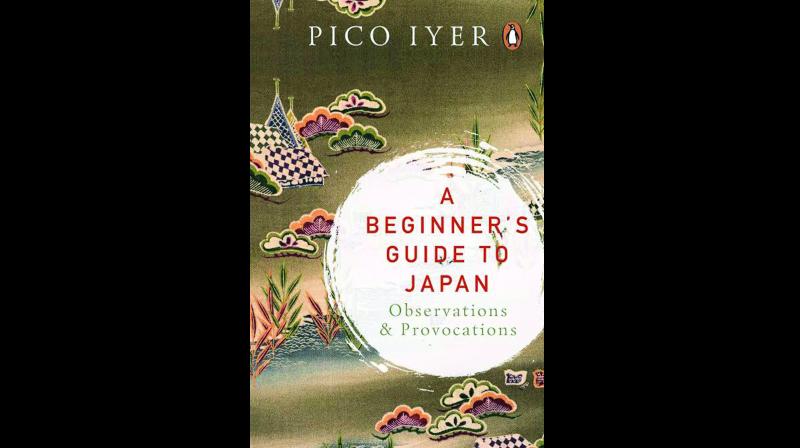 This is the story of Japan. In bursts. Of hope and humour. Of philosophy and playfulness. Of insight and introspection. Of surprises and subtlety.  Japan is a world we are only partly familiar with. Pico Iyer’s A Beginner’s Guide to Japan: Observations and Provocations steers us through its myriad mysteries — revealing yet not unravelling, keeping us riveted all along.

Japan is a country we are mostly in awe of. It is a symbol of success, precision, admirable technological progress, of understated elegance and the strength of its currency, the yen. It represents a society which is forever hard to penetrate. An outsider remains an outsider for a number of reasons.

When the Hungarian-born George Mikes (famously pronounced Mikash) wrote his iconic book How to Be an Alien (which, incidentally, finds mention in Iyer’s book too) way back in 1946, it was an inverted look at England and the English people, with the accompanying quirks, kinks, whims, et al. And it was kind of spot on. Which is why he could use lines like “Continental people have sex lives: the English have hot water bottles”, and get away without a scratch. Pico Iyer in 2019 sticks to the rules. And yet he cannot help alluding to Mikes’ book to say: “If, as Mikes says, ‘in England everything is the other way around,’ Japan manages to be the wrong way around from England, without ever becoming Hungary.” Iyer draws parallelism with England in certain other places too: “In England, Japan’s Western cousin, I learned that the ultimate sign of intimacy is not all you can say to a friend, but all you don’t need to say.”

In fact, Pico Iyer hardly comments. He observes. And serves his observations on a platter. For all to see. And understand. And ruminate. And consequently, adjust their views on Japan.

A Beginner’s Guide to Japan in most parts is written in short bursts. Keeping the thoughts disengaged. Independent. And yet linked by an invisible thread. It is almost structured like the Japanese haiku poem. It is not so much as keeping to the haiku meter technically – but largely keeping to the haiku spirit as it is supposed to be.

Iyer’s book is personal, yet not intrusive. The Japanese are known to cherish their privacy. And he succinctly quotes Shakespeare’s King Lear by way of explanation: ‘Have more than thou showest,’ as the Fool advises Lear, ‘speak less than thou knowest’. Understated is elegant. When Iyer talks of Tanizaki’s essay “In Praise of Shadows” on Japanese aesthetics, he refers to how the essayist extols the beauty and suggestiveness of all you can’t see, because that gives the imagination, the inner world, more to work with. And that is what the book strives to offer too —ample fodder for thought!

The author etches out Japan with skilful strokes of poignant phrases. He tells the story of the country, the people, their emotions without the conventional storyline. And you don’t need a story to be told either when all he says is: “No word,” wrote Japan’s Nobel Prize-winning novelist Yasunari Kawabata, “can say as much as silence”. And there’s immense beauty in the lines: “Departing a Japanese garden, you hope to carry some of its pruned stillness out into the streets; the only thing you need leave behind is yourself.”

Iyer chooses his words carefully, respecting and caring about the country he calls his own for the past 32 years. But that is also because he does not wish to present a picture contradicting reality, which is likely to amount to a travesty of sorts. He loves the clean air, looks up to the country which “by every measure [is] at least six times safer than the United States”, a place and people in constant motion, the fact that it is increasingly opening up to the world with Miss Japan 2016 being a part-Indian called Priyanka, that Japan today thinks that Tradition is not merely Preservation, the deep-seated Japanese philosophy that “What you have is all you need”. We are treated to endearing snippets of Japanese daily life (“Lacking space has naturally made the Japanese masters of making space — in a crowded rush-hour train, in a poem or a painting”), that Japan is the land of bento box, that the Japanese are excellent guests at a hotel outside their country though they are likely to follow it up with maximum
complaint letters, how a convenience store looks like every other, how putting on a designer suit to go to the ATM is quite normal, how the Japanese are as adept at not looking as they are at not speaking. Eccentricities abound in the tidbits as does humour. And this is interspersed with personal anecdotes of the author’s Japanese wife and daughter, which at once make the book so very identifiable.

Pico Iyer has an enviable style, and a consummate command over the language. He weaves his anecdotes in and out of predictable spaces and makes them delectable, keeping the wonder element intact. Not an easy thing to do.

Iyer signs off with a letter that touches upon the ravages of World War II and the scars of Hiroshima and Nagasaki, which the country still has not managed to let go of, a pain too strong to bury.

The book is a must-read, for all the right reasons, with a promise of an experience to cherish.