For the love of the written word

Having won a competition for young aspiring writers, Sreemay became one of 20 contestants to get a three-book deal with Amazon Kindle Books. 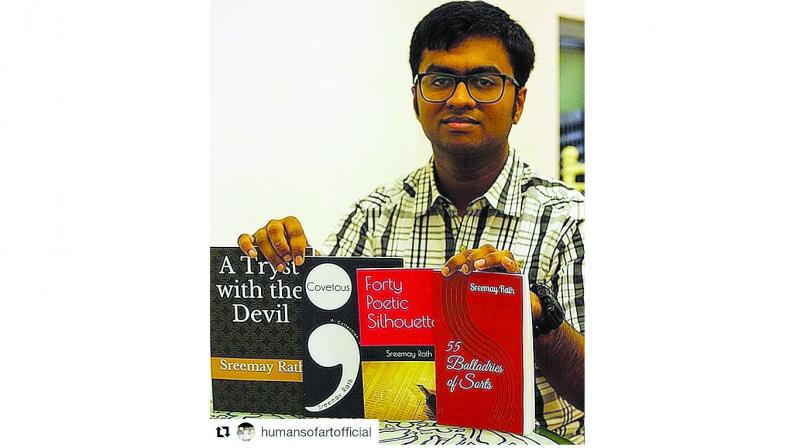 Sreemay Rath started penning down words before he hit his teen age. An avid reader, he remembers that it was his father, with his love for P.G. Wodehouse, who first introduced him to the world of books. Like many, Sreemay followed the publish-or-perish impulse and after over a hundred rejections, finally found himself a published author at the tender age of 16.

Now heading towards 18, Sreemay has already published four books and is awaiting the release of his fifth. The city-boy’s fifth book — To Winter — which will be out in May, is being published by Bombay Kala Books and will contain a collection of confessional poems.

“I wanted to delve into the paranormal genre because there hasn’t been much written about it in India,” says the young author. “And what there is, is very grandiose. There isn’t much truth to it. My first book doesn’t have demigods and demons fighting wars, but just ordinary people who find themselves in extraordinary situations.”

Having won a competition for young aspiring writers, Sreemay became one of 20 contestants to get a three-book deal with Amazon Kindle Books. Though he had started out with a supernatural thriller, he switched to poetry for the rest of his books. “I have always been a follower of more traditional poets like John Keats and Edgar Allan Poe — both poets of very different genres but with considerable following. Today, you don’t find that kind of following for poetry. I feel like only poets read the works of other poets,” laments Sreemay. 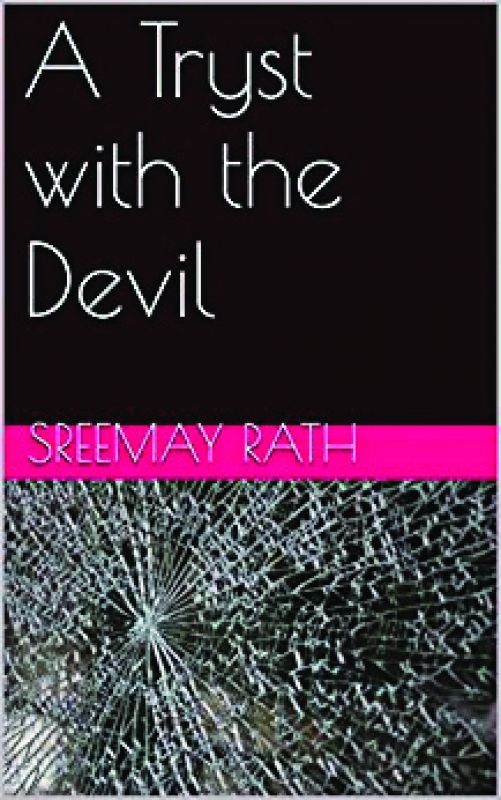 It was partly to change this attitude that he decided to publish volumes of his poetry. “Hardly anyone publishes poetry anymore, and those who do are Insta-poets like Rupi Kaur. That’s what it has all come down to — we want to consume everything instantly, including poetry. No one reads long-form,” he sighs. “You ask kids nowadays about Rumi and they may even think that you’re mispronouncing Rupi! I wanted to change that attitude and bring the focus back to poetry. I had also written over 100 poems by the time my first book was published, so it was only natural to make the switch from prose to poetry.”

Sreemay’s attempt at creating fodder for the poetry market seems to have paid off, since his fourth book — Covetous — has made it to the Amazon Bestsellers list. An old soul, Sreemay prefers poetry in its purest written form. Even the Indian spoken word scene seems to be saturated to the young poet.

“I feel like people in the spoken word scene are not really communicating real topics well. It’s become a lot about who can shout their frustrations out the loudest and garner applause. I feel like the scene has become somewhat toxic. Written poetry is more up my alley,” he confesses.

The image of a starving artiste may be a romantic one, but certainly not a pragmatic route to take. As such, Sreemay is busy preparing for his board exams for class 12. Used to juggling the pressures of student life with those of a published writer, Sreemay says that it’s all about having a timetable. “I usually give five to six hours a day to studies and a couple of hours to some form of creative writing or recreational reading. That way, I am able to maintain a balance. Sometimes, the pressure does get to me, what with exams so close and assignments to be completed. But I try to find time to do what I really love — writing,” he signs off.