A serious drawback for India is that for over 74 years since its independence, its actual history has not been taught in school 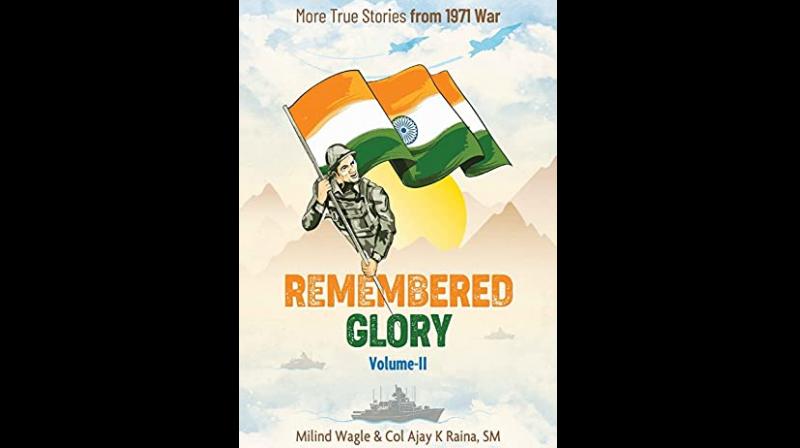 On December 16, 1971, 93,000 Pakistani soldiers surrendered to the Indian Army in the newly liberated Bangladesh. (Image: Amazon)

The 50th anniversary of the 1971 India-Pakistan War which culminated in liberation of Bangladesh, got marked by a number of books getting launched. In the lead is Remembered Glory, a welcome compendium of anecdotes/incidents/events straddling that war, many of which have been not much known but all of which are of critical actions as also informative and inspiring.

A serious drawback for India is that for over 74 years since its independence, its actual history has not been taught in schools. Much of that history, marked by many wars/conflicts has been supressed, or tampered with. In such circumstances, books, journals, films, theatre, and the media covering wars and conflicts, play an important role in raising public consciousness.

The 1971 war stands out in some respects as an exception. It was a war well-planned and conducted almost in a Kautilyan mode. Indira Gandhi was an exceptional Congress leader, assertive in dealing   with Pakistan in 1971.

Mrs Gandhi also scored against the Chinese in 1967 when she approved use of artillery by the Indian Army at Nathu La and Cho La, Sikkim. However, in the peace talks that followed the war, she  failed to make Pakistan follow the principle of quid pro quo in terms of returning Indian prisoners.

The authors indeed deserve praise for their devoted, innovative and sustained effort to present 82 true stories of valour, over two volumes, of the 1971 India-Pakistan war lasting officially 13 days, in two theatres — Western and Eastern — and resulting in the liberation  and birth of a new nation, Bangladesh. The struggle involving Bengali youth of erstwhile East Pakistan forming the Mukti Vahini began in March 1971, when “Bangabandhu” Sheikh Mujibur Rehman won a massive electoral victory which the Pakistani army simply could not digest.

It was very tense circumstances under which Tony Mascarenhas, a Pakistani journalist got his story of Pakistani army's atrocities in East Pakistan published in the Sunday Times, a British paper, only after he was lucky enough to move with his family in a great hurry to the UK, where he was speedily offered sanctuary. The story broke and shocked the world but failed to move any nation to take any action against Pakistan. The US had already committed its 7th Fleet to enter Indian waters in support of Pakistan. Indian Navy Chief, Admiral S.M. (Charles) Nanda’s message to commanding officers of all Indian naval ships were that if the Americans came too close, “call them aboard for a drink”.

On December 16, 1971, 93,000 Pakistani soldiers surrendered to the Indian Army in the newly liberated Bangladesh. Taken as prisoners of war, they were nevertheless treated most humanely as promised by then Army Chief, Gen. (later Field Marshal) Sam Manekshaw. Over a year later, all 93,000 were repatriated in excellent health. In most harsh contrast, Pak army conducted the worst kind of torture by keeping at least 54 Indian Armed Forces personnel including many officers captured but not registered as PoW. Every time there was a Red Cross arranged check, these hapless Indians were shifted from one jail to another, effectively hoodwinking officials and relatives who came to check. Not being able to get these very unfortunate Indian personnel released from Pakistan is a major failure of the Indian government. Those alive are still languishing in Pakistani jails. The list is published in the first edition.