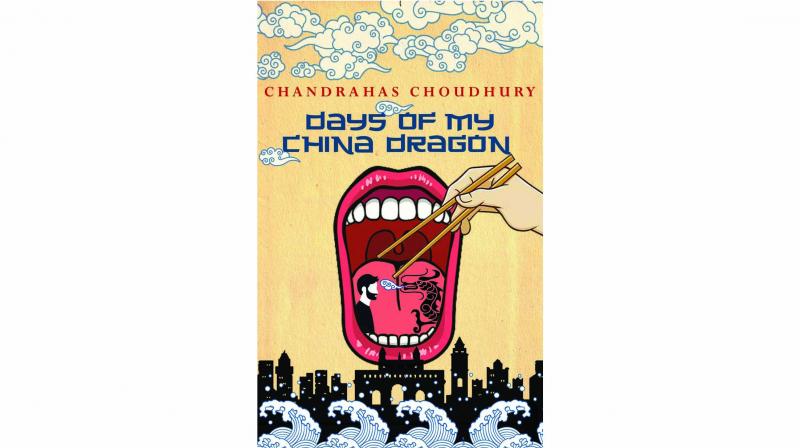 The days of my china dragon, By chandrahas choudhury Simon & Schuster pp.264, Rs 299.

The five senses we as humans readily experience — sight, hearing, smell, taste, touch — are inextricably linked to our literary and artistic practices.

Chandrahas Choudhury’s new book, The Days of My China Dragon (Simon & Schuster), contains beautifully cadenced stories of food and love. They are rich in texture, depth, detail — full of humanity and humour.

This book contains 22 short stories of varying lengths — from several pages long, to a couple of pages, to just one page, and one with just two lines — “ ‘Two Kinds of People …’ Eat their meals in a restaurant. Only the staff never waste a morsel of food.” Some of the characters appear and reappear in several different stories too.

The book launch at New Delhi’s India International Centre recently was a wonderfully earthy and meaningful affair, one that included readings and conversation between the writer and the Australian high commissioner Harinder Sidhu (who read out some of the stories beautifully with an inflected elegance). This book is by far, Choudhury’s best one to date — a very fine new book indeed.

Appropriately, another book in the cuisine genre titled Food (USA: Ecco / UK: Bloomsbury) by Anissa Helou is a sumptuously illustrated tome of recipes and stories. A large format hardback at over 500 pages — it journeys through the cuisines and stories of the Islamic world. From the way she describes food, its processes and their recipes, one can tell that the writer has the elegance of seasoned cook where the paramount sense of taste is subtle, the aroma just a hint, and the aftertaste electric.

“Her range of knowledge and unparalled authority make her just the kind of cook you want by your side,” writes the celebrity chef  Yotam Ottolenghi. Spread longingly over seven chapters — Bread, The Whole Beast, Rice, Grains, Pasta & Legumes, The Sea, Spice, Spices Mixtures & Spice Pastes, Fresh Produce, and Sweet Tooth — this extraordinary omnibus is not only a must for every culinary aficionado, but for anyone who enjoys slow eating.

Two short poems of mine find space in this stunning book. Here is one of them,  Eating Rice: “Delicately sheathed, / wrapped / in papery husk — // I love the feel and / elegance of long slender / rice grains — // their seduction / and charm, / their aroma and shape — // their fine flavour / and / the deep virgin taste.” 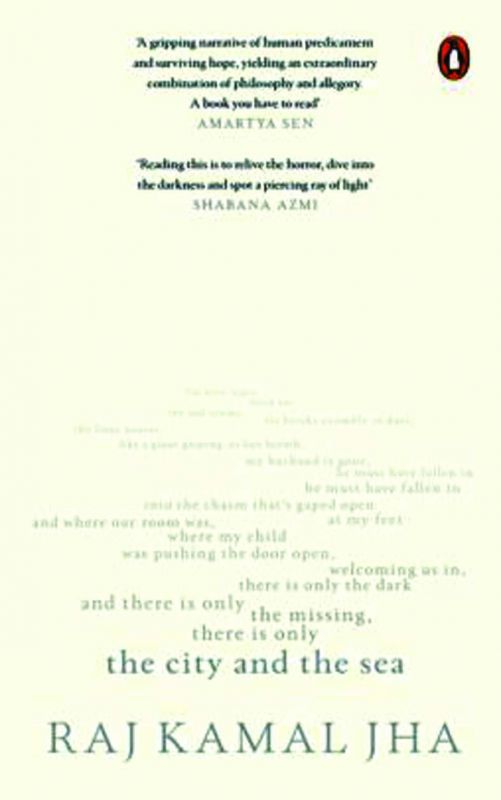 Raj Kamal Jha’s book, his fifth novel, The City and The Sea (Penguin: Hamish Hamilton) — is delicately worded, written and structured — like a membranous accordion that folds and unfolds alternately between “the city” and “the sea” — their concrete and liquid waves providing a natural antithesis to one other — between the opaque, translucent and transparent.

This is also one of the most classily designed Indian books of fiction I have ever come across. The typography alters between italics (all ‘The Sea’ sections are in italics mimicking the shape, slant and flow of waves) and the regular typeface (for ‘The City’ section mimicking the shape of buildings). They are separated by mineshaft grey coloured pages, panels that act as subtle demarcation between umbra and penumbra. The stark matt-white cover with stylish grey receding typeface has line-extracts from his book — scattered with care as a street map, or wave crests following the tides’ ebb and flow.

All this however acts as a soft introduction to the dark menace that is within the book. Novelist Githa Hariharan says of the book that it is one that is “disturbing and relentless, this fictional afterlife of a rape compels us to confront a culture of masculinity that turns men into brutes. But it also gives us the gift of hope — through one woman’s journey to survival, and the collective fight for justice and equality.

At the end of this beautifully wrought novel, we are left with these stunning lines: “And that’s why he says, let’s follow her. He blows the boat’s siren which cuts a gash open in the night, through which a flock of seagulls take to the sky, leaving their perch on the rocks along the coast, flying in formation, white-winged sentinels glowing in the dark. The steering wheel turns, the boat sways and yaws, swerves sharply as it noses towards ours, towards me and all that lies within me, churning the waves in its wake.”

Simultaneously and alternately at the same time — Raj Kamal Jha’s The City and the Sea is searing, poetic, purposefully fragmented, philosophical and allegorical. It is also an important and beautifully crafted book, which everyone should read in our dark times — both for the urgent story it contains and for its high literary value.

Mee and Juhibaby (Speaking Tiger) is the acclaimed actress, Susmita Mukherjee’s debut novel. Mukherjee, a graduate of the National School of Drama, has had a long 35-year illustrious career in theatre, films and television. She first shot to fame as Pankaj Kapur’s feisty assistant in the early days of Indian television serial Karamchand. Unsurprisingly, the story of the novel includes in its fold the Hindi film world; and the tone very Bengali with characters like Chhayamoni, Champakoli, Khokon, Bouma and others reflecting the author’s familial lineage.

Shabana Azmi calls this “a rich and engrossing saga” where the author “captures with sensitivity and humour the fragile equations in a marriage, between mothers and daughters, friends and lovers — and equally, the world of Hindi cinema. This is also a tale of four cities — Benares, New Delhi, Kolkata and Mumbai.”

Mukherjee employs a breezy and effortless writing style, a mode that is not only aptly suited for the unfolding multi-stranded stories within the novel, but also makes it a perfect read on a holiday or while travelling.

Enjoy a small extract from the concluding section of the novel: “After they had gone, Mee asked the cheerful nurse for a mirror and a comb. Carefully she combed back her greying hair into a finger bun, massaged her sagging facial muscles with her hands and from somewhere, a muscle broke free, into a smile. The mirror smiled right back at the beaming middle-aged woman. A somewhat Meehika. Her heart skipped a beat and a loving warmth enveloped her. She would forgive. She would tell Kishore Bohitdar the truth about his daughter, soon. Tomorrow perhaps.”