The most fearsome, marauding military leader’s story told in flippant puns and jokes

Genghis Khan, founder of the Mongol empire was a military genius, a notorious tyrant who used psychological warfare to win battles. 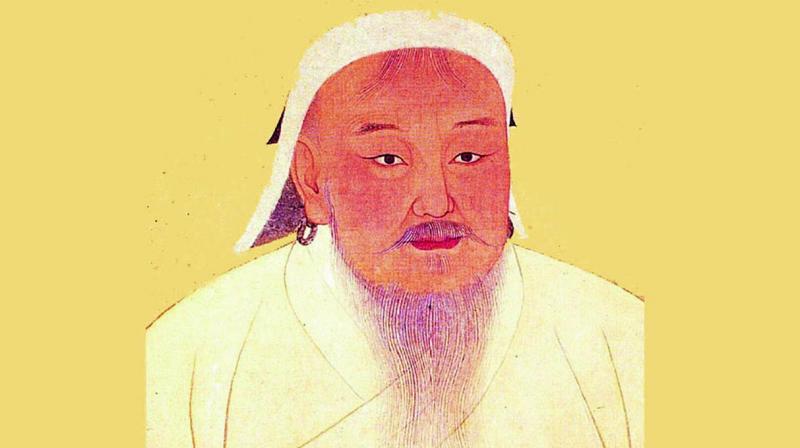 When I decided to review The Gory Story of Genghis Khan by Nayanika Mahtani I expected a lot from the book, going by the blurb. But the book was a big letdown. Maybe my expectations were too high, but after I finished reading it, I let out a huge sigh of disappointment for what was done with the story and to the story.

I opened the book, happy that I was getting a close look at one of the most feared characters of history, but all Ms Mahtani has done is make Genghis Khan look like a buffoon. I’m not saying that she should have put him on a pedestal, far from it, but my main grouse is the irreverent, often flippant way the entire slice of history that Genghis Khan and the Mongol empire stands for, is treated with. I’m sure she could have kept the tone of the book light-hearted without lampooning everything.

Genghis Khan, founder of the Mongol empire was a military genius, a notorious tyrant who used psychological warfare to win battles. He created an empire that covered one sixth of the Earth’s total land area. In just 25 years he conquered more land than the Romans did in 400 years. The Mongol empire extended from the Pacific Ocean to the Mediterranean Sea, Genghis Khan cut a ruthless path through Asia and Europe leaving almost 400 million people dead, wiping out about 11 per cent of the World’s entire population at the time.

Granted that Ms Mahtani has dug out a treasure trove of information that would otherwise have been gathering dust inside the covers of thick history books: like Genghis Khan gave the world its first postal system, set up the most sophisticated spy network of its time, revived the Silk Road (ancient trade routes that connected Asia with Europe, Middle East and Africa), popularised the use of paper money, gun powder and compasses in the West.

He is believed to have fathered so many sons that 0.5 per cent of the world’s men (roughly 16 million men) can claim him as an ancestor. Born as Temujin in 1162 CE, holding a blood clot in his hand, this illiterate boy adopted the name of Genghis Khan (which means ultimate ruler of the universe) a name given to him by the wise tribe elder — Mongopedia. At the age of nine, Temujin is dropped off by his father (like all Mongol boys of that age) to live in the house of his prospective bride Borte whom he would marry when he turned 12. While returning home, his father is killed by the leader of the Tatar tribe. Temujin returns home to take his rightful place in the Borjigin clan, but the elders throw his family out. 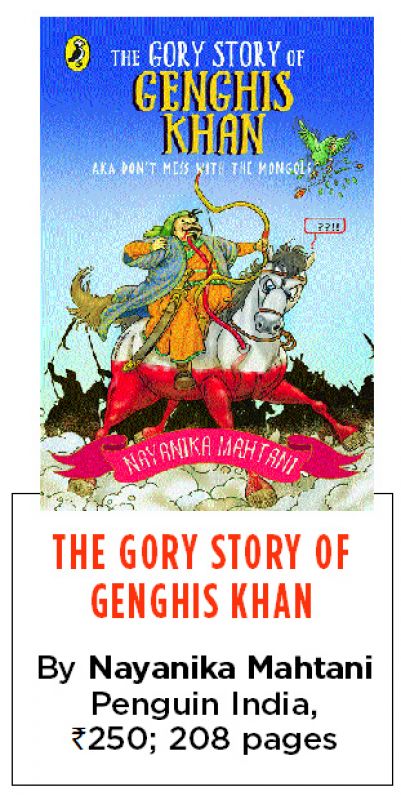 When he turns 16, he marries Borte. Soon after his marriage his bride is kidnapped by a rival tribe. Temujin gathers a small army and goes on a rampage to rescue his bride. He also becomes a hero by uniting all the warring tribes of Mongolia. He later decides to conquer more regions by throwing a dart at a map of the world from between his legs (this act was a huge turnoff for me), this dart lands on China. When he comes to know that the Chinese emperor has hired mercenaries as soldiers, he bribes them to switch sides.

But when he reaches the walled city of China, he realises that his horses won’t be able to get past these walls. He blackmails the Chinese engineers to build him catapults and siege towers to overcome the walls. He later goes on to conquer Khwarezm (a name he pronounces every which way) empire-a major power in western Asia which included parts of present day Iran, Uzbekistan, Afganistan and Turkey.

The book is narrated by Yakkety Yak (a yak), a tireless time traveller who considers himself witty, interspersed with the yakking I mean narrating, is the updates by Yuherdit Hearfurst (you heard it here first), a reporter hosting the ‘Steppe on It’ programme and there is Genghis Khan’s conversation with his family, friends and later his troops, in italics. This part grated on my nerves, especially the lame jokes and puns. I disliked the way he called his soldiers “nonsensical nincompoops, muddle-headed morons and blockheads”, asking them to do wheelies on horses or ended his talk with “Mwah ha ha.” All this came across as incongruous.

I appreciate the research Mahtani has done, but I am cheesed off with the fact that to appeal to the current generation of readers she has tried to be too cool; the story makes lots of references to popular culture and things like Harry Potter, Yakoo (Yahoo), YakDonalds (MacDonalds), Mongolia’s Got Talent (India’s Got Talent), Master Chef, Jafar (James) Bond, Mongopedia (Wikipedia and Hacking, for me that is the book’s biggest failing.

These references didn’t enhance the story, in fact, they made the story come across as a hotchpotch, a potpourri of ideas with none of them making an impression on the reader’s mind except for comic gratification. I must have chipped off a couple of my teeth in frustration every time Genghis Khan’s troops started rapping. The least Mahtani could have done was to be authentic to that time frame. The illustrations though were nice.

The book would have been wonderful if Ms Mahtani had stuck to telling a simple story without all the unnecessary ingredients that she added into it, because all said and done, she has a nice way of writing, which in this case somehow got lost in trying to be too smart and too funny.