Indians rhyming in English have come such a long way

In the last two decades, Indian poetry in the English language has developed by leaps and bounds. 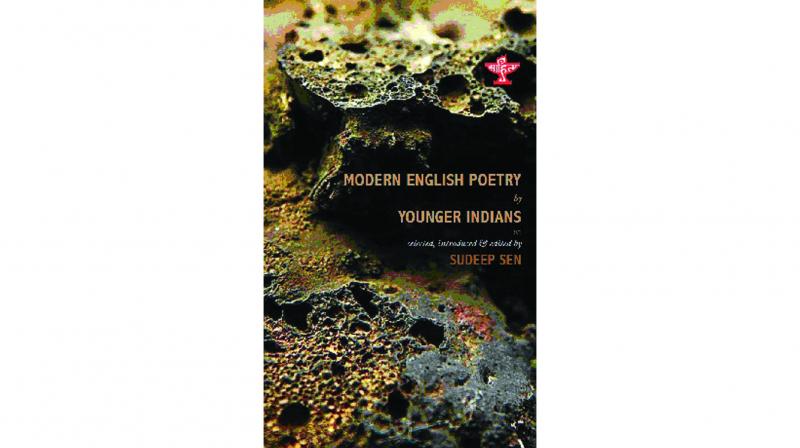 Nearly a hundred years have passed since E.V. Rieu’s India in Song: Eastern Themes in English Verse by British and Indian Poets (Oxford University Press, 1920), one of the earliest known attempts to present Indian poetry in English in serious anthology form. Since then many more anthologies have appeared (including significant ones from Macmillan, Orient Longman, Oxford, Rupa, Penguin and HarperCollins), and through them one can see and map the trajectory of Indian poets — their outlook, approach, innovation, language and a varied evolving style. In the early years, Indian verse in English tended to be imitative, almost Victorian. Then came the use of Indianism in Indian English poetry. Barring a few exceptions, it was really not until the late 1900s that Indian poets wrote as if English was one of their own mother tongues.

In the last two decades, Indian poetry in the English language has developed by leaps and bounds. New poets have emerged, introducing new literary tropes, and extending the scope of the poetic muse. What marks them is their confidence — they are unafraid and outwardly political; they engage head-on with gender issues, aspects of intolerance, inequality and divergent sexualities; and their approach to language is free, open and unabashed.

The contemporary scene is truly vibrant and full of the energy that poetry demands and thrives upon. In the introduction of The HarperCollins Book of English Poetry (by Indians), which I had edited and curated in 2012, I had stated, that the best of English-language poetry by Indians is far superior to the vast amounts of average English-language fiction that is being published regularly. That significant anthology, spread over a mammoth 550 demi-sized pages, contained 85 poets born after 1950.

In 2016, an exuberant new anthology of young poets, 40 under 40 (Poetrywala) of “post-globalisation poetry”, was one of the many proofs validating my statement of five years ago. Also in 2017, Indian Literature published a special issue of its journal showcasing the best of “21st Century Indian Poetry in English”. Three recent international anthologies: World English Poetry (Bengal Foundation), Capitals (Bloomsbury) and Name Me a Word: Indian Writers Reflect on Writing (Yale) contain many top Indian poets. Additionally, several magazines like The London Magazine and Modern Poetry in Translation (both UK) have brought out special issues of new Indian poetry.

India has now reached a critical mass where high-quality English-language Indian poetry is readily available to anyone who wishes to find it.

Modern English Poetry by Younger Indians (Sahitya Akademi, pp.256, `300) published this month, contains only younger poets who are in their 40s or below. I am sharing a quick background on a few of the poets featured, by way of a sneak peek into the book.

Rohan Chhetri and Rohinton Daruwala had been my top debut picks in 2016. Chhetri’s Slow Startle (TGIPC) is remarkably assured and tightly controlled. He knows exactly how and when to break a line, when to resort to understatement and irony, and he does this in a language that is finely cadenced — ‘Afghan Refugee’: “From her shoulder blade the background softens, / where her scarf, once-draped over her head, vanishes /  into a green eel of silence.” The eponymous poem in Daruwala’s The Sand Libraries of Timbuktu (Speaking Tiger) opens remarkably: “What does a book that’s been / silent for seven hundred years / say when you open it?” His poems reveal themselves gently — slow, astringent and evocative; deliberate and thoughtful.

Amit Majmudar’s recent volume, Dothead (Knopf), “is an exploration of selfhood both intense and exhilarating”, as he sensitively deconstructs the bipolar notion of being an American and a foreigner (“my dark unshaven brothers / whose names overlap with the crazies and God fiends”). He is particularly skilled at the “long-poem form”. His poems are very clever — “Ab ovo / or from supernova. / we’re less de novo than // abracadabra, ….” (‘From the Egg’), as well as exact — which is unsurprising as he is also a diagnostic nuclear radiologist by profession.

Jennifer Robertson's debut volume, Folie a Deux, is forthcoming. She is an intelligent and thoughtful poet possessing an urgent passion for language. She is particularly concerned with ideas of ekphrasis, cinematic tropes, colour and surrealism — as we partly see in the poem ‘Pip’s Prologue’: “Bolaño says, / all poets, even the most avant-garde // need a father. He says / that poets are orphans by vocation. // So, I wait by the window / for a sparrow to arrive, while I rehearse my lines: // Dad, here's your coat.”

English-language Indian poetry (not to mention the hugely vibrant non-English scene in India’s many diverse languages) is now a cause for great celebration. This volume celebrates the incredibly varied, rich and exciting poetry by the younger generation. I hope the readers will savour the divergent spectrum of verse that appears within the pages of this anthology.

As the Caribbean poet of Indian descent, Vahni Capildeo, writes: “Language is my home. It is alive other than in speech. It is beyond a thing to be carried with me. It is ineluctable, variegated and muscular."

Sudeep Sen is a writer, translator, literary editor and photographer