Did the Congress give Sikhs the short shrift?

The loyalist image of Sikhs, the author informs, first received a rude shock with the launching of the canal colony agitation. 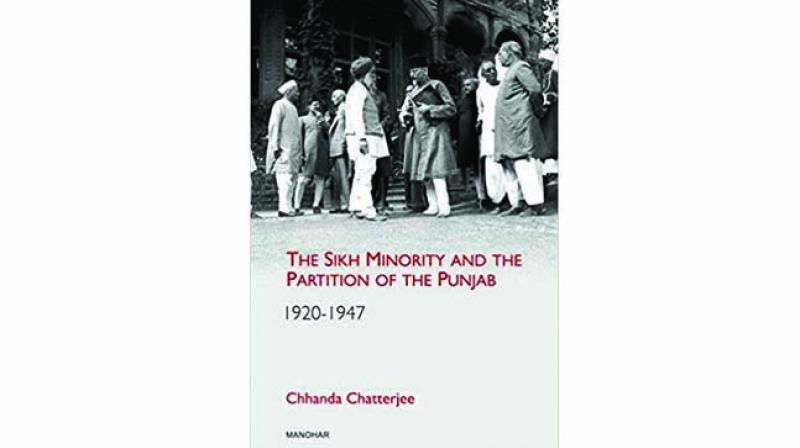 The tiny community of Parsis (Zoroastrians) threw up a line of civilian leadership during the freedom movement. They acted as a model minority who served the national cause, from Dadabhai Naoroji to Feroze Gandhi, without considering the interest of their own community. The presence of Tatas, Godrejs, Wadias and Modys prove that it was not a bad decision.

The political response of the Muslim community in colonial India was dissimilar. Right from the days of National Mohammedan Association (estd. 1877), founded by Syed Ameer Ali, they charted out an alternative course. The bulk of the community saw in the Congress a masked agenda for Hindu domination. The interest of the community took precedence over the freedom movement, leading to the creation of Pakistan.

The response of the Sikh community, another minority, was more ambivalent. It was neither of absolute participation in the national life (despite Ghadar martyrs, Bhagat Singh and Udham Singh) nor of secession despite ad hoc demands of “Azad Punjab” and “Khalistan” raised at some point. The community had a shared past with Hindus. They had dominated the history of Punjab in 18th and early 19th century by the dint of sword. It had touched the highest watermark during the 40-year long rule (1799-1839) of Maharaja Ranjit Singh. Though vanquished in the Anglo-Sikh Wars, the community still enjoyed large share of recruitment in the colonial army.

But the community could not develop requisite skill sets, necessary in the age of civilian politics. While the Sikhs politics revolved round the gurdwara, they failed to throw up secular leadership. While in the age of swords, a 10 per cent population was enough to dominate Punjab, 14 per cent (as per Census 1941) proved too small to merit any special attention by the Congress or the Muslim League. The Sikhs who had once punched above their weight, failed to be at par in the politics of colonial India.

Chhanda Chatterjee’s latest book, The Sikh Minority and the Partition of the Punjab 1920-1947 (Manohar, 2019), makes a nuanced reading of the subject. Prof. Chatterjee, who formerly acted as the director, Guru Nanak Dev Studies, Visva Bharati University, has previously written about Sikh themes in the colonial setting.

The crystallisation of Sikh “identity”, feels the author, was result of 19th century reformation that affected several other communities as well. Sikhs were enumerated as a separate community in the 1868 Census in Punjab, whereas they had been enumerated along with the Hindus in the 1855 Punjab Census. In the 1870s, the Sikhs realised the need for associations and institutions for promotion of learning and literature. The Singh Sabha was founded in Amritsar in 1873 and Lahore in 1879. The Arya Samaj, which began to publicly criticise contemporary Sikhism in 1885 for the same evils for which it had earlier assailed Hinduism, further provoked this alienation.

During the 19th century the Sikhs remained a loyal community. They were favoured by the British in military recruitment, which led to their disproportionate presence in the colonial army. Yet the Sikhs were left out in the cold when the Morley-Minto reforms introduced the principles of “separate electorates”, from which the Muslims benefited in Punjab.

The loyalist image of Sikhs, the author informs, first received a rude shock with the launching of the canal colony agitation. It resulted in the deportation of Sardar Ajit Singh (uncle of Bhagat Singh, whom the martyr never saw in his lifetime, but he later on returned to India) and Lala Lajpat Rai. The Ghadar movement, launched by expatriate Sikhs, also ended in disaster.

In 1920, there arose the Gurdwara Reforms Movement, to wrest the Sikh shrines from the hands of degenerate Hindu mahants. The Sikhs, encouraged by the Congress, joined Mohandas Karamchand Gandhi’s Non-Cooperation Movement. But soon as Gandhi called off the movement, the Congress abandoned the Sikhs, and the community was left to fend for itself. The author describes a few other attempts of the Sikhs to align with the Congress in the late 1920s and mid-1940s. But the cold and insensitive attitude of the Congress repeatedly forced them to break off. The Congress rather tried to woo the more numerous Muslim community.

The Sikhs stood to lose most from the Partition, because in no district of Punjab they formed a clear majority. Their reaction to the Partition proposal fluctuated between denial and complete opposition to securing an independent “Khalistan”. The Sikhs developed their own militia, like the Akal Fauj, which was funded by wealthy Hindus. This contributed to spiralling communal violence in Punjab. The Sikhs figuratively stood on the burning deck of a sinking ship in the land of five rivers. Ultimately the Partition declaration fell like a gilloutine upon their neck; and 2.5 million Sikhs trapped in western Punjab had no alternative but to flee across Ravi waters to the Indian side, notwithstanding its “Hindu majority”.