The Land of Fire

A former Soviet Republic, Azerbaijan holds hidden treasures for visitors who are willing to adventure into the unknown. 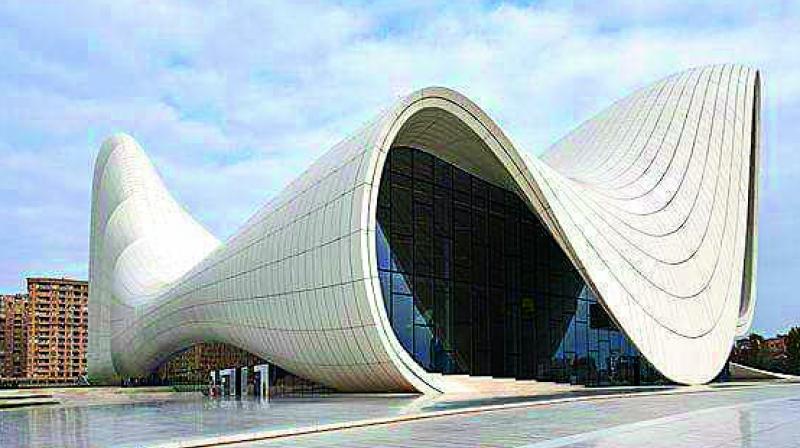 Azerbaijan — the name conjures up images of a country filled with hijab-clad women, donkeys bearing loads, and walking down narrow street alleys where men sit and smoke shishas. At least, these were my assumptions about the country when the plane landed at the Heydar Aliyev airport. Much to my astonishment, I had to quickly retract those assumptions as what stood before me was an architectural marvel with world class technology in glass and steel. Instead of hijab-clad women, there were the most beautiful Russian and European ladies, a vision of exotic beauty in the most modern clothes and instead of donkeys on the roads, all you could see were speeding BMWs and Audis! My driver-cum-guide, the handsome Suleyman drove up in a BMW at the airport to pick me up, and certainly not in a donkey cart!

Yes, that’s Azerbaijan, a rich country thriving solely on its oilfields. In fact, there is so much oil around its capital Baku that just a few meters below the soil, the gushing oil has made billionaires out of this country.

Check the capital Baku out
The capital is a lot like Paris or Milan and wandering around the city, you feel like you could be anywhere in Europe. The best time to visit Azerbaijan is in April or September when the climate is pleasant. Wandering in the capital, I first made my way to the quaint old city which also happens to be a UNESCO world heritage site with towers and minarets. Baku is architecturally very rich and my favourite was the modern and striking Wave building called Heydar Aliyev cultural centre with exhibits by the most exalted artists of Azerbaijan. My next stop was the caravanserai that used to be on the Silk Road, now home to the Mugam Club, a very popular restaurant serving Azerbaijani food.

Fire worship
Fossil fuel reserves abound around the Yanar Dag and Ateshgah, two places where fire comes out from natural gas and forms natural flames. The Yanar Dag mountain has been burning from time immemorial while the Ateshgah or Fire Temple is believed to have started burning in the 6th Century, prompting the Zoroastrians who came here to build a huge temple complex around it. This temple has inscriptions from the Adi Granth in Gurmukhi made by Punjabi traders from India during the middle ages and there are also Sanskrit inscriptions in praise of Lord Shiva and Ganesha. 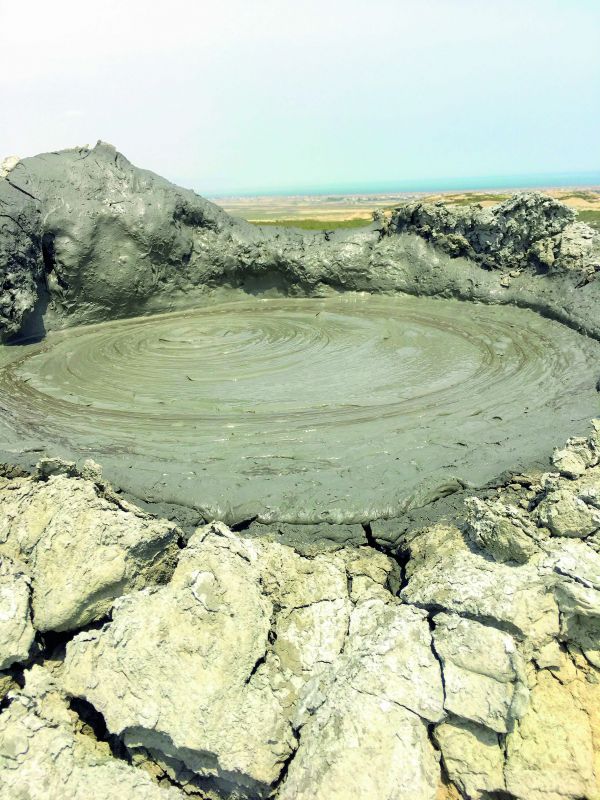 The caravanserai that used to be on the Silk Road, in of city Sheki

The cave paintings
Gobustan, which is 60 kilometres from Baku, is home to prehistoric cave paintings or petroglyphs dating back to tens of thousands of years. Even now, they are so well preserved, depicting images of women dancing and men hunting, reflecting the way people lived back then.

Gurgling mud volcanoes
It is said that 300 of the 700 mud volcanoes sit in Gobustan, Azerbaijan and the sight is almost unreal as you see the small pits in the earth gurgling and spouting mud a few feet high, enough to cover you completely.

Go up the Flame Towers
The Flame Towers architecture is something I have never seen before, and it’s the most iconic structure of the city with three skyscrapers side by side in the shape of a flame, depicting the land of fire. The views from the observatory deck are simply amazing.

Azeri food
Food here is vaguely Middle Eastern. Meals begin with a salad, typically cucumbers and tomatoes along with radish and herbs.

There is bread and salty cheese too. Then come the kebabs eaten with sour plums and some meat dishes or a chickpea soup. The meal usually ends with tea, which the Azeris drink with lemon. The style is to pop a sugar cube and slowly drink the tea till the sugar melts in your mouth. 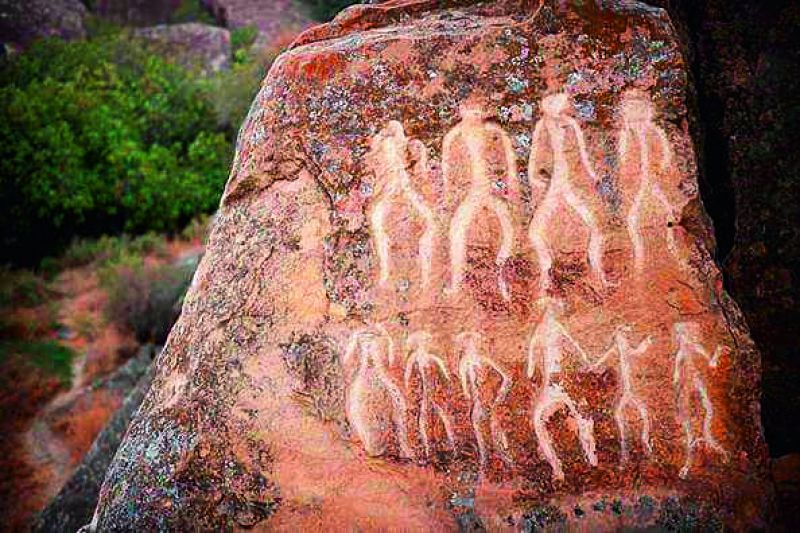 The mud volcanoes, also in Gobustan

Shake it like Sheki
From Baku, my explorations took me to Sheki, around 300 kilometres away from the capital. What attracts you the most about Sheki are the landscapes of mountains and nature in full bloom. The top sight to explore is the Sheki palace, the summer palace of the Khan dynasty, where the rooms are painted with floral and nature motifs and decorated with stained glass in lattice wooden frames. The locals call it Shebeke. I
also visited the caravaserai which is now converted to a hotel. Although a bit run down, it is yet maintaining its traditional touch.

The Sheki halwa
It’s the famous Sheki halwa that attracts a lot of people to taste the rich nutty but very sweet halwa in different flavours. My guide insisted I taste it and while it was too sweet for my taste buds, it was definitely a hit with the locals and the tourists.

Why visit Azerbaijan:
1 It’s a very modern country, but historically and culturally very rich, completely different from your imagination.
2 It’s safe and fun to see a liberated Muslim country where women can be admired for their striking beautiful features, not to forget fashion, which is at its finest best here.
3 Close proximity to India and easy e-visa for Indian nationals.

How to reach Azerbaijan
The best route would be to travel to Sharjah and then take flydubai to Baku.

— The writer is a travel enthusiast. All photos are by Vibha Jain