Lawyer with a heart

Birendra Sangwan talks about how he took on the medical fraternity and brought about a capping on the prices of coronary stents in India. 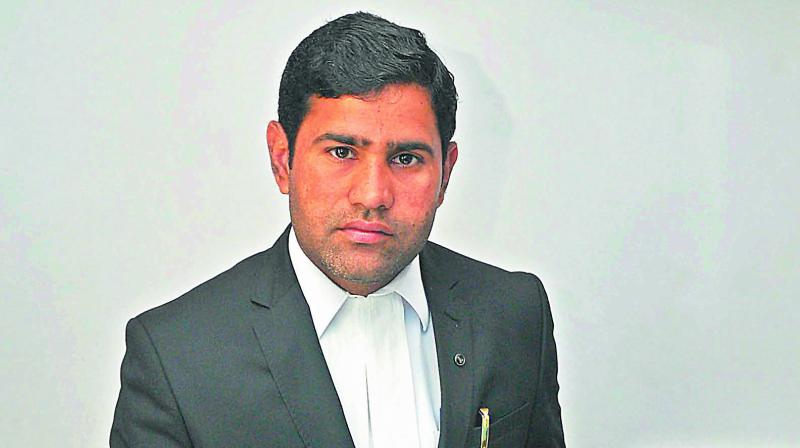 Birendra Sangwan always wanted to be a doctor. He even studied for the medical entrance exam for two years. But the mere sight of blood and the hospital smell would make this lawyer dizzy. But that didn’t stop him from taking on the medical fraternity over the obscene overpricing of cardiac stents.

It was a chance meeting with a friend’s brother, in need of a coronary stent — a metal device to prop open blocked arteries — fitted into his heart, that goaded Sangwan to do this. The family paid a whopping Rs 1,26,000 for the stent, while the total procedure cost Rs 3.2 lakh. “The hospital refused to give us a bill for the stent. So, we couldn’t verify the actual price. I was very upset as my friend is from a middle-class family and this was a huge blow to them,” says the 37-year-old lawyer.

Some research revealed that the same stent was available at Rs 32,000 at Central Government Health Scheme. The huge anomaly led Sangwan to file an RTI to seek information on stents and their prices, which was easier said than done. He says, “Since I don’t have a medical background, I had to start from scratch, from finding out if a stent is classified under metal or drug. Then I visited the hospitals personally to know more about the prices and the procedure. I also met with some medial representatives posing as a relative of a patient in need of the stent. A lot many hours were spent researching on the Internet.”

Armed with all the information, Sangwan moved the Delhi High Court in 2015 to bring stents under the National List of Essential Medicines. “On the same day, the court ordered the government to act on it,” he says. But they didn’t do anything for five months, forcing him to file a contempt petition. After a series of hearings, the first victory came in July 2016 when the government included stents in the list of ‘Essential Commodities’.

Sangwan didn’t stop at that. He filed a PIL to control the prices and fix a maximum retail price of the coronary stents. “The hospitals were charging huge and unethical markups as high as 650 per cent resulting in irrational, restrictive and exorbitant prices of stents in India,” explains Malini Aisola of The All India Drug Action Network, an independent network of non-government organisations that has been working on issues of drug pricing in India.

According to Dr R. Anantharaman, Senior Consultant Interventional Cardiologist and Lead Cardiologist, Frontier Lifeline Hospital, Chennai, Cardiovascular disease is the leading cause of death in India among the non-communicable disease (NCDs). He says, “Heart disease is the leading cause of death among males and females in India. Deaths caused by heart disease are the highest in south India (25 per cent) and lowest (12 per cent) in the central region, according to a study published in 2012.”

Every year, over two lakh heart surgeries take place in the country. This led to a racket of extraordinary proportions where stents were being sold by hospitals at huge markups. Prices of drug eluting stents ranged between Rs 40,000-1.98 lakh while the prices of bare metal stents hovered between Rs 30,000-75,000 on an average. Over 95 per cent of stents used in India are drug eluting.

Sangwan’s battle against the Rs 2,500 crore stent industry was long and arduous. But not one that could deter the Delhi based lawyer who finds inspiration in his humble middle class parents. Sangwan says, “They taught me the value of struggle. They keep me motivated.”

As a result of the PIL, The National Pharmaceutical Pricing Authority (NPPA) — the country’s top body that fixes prices for drugs, fixed the rates of bare metal stents and drug-eluting stents at Rs 7,260 and Rs 29,600 respectively. The latter have a polymer coating, which gradually releases a drug to ensure that the blockage doesn’t reoccur.

“This is a very welcome move by the government of India. Patients with coronary artery disease and in need of stenting procedures will now receive the appropriate drug eluting stent, and not only those who could afford it (as it was in the past),” believes Dr Anantharaman.

Did the pharmaceutical companies or the medical fraternity put any pressure on him to withdraw? “The pharma lobby never took me seriously. They thought I am some over enthusiastic advocate filing a PIL and wasting court time. They were super confident that the court will trash the PIL,” says Sangwan. Little wonder that the Bollywood movie Jolly LLB starring Akshay Kumar is among Sangwan’s favourite films — “The film teaches you to never give up your fight for justice and I like that.”

When he’s not representing his clients in court, Sangwan loves to file RTIs (he has filed over 2,000 RTIs) for people who approach him for help. He sets aside weekends exclusively for this.

Despite being attacked physically by the builder lobby for his efforts to expose the builder-MCD links in Delhi, Sangwan soldiers on. “I have little to fear. Who are these people to harm me when I have God on my side and the blessings of my parents?” says the cricket enthusiast. Listening to old Hindi songs and taking off on long walks are things this father of two loves to indulge in.

Though there has been no increase in his law practice, Sangwan does admit that the verdict made him a ‘VIP overnight.’ “People from all over the country called me and thanked me for my efforts. This has inspired me to do more,” he adds.

Next on his agenda is bringing down the prices of other medical devices such as catheters, pacemakers and heart valves that are deemed as drugs. He is also planning to do his PhD in law. This will fulfill his dream of being a doctor, albeit a different one.