These radical verdicts are the protagonists of Gautam Bhatia’s second book. 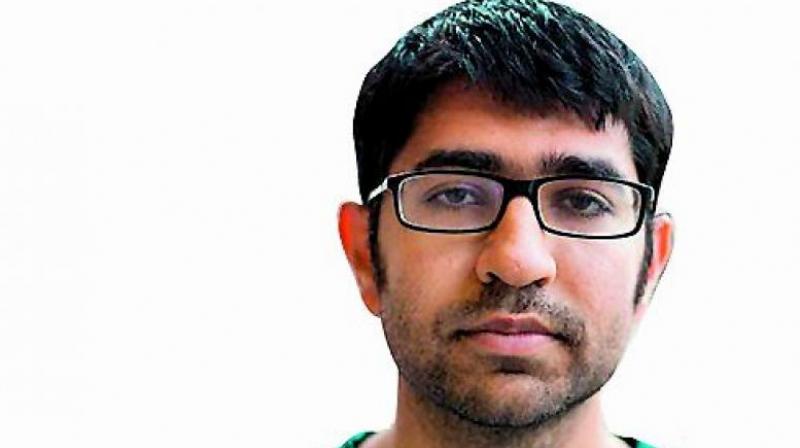 September 6, 2018 was a landmark day for equality in India. A “miniscule minority” that had been effectively criminalised for over 150 years was finally free from the prospect of legal persecution. The Supreme Court read down Section 377 of the Indian Penal Code, providing a respite to people whose sexual expression or orientation veered away from the norm. Navtej Johar v Union of India stands bright in the constellation of rulings that furthered the tenets of equality, liberty and fraternity enshrined in the Preamble of the Constitution. These radical verdicts are the protagonists of Gautam Bhatia’s second book.

The Constitution is not a “parchment in a glass case to be viewed as a matter of historical curiosity”, as the Minerva Mills ruling affirmed. For Bhatia, it is transformative, as not only did it “transform the subjects of a colonial regime into citizens of a republic”, it also sought to alter the hierarchical structures embedded in Indian society that perpetuate oppression. He claims that it is this quality of the Indian charter that sets it apart from other constitutions. While its ‘vertical’ provisions regulate the relationship between the individual and the State, the ‘horizontal’ rights are “enforceable against groups, communities and private parties”. 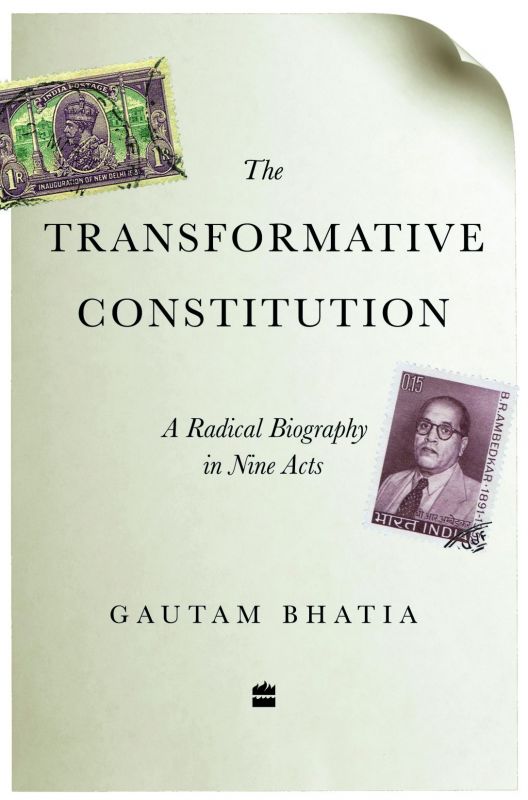 To understand this characterisation of the Constitution as transformative, he believes it is “imperative to go beyond the sterile and deadlocked academic debates surrounding the bare text of the document.”

Bhatia’s approach eschews ‘originalism’, a strictly text-bound interpretation that harks back to the ‘original’ intent of its framers, and ‘living tree’, which views it as an evolving document that judges must update in tune with the times. Instead, he contends that the Constitution’s architects were shaping a charter for generations to come with enduring founding principles that would provide a framework for constitutional interpretation.

Bhatia’s arguments are not mere intellectual abstractions. He was professionally engaged with four of the judgements that are discussed in the book. In his analyses of Constitutional provisions, he generously marshals evidence for his claims from diverse sources - the constitutions of USA, Ireland, South Africa and Canada among others; debates in the Constituent Assembly; the thinkers on the fringes of the Indian national movement; and even Bankim Chandra Chattopadhyay’s tract on equality, Samya, make an appearance to contextualise the text.

The book is divided into three sections – Equality, Fraternity and Liberty – each with three notable cases that instantiate the transformative potential of the Constitution. “The nine judgements are not part of the traditional ‘constitutional canon’ as taught in law schools,” explains Bhatia. “Instead they include High Court judgements that were reversed by the Supreme Court, dissenting opinions and Supreme Court judgements that remain good law but are rarely relied upon or even cited by the contemporary Court.”

The cases in the first two sections demonstrate that Indian courts have championed equality and fraternity to a commendable extent, providing a legal recourse against the entrenched hierarchies and caste discrimination in Indian society. However, the rulings mentioned in the Liberty section show that a lot remains to be done to secure the liberties of individuals against an overarching state. Bhatia cites numerous instances where courts upheld colonial laws to sledgehammer the opposition, such as sedition, blasphemy and preventive detention. The pervasiveness of technological tools at the disposal of state power further complicates the scenario.

In the epilogue, tantalisingly titled ‘Something of Freedom is yet to Come’, Bhatia proposes the principle of ‘technological self-determinism’ to deal with the challenges posed by the ubiquity of technology. While he declares that there is a glimmer of this principle in Justice Chandrachud’s dissenting judgement in the Aadhaar case, one wonders what the fate of the principle will be in a country where millions have been denied their entitlements due to biometric authentication failures.

The Transformative Constitution is interspersed with historical nuggets, which help trace the contours certain ideas took over time. For instance, in Chapter 7, ‘Privacy Beyond the Public/Private Debate: Sareetha and Freedom Within the Family’, he discusses the nationalist movement’s prioritisation of the political over the social and its relegation of women’s rights to the back burner. We learn that in 1927, the All India Women’s Conference passed resolutions on women’s education that would today be viewed as highly regressive. In Chapter 4, ‘Civil Rights: Indian Medical Association and Horizontal Discrimination’, he mentions sixteenth-century Bhakti poet Ravidas’ utopia, Begumpura, a city free of taxes, property and torture where people can walk wherever they want to establish the significance of access in a society segregated by caste.

Voices from the margins are also brought to the fore. While Ambedkar is extensively quoted throughout, there is also a mention of the contributions of Dakshayani Velayudhan, the only Dalit woman in the Constituent Assembly, to the debates. We learn about Tarabai Shinde, Soonderbai Pawar, Masuda Rahman and Rukhmabai, who challenged traditional norms and pushed for egalitarianism in gender relations and the private sphere.

Expositions of the underpinning world views that inform various perspectives add depth to the arguments. In Chapter 6, ‘The Freedom to Work: Peoples Union of Democratic Rights and Forced Labour’, he spells out the different conceptions of freedom and their implications for jurisprudence. In Chapter 7, the various formulations of privacy are explored.

What makes Bhatia’s case more compelling is not just the focus on what constitutes the text, but also the omissions and absences. In a discussion on the primacy of individual autonomy over the rights of groups as a whole (such as a family), he points out that although the Indian Constitution incorporated many aspects of the 1937 Constitution of Ireland, which recognises the family as the “natural primary and fundamental unit group of society”, it left out the concept of the family as a rights-bearing entity. He does not, however, rest his case on these absences, but uses them instead as points of entries for further inquiry.

As Bhatia laboriously teases out the diverse strands of an argument, certain sections can make for difficult reading. Despite that, the book is remarkably lucid and accessible for the non-specialist. There is no sterile legalese to wade through or needless jargon to grapple with.

At times, his readings of statutes come across as highly selective.