Boston owes me one

The Swami gave a memorable speech in Boston, I gave a cooking lesson: Mandaar Sukhtankar. 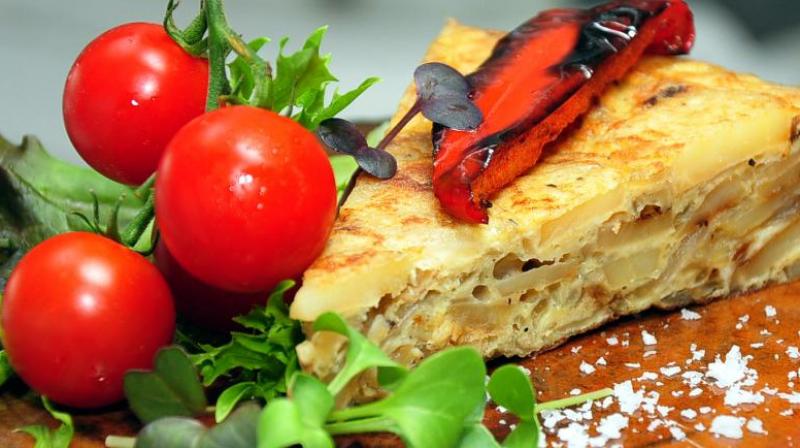 Young people down the ages have always looked for inspiration and I was no different. One such inspiration was Swami Vivekanand. I was fascinated by his story: How he came from an aristocratic family and then went on to become one of the most revered spiritual leaders of his time. Two timelines and addresses stood out in his biography — his 1882 meeting with Ramakrishna Paramahansa in Kolkata which answered his questions and formed his beliefs; and his 1893 visit to Boston to meet professor John Henry Wright of Harvard University, which led to his eventual famous speech at the Parliament of World Religions in Chicago. My mind had decided that I was fated to have similar ones in mine! Boston was now on my ‘must visit’ cities.

In 2001, I went as a visiting student on an international scholarship to the Johnson and Wales University in Rhode Island. Boston was just a hop, skip and jump away, so when I heard a few students were planning a trip to Boston, I wasn’t going to miss the chance to date destiny. I found myself sitting in the drawing room of an apartment shared by three girls studying at Harvard. It was incidentally also the birthday of one of the girls. Finding it a little odd to not be contributing, I thought I’d best make myself useful in the kitchen. I met Isabella there; she stood over the stove trying to turn over a pan full of chunky potatoes. Clearly, she was struggling but didn’t want to show it. After a few awkward minutes, I asked her what she was making and she said it’s a famous Spanish dish called Tortilla Española.

She was making it as a savoury birthday cake for her friend. Now, I’d worked a Spanish range for a couple of years and this was right up my line. So I took to the range and owned it for the next 40 minutes. Issy couldn’t believe that an Indian had come to Boston to show her how to make a dish from her hometown, Alicante. The Swami gave a memorable speech in Boston, I gave a cooking lesson. Most people wouldn’t consider these experiences the same, so Boston still owes me one.

(This Spanish omelette is a filling meal and can be served with a salad or enjoyed as a snack cut into small pieces) Makes one large omelette.

Peel, halve and thinly slice the potatoes. Place them in a bowl of water to prevent oxidation and to wash off excess starch. Peel the onions, halve them, remove the root and slice thin. Drain the potatoes and on a clean cloth, lay out all the slices. Fold the cloth over and gently dab the potatoes dry. Place the sliced potatoes and onions in a big bowl and season well with the salt and pepper.

Heat oil in a deep, non-stick pan. Add seasoned potatoes and onions, and cook over a medium heat, turning the mix every minute or two, for about 20 minutes. The onions and potatoes caramelise and get a beautiful brown hue. Turn them over frequently to avoid burning. In another big bowl, break six eggs and gently beat. When done, drain the onion and potato mix over a large strainer and collect excess oil that comes. Tip the mix into the egg bowl and stir well.

Pour some of the oil back into the deep non-stick pan. Pour in the egg, potato and onion mix. Cook over medium heat for 2-3 minutes, tucking in the sides. Using a greased plate, flip the omelette over and slide it back into the pan, uncooked side down. Cook again for two-three minutes on medium heat. Check if it’s done by inserting a toothpick and then seeing if it comes out clean. Take the omelette out onto a cutting board and rest for five to seven minutes. Cut into wedges or cubes and serve with a salad and sauce of your choice. 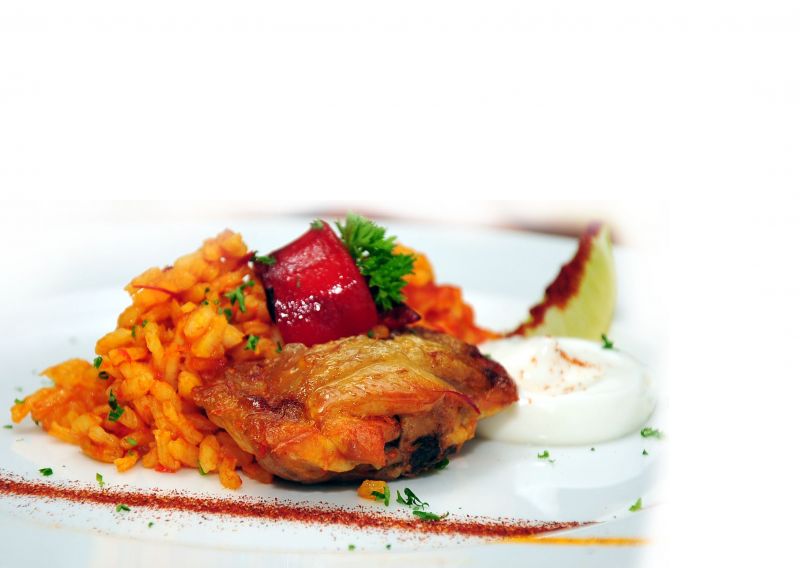 Heat six tbsp of oil in a large heavy-bottomed pan. Place the pepper strips skin side down and cook for 2-3 minutes, turn and cook another 2 minutes. Remove and keep aside. In the same pan add the chicken pieces skin side down first, cook for 3-4 minutes and turn and cook the other side for 2-3 minutes as well. Keep aside. Into the same oil, add butter and chopped onions and garlic and cook till it caramelises a bit. Add in the fresh red pepper and tomato puree.

Cook till it is almost half in quantity. Add in the saffron and rice and mix. Add the white wine and stir well. Ensure each grain is well mixed and evenly coated with the sauce. Add half a litre of chicken stock and check for seasoning and adjust, keeping in mind that the stock will evaporate and the seasoning will get stronger later. Arrange the fried chicken and peppers alternating with each other, cook without stirring on a medium flame. Top with remaining 300 ml of stock. Cover with a foil and place in a preheated oven at 180°C. Cook for 10-15 minutes checking every five minutes or till the stock has dried and left a little film on top of the rice. Serve hot with garlic mayonnaise and fresh lime wedges.