Age on Sunday   17 Jun 2018  I look young because I am not scared to look old, says Anil Kapoor
Age on Sunday

I look young because I am not scared to look old, says Anil Kapoor

In a candid interview, Anil speaks about his choice of films, ageing and much more. 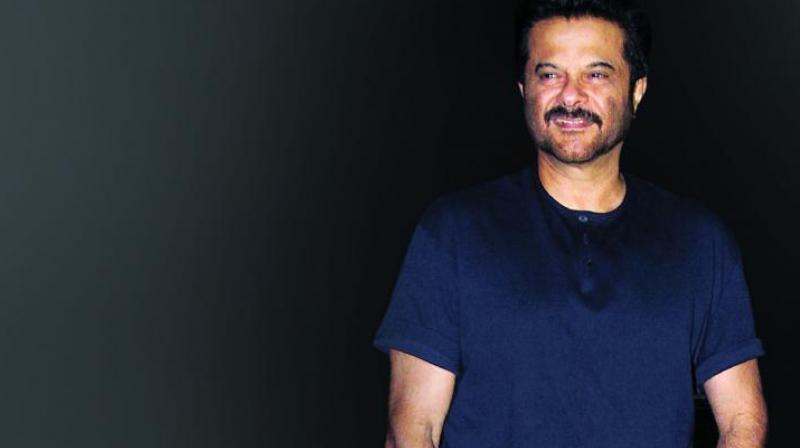 This veteran actor is only getting younger with each passing day. With his unfading acting talent and zest for life, Anil Kapoor is giving actors in the industry a run for their money. At 61, he is one of the busiest actors in showbiz and has films lined up back-to-back. We quiz him about his journey so far.

You have been part of all three films in the Race franchise. How has Race evolved over the years?
With Race, things fell into place yet again, because, with all three films of Race, I was in two minds. Such a coincidence. With Race 2, I had role issues and with 3, I had date issues. But I’m glad I did Race 3.

At 61, your zest and passion towards work remain the same. How do you stay motivated?
You have to change with time and I constantly make an effort to offer something new to my fans. I have always tried my best to give a 100 percent to my director. I have always been a director’s actor and have been fortunate enough to have gotten the opportunity to work with good directors. An actor’s instrument is his face and body, so we try to keep ourselves fresh and energetic. I just love to look different in all my films.

When an actor ages, is there a sense of pressure on them to perform better?
It differs from actor to actor. But younger actors definitely face more pressure than me. I do films because I love my work and for an actor, it’s important to feel good about one’s self. At least it’s very important for me. When I feel good about myself, I work better.

You are working with a lot of new directors these days. Why did you decide to do that?
You have to take chances as an actor. I am doing films with first-time directors, so sometimes, you work with fresh talent and you play your cards. You have to take those chances. It’s the choices you make that matter. At the end of the day, we are human beings and we can make mistakes. Sometimes your films work and sometimes they don’t.

Do you take advice from your kids to stay relevant?
Harsh has been instrumental in a lot of decisions that I take. I often reach out to Harsh. He has got convincing power and can analyse a film well. For Race 3, he said ‘arrey, just do it, dad. You do commercial films so that I can do films like Bhavesh Joshi. You make the money and let me experiment with good cinema’. He was right. It’s good I listened to him. I don’t have to go out to understand what works for the youth and what does not. Passion is important and my kids too give me advice.

Are you proud of Harshvardhan’s choice of films?
I am very proud of him. The foundation of an actor has to be strong. The foundation is known by an actor’s choice of films.  Harsh and I have discussed this, that until the age of 30, he shouldn’t even think about the box office. He should focus on working with good filmmakers so that his foundation becomes strong. When I speak about Harsh, people say, ‘He is your son. You will obviously praise him’. But I am not that kind of a father. I am very critical about my kids’ films. I don’t praise them easily.

Your films have always been ahead of its times. How do you judge a script, and what makes you say yes to it?
That is why I like to experiment; some films have box office numbers while some are appreciated for their unique stories. You never know what will click. You just have to follow your gut feeling. We should work and not take everything too seriously.  We should only take our work seriously. Whatever is going to happen will happen and that’s not in our control. What is in our control is working hard and making people happy.

Many actors are scared to play the role of a father, but you did that a long time ago. However, at this point in your career, are you scared to play typical fatherly roles?
I don’t think there is anything called typical roles. It’s either a good role or a bad role. In Eeshwar, I played the role of a grandfather. So, it doesn’t matter to me at all. I am open to doing interesting roles and that’s why I look young. I look young because I am not scared to look old.