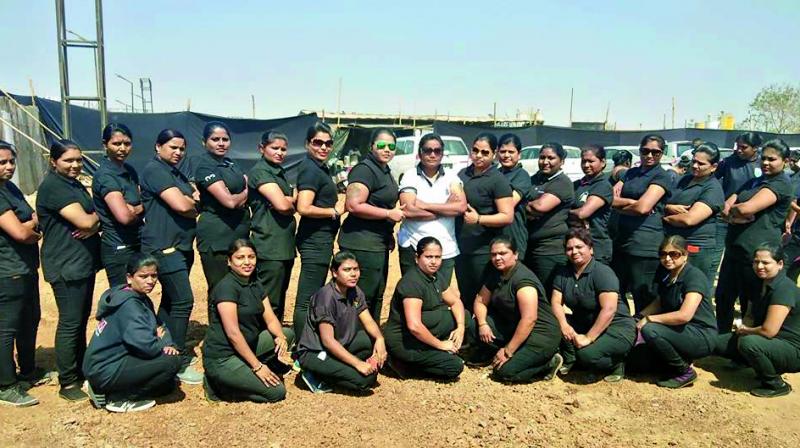 Forty-year-old Deepa Parab recounts a recent experience of working with her all-female bouncer team at an event.

Forty-year-old Deepa Parab recounts a recent experience of working with her all-female bouncer team at an event. “Eight of us had to manage a crowd of 8000 people. The men were so unruly at times, it made my head spin. But from managing the crowd to safeguarding the celebrity present to facilitating parking, we pulled off everything.” says the Punekar with pride.

And this is just one of the many events Deepa and her 500 plus strong, women-only bouncer crew have provided security services at. Her Ranragini Bouncers Group, launched three years ago, has serviced political rallies, religious events, private functions, exhibitions, pubs and other venues all over the city. And this is no small feat, as Deepa reveals how her team is regularly confronted with sleazy men, thieves, and troublemakers. “We’ve given a good thrashing to so many,” she says.

But becoming a bouncer wasn’t Deepa’s first choice; joining the police force was. And to this end, she even enrolled in the force and underwent training briefly, without her parents’ knowledge. However, on being discovered, she was made to quit.  “When my mother found out, she tore my books. My family’s mindset was very conservative; they felt a girl’s place is indoors,” says Deepa, who traded in her dreams to provide for her family by working as a vada pav seller. Eventually, she got married at the age of 27 and was confronted with a new set of responsibilities. But after her in-laws passed away in 2015, she decided to do something for herself.

“I told my husband, ‘I’ve fulfilled all my duties. Now, I want to try my hand at something new.” It is this desire that took her to Mumbai, where she worked as a makeup artist and an extra in films for a while. Here, she saw how important ‘male bouncers dressed in black’ were. “They would protect celebrities, just like the police and people would listen to them. It was too late to pursue my dream of becoming a cop, but I could still become a bouncer,” she observes. Deepa befriended some male bouncers and got a few gigs in the city. But she saw women bouncers being restricted from doing things male bouncers were allowed to. So, she decided to go back to Pune and start a group of her own, where women would be incharge and there would be no discrimination. 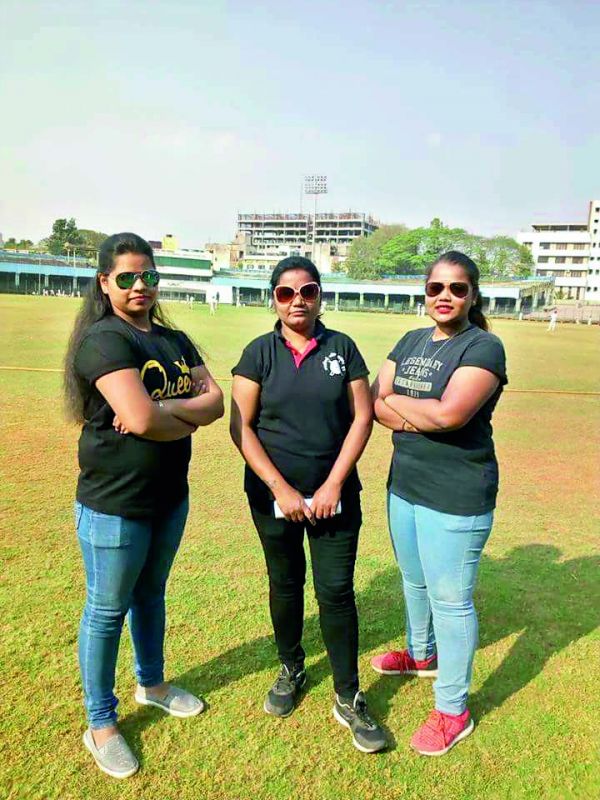 But that was easier said than done. “I found just two female bouncers in Pune, the rest were ‘security guards’. These are basically women who lack the physique, height, and command to provide security, but are given uniforms and made to sit at the entrance of places,” says Deepa. Apart from this, it was hard to find acceptance, as people weren’t used to the idea of female bouncers. But Deepa managed to scrape together a minuscule team of 12 women and secured her first opportunity at a religious event by offering to provide security services for free. Though she made the team undergo rigorous physical training, based on learnings from her police training days, she felt only experience could teach what a job entails. “Until you don’t see those huge crowds and actually put yourself among it, you’ll never know what this job requires,” insists Deepa.

Her first event led to several consecutive ones and today Ranragini Bouncers Group is well known among event organisers and the police.  Each month sees an influx of those eager to learn the job but not everyone gets absorbed. “I’ve taken many women into the group, irrespective of age, marital status, educational qualification, and economic background. But sometimes, women don’t make the cut because of their height or physique. But I still train them for free, so that they can get employed independently as security guards. The purpose of my group is to help women gain employment and today, I can say with pride that every woman from the group takes home at least `5000–6,000 per month,” says Deepa.

Those who make the cut train every day, either at a gym or at makeshift workout spaces in their homes. “If you want to be a bouncer, you need to have strong arms and legs. Only then can you hold your ground in a crowd or protect somebody else,” avers Deepa. The women also stick to a strict dress code when on duty: black T-shirt, jeans and shoes. Hair neatly tied into a bun or plait. No makeup, rings, bracelets, chains or heavy earrings. “They are bouncers, not bhais. I tell the women that the only difference between you and a cop is the uniform colour. Otherwise, your conduct, persona, and professionalism must be the same,” she adds.

Though the job requires them to juggle odd-hour shifts with household chores and parenting responsibilities, Deepa says that it has helped many women find confidence and a voice. Above all, it has proved to society that women can do anything. “Next, I want to learn how to repair vehicles. You’ll never see women working in a garage. But you can earn at least Rs 100 to 200 a day if you do. I’d like to teach women that next,” Deepa trails off.