A heart for research

This Karnataka-based teenager has created a device which detects a silent heart attack. 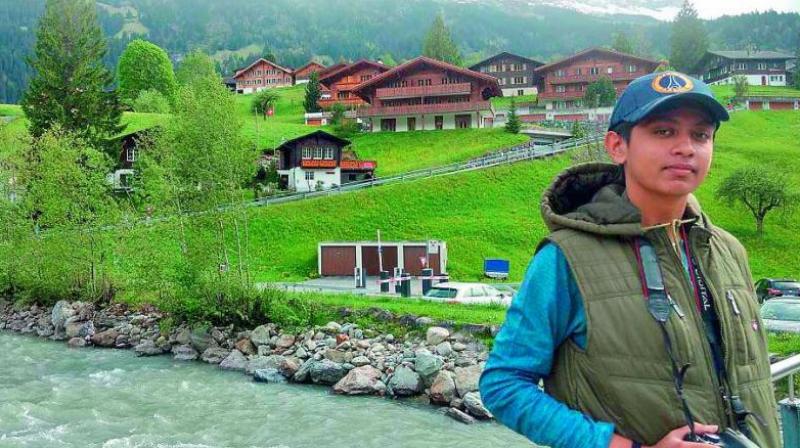 He’s a 16-year-old child prodigy who has invented a revolutionary low cost device that can instantly detect a silent heart attack. Akash Manoj was a speaker at the eighth edition of TEDxGateway that took place in Mumbai on February 4. But how did this class 11 student of the Ashok Leyland School in Hosur, Karnataka, conceptualise this path breaking gadget?

It was his grandfather’s death that gave him the impetus to find a solution that will help a person seeking medical aid in a similar situation. “We were so close, and he used to drive me to school and places elsewhere. It was really shocking to realise that he was a victim of a silent heart attack though he was absolutely fine and showed no symptoms before the unlikely event. That’s when I decided that I have to do something about this,” confesses the emotional teen.

Three years ago, Akash, who is fascinated by the field of aeronautical engineering, gravitated towards reading medical literature in particular. “I realised my passion for solving these problems. The motivation to solve an alarming problem is what kept me undaunted. So when you have a problem around you, you get that ardent desire to solve it — It is generally the normal human instinct. This is what kept me driven — a mix of my passion and my dreams. Also, my grandpa’s sudden demise made me so hooked to this research. Well, I love aeromodelling as a hobby — It’s where you construct hand planes and drive it for a sport! Having my hobby equally placed with my passion was good,” he asserts.

He turned his grief into his goal and relentlessly researched on his pet subject. “When I built the device initially, a group of researchers tested it out and said that I needed to work on it. However, three years later, when they tested it — it was good to go! And now it is out for commercial production as well,” he reveals. Like a well-brought up son, Akash gives credit to his parents by adding, “And throughout all the ups and downs, my parents supported me in whatever I did.”

Akash’s invention which should be available later this year costs an affordable `900 and comes as a blessing to people in rural areas who have no direct access to good hospitals. “It is basically a device like a smart watch that you wear on your wrist. What it does is it detects your biomarkers that indicate a heart attack. Because before a probable heart attack, your heart sends out these bio-markers — your heart is basically trying to communicate with your body. So, if they are traced in their initial stages, one can be saved before it is too late,” he says. Ask him if he has plans to patent the same and he nods, “Yes, the grant of the patent is in the process. I will disclose other details of the device during the formal launch.”

When a new product enters the market, it is met with both enthusiasm and criticism. Has Akash been exposed to critics already?  “During the initial phase, the device had lots of opposition from the research fraternity but then when I had my results come out from AIIMS-D and TUS, Japan, they believed in my idea,” he adds.

True to his name, he is determined to reach out for the skies and expand his horizons. Akash has been fortunate enough to do a two-week stint at NASA. “That was indeed a great experience in all. I got to know and see all of NASA’s space research.  It satisfied my passion for aerospace. In the two-week training programme, we were taken through the innovations and inventions and what they did, NASA’s missions and expeditions, and their projects. I actually got to see a lot of things that the general public does not get to see. I got through the AIIM’s contest where we had to design a space settlement and the best settlement will get to go to NASA. So that’s how I got through and it was an amazing experience. My research also got a gold medal from the President,” says Akash who is indebted to his school principal Mrs Uma Srinivasan and his classmates for their  support. “I would like to thank  my principal for supporting me through all my endeavours. My classmates were really happy about it,” he large heartedly states.

Akash wants to specialise as a clinical researcher in cardiology. But this bright spark also knows how to balance his life. I love playing tennis as an extracurricular sport when I’m really stressed out. So, this is my down time and when I can spend some time for myself where I can destress. It helps me focus better and get back on track, “ he says.