Footmarks of the ancient India

The imprint of Indian culture and religions is visible in the temples, performance arts and folk tales of Southeast Asia. 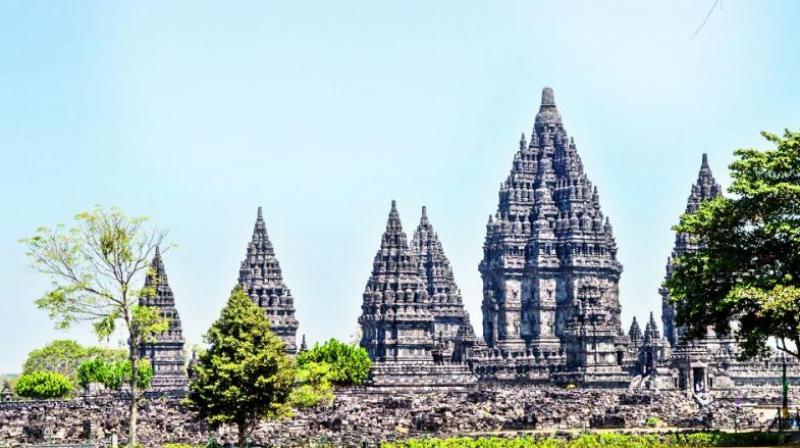 Amid duty-free shops at Bangkok’s newer airport, you will come across a stunning installation that might seem resoundingly familiar. Fantastical figures tug at a serpent coiled around a mountain, on top of which stands a four-armed deity. It depicts a legend most Indians have grown up with — samudra manthan, the churning of the oceans to obtain the nectar of immortality. Speakers of many Indian languages might have heard the name of the airport as well — Suvarnabhoomi, land of gold. So how did an episode from ancient Hindu epics make its way to Bangkok? 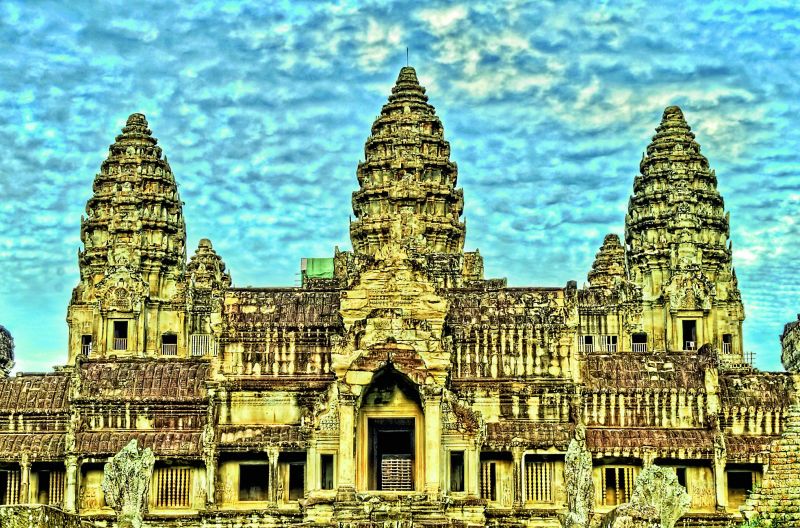 About 3,000 km to the southeast, the Besakih temple complex sprawls across Gunung Agung, Bali’s highest peak. It features shrines dedicated to the Hindu trinity — Brahma, Vishnu and Shiva — and tiered towers depicting Mount Meru, the centre of the universe.

But Besakih and the statue at Suvarnabhhoomi are not anomalies; rather, they are the norm. Across Southeast Asia, there are hundreds of temples that bear witness to India’s impact on the region. In fact, the largest Hindu temple in the world was built not in India, but in Cambodia — Angkor Wat. While the South Asian origin of Buddhism is common knowledge, the diverse influences of India on Southeast Asian societies is not as well known.

This remarkable cultural infusion is usually traced back to the 1st Century CE, when maritime trade flourished. Goods moved both east and west in a vast inter-continental trading network that spanned from the Roman Empire in Europe to the Han Dynasty in China. The long sea routes required multiple stopovers, many of which were located in Southeast Asia. Along with spices, jewels, textiles and sandalwood, Indian traders brought along their religious and cultural concepts, which took roots across the region.

This phenomenon, termed as the ‘Indianisation of Southeast Asia’, is unprecedented as ideas spread across civilisations largely through peaceful means. There is no evidence of colonialism or extensive conquests by Indian kingdoms in the region. However, in 1025 CE, the Chola king, Rajendra I, sent naval fleets to attack Srivijaya (in present-day Indonesia). While the reasons and outcomes of the war are debated by historians, the strong links between the two regions continued as before. Interestingly, the Cholas were the only Indian empire who ventured overseas to invade foreign territories. 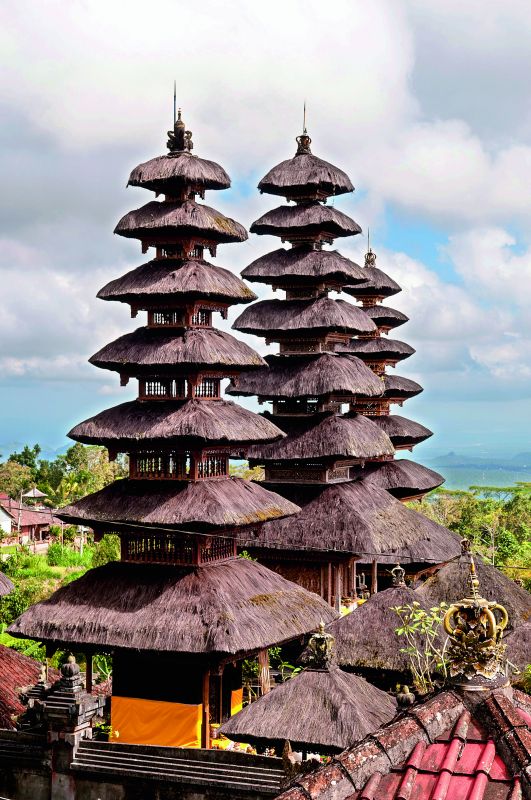 Today, the impact of Indian culture is visible all the way from Myanmar to the Philippines. Many southeast Asian scripts, like Khmer and Kawi (Old Javanese), are directly or vicariously based on the Tamil script common during the reign of the Pallava Dynasty.

Indonesia’s national carrier is named after Garuda, the vehicle of Lord Vishnu. Along with Hinduism, the four-fold caste system persists in Bali and inter-caste marriage can still raise hackles. Tagalog, one of the many languages of the Philippines, has loan words from Sanskrit — such as mukha (face) and sakshi (witness) — as well as Tamil.

Imagine Ravana asking for a boon from Allah! That is one of the plot points of Hikayat Seri Rama, a Malaysian adaption of Valmiki’s text. “In the Indian version,” writes Azly Rahman in an essay in Malaysia Today, “Lord Brahma, the creator, is presented as the one approaching King Ravana. In the Malay version, there was a middle man who dealt with what Ravana’s wishing for, the prophet Adam, first man on Earth… His (Ravana’s) wish could not possibly be channelled directly to Allah, rather, the prophet Adam was asked to present his wish.” 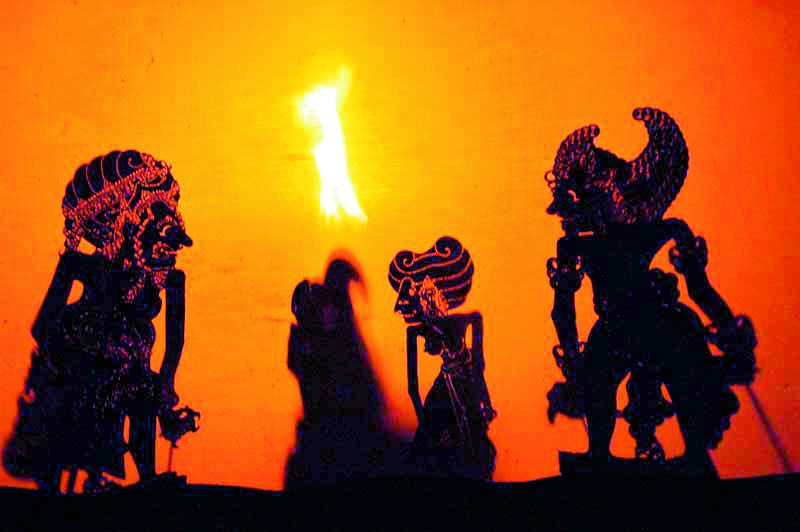 As in Malaysia, there are multiple adaptations of the Ramayana in Thailand (Ramakien), Cambodia (Ramakerti), Laos (Pha Lak Pha Lam) and Indonesia (Kakawin Ramayana). Till today, children in Thailand are taught the story of Rama in schools. A popular tourist destination in the country is Ayutthaya, about 80 km north of Bangkok. The name might seem familiar because it derives from Ayodhya, the kingdom of Rama. In fact, all emperors of the Chakri dynasty, which has been in power since the 18th century, adopted the name Rama.

“Knowledge of the Ramayana in Southeast Asia can be traced back to the 5th Century in stone inscriptions from Funan, the first Hindu kingdom in mainland Southeast Asia,” writes Jana Igunma in a blog on the British Library website. “New versions of the epic were written in poetry and prose and as dramas… Most of these versions change parts of the story significantly to reflect the different natural environments, customs and cultures.”

It is for this reason that Agni, the god of fire, is portrayed riding a rhinoceros to Sita’s swayamvara in Ramakerti. The Cambodian-origin linguist Saveros Pou points out that in Indian traditions, Agni’s mount is usually the ram, “an animal which did not belong to the Khmer environment and culture.”

The characters of Ramakien are remarkably different from the ones in Valmiki’s version. “Thai audiences are more fond of Hanuman than of Rama,” explains A.K. Ramanujan in his paper Three Hundred Ramayanas: Five Examples and Three Thoughts on Translation. “Neither celibate nor devout, as in the Hindu Ramayanas, here Hanuman is quite a ladies’ man, who doesn’t at all mind looking into the bedrooms of Lanka and doesn’t consider seeing another man’s sleeping wife anything immoral, as Valmiki’s or Kampan’s Hanuman does.” Ramanujan specifies that the characters in the Thai retelling are a “fallible, human mixture of good and evil.” As Southeast Asian polities came under the influence of Buddhism, Rama came to be seen as a bodhisattva. 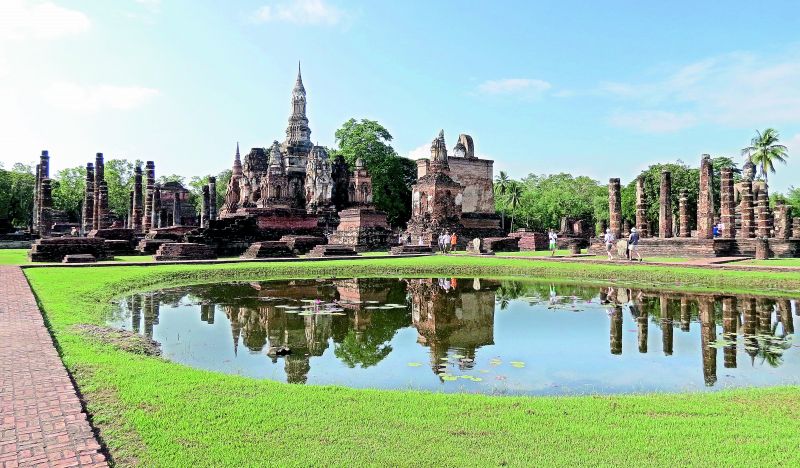 The beginning of the Kakawin Ramayana is akin to Valmiki’s text, but the second half diverges significantly. Semar, a wise jester and an indigenous Javan deity, makes an appearance along with his three sons — Gareng, Patruk and Bagong. His name is thought to have been derived from the Javanese word samar (obscure) and he is regarded as the brother of Shiva. Semar figures during comic interludes or as a companion to characters in the Javan retellings of both the Ramayana and Mahabharata. He is quite similar to the vidushaka (court jester) of Sanskrit dramas.

Today, visitors to Indonesia can see Semar in Wayang, a form of puppet theatre. There are puppets of the Pandawas (Pandavas), Kresna (Krishna) and Sinta (Sita) too. However, most of these differ strikingly from the Indian depictions of the characters. Most notably, many of them sport a headdress that curves in an upward spiral and features the face of a bird on the back. The art form bears a striking resemblance to Tholu Bommalata, the traditional shadow puppet theatre of Andhra Pradesh. While there are numerous hypotheses regarding the origin of Wayang, some surmise that it is of Indian provenance.

Even after the establishment of the first Islamic kingdom in Southeast Asia in the 13th Century and the subsequent colonisation of many dominions by the Europeans, elements of Indian culture remained pervasive. Besides, the religious influence of India is not limited to just Hinduism and Buddhism. Islamic scholars from Gujarat, such as Nuruddin ar-Raniri and Shaikh Muhammad Jailani, were instrumental in propagating Sufism in the Malay Archipelago in the 17th Century. Like Hinduism and Buddhism many centuries before, Islam also syncretised with the local customs, beliefs and practices in various parts of the region. 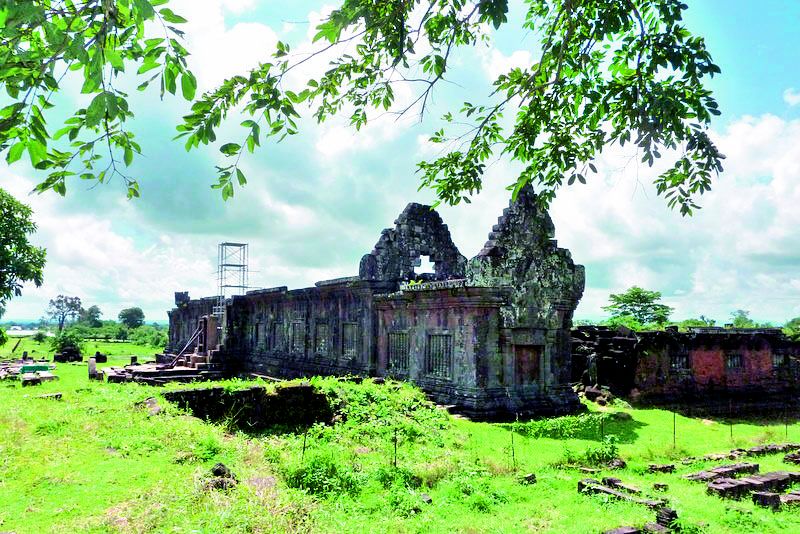 In the 19th Century, the British transported indentured labourers from India to work on plantations in their Southeast Asian colonies as well as convicts and clerical staff. Many wealthy merchants also moved to centres of commerce, such as Singapore. Today, there are vibrant Indian communities, mostly of Tamil descent, in Malaysia and Singapore as well as ‘Little India’ enclaves in Kuala Lumpur, Penang, Johor Bahru, Melaka City and Singapore. Most of the Hindu temples in Malaysia, such as Sri Mahamariamman Temple and the Murugan shrine in Batu Caves, Kuala Lumpur, were built in the past 200 years.

Today, as some nations become more inward-looking, borders turn exclusionary and migration is seen as an issue to be resolved, India and Southeast Asia’s unique connection is instructive. When two cultures interact, the relationship does not necessarily have to be adversarial — there can be remarkable cultural exchange, synthesis and efflorescence as well.