And bravely fought the Indian lady

Dr Priyamvada Gopal speaks her mind on her big fight to be addressed as ‘Doctor’ by Porters at King’s College London. 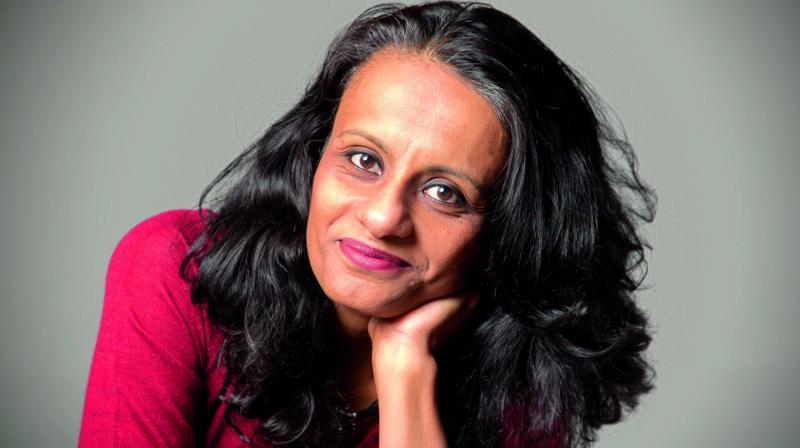 Dr Priyamvada Gopal speaks her mind on her big fight to be addressed as ‘Doctor’ by Porters at King’s College London, the ensuing attack by right wing supremacists and more.

An Indian origin lecturer, Dr Priyamvada Gopal is a reader at the department of English at Cambridge University, she has a keen interest in colonial and post-colonial literature. On June 18, fed up with the taciturn refusal of porters to address her as Dr Priyamavada tweeted her decision,  “With deep regret but with 17 years of consideration behind it, I have finally decided on my behalf & of other people of colour @Cambridge_Uni to refuse to supervise any students at @Kings_College.”  Here are excerpts from an exclusive interview:

There is so much that is already out in the public domain. What is your current frame of mind?
I’m still shocked and taken aback at the viciousness of the concerted campaign undertaken by the British tabloids and right-wing broadsheets but it has made me even more determined to keep speaking. Such a hysterical reaction shows that there is something to hide, something that needs to be identified and called out for what it is — deeply entrenched racism and white privilege.

You tweeted your decision to stop supervising students at King’s College after the porters refused to address you as doctor. Do you feel that it is fair to your students (unless they have attacked you too)?
Students from King’s College issued a statement in support of my decision--which I took with a heavy heart — as they understood that they were not my target but their institutional culture.

You have vocally hit out against racism and have been referred to as a ‘hate-filled don’ by the DailyMail? Even the Sunday Times has not exactly been supportive hinting at a persecution complex? How do you respond to such criticism, especially when it comes from prominent newspapers?
It is very telling. The Sunday Times and The Daily Mail have for sometime now been promoting the views of right-wing white supremacists and advocates of the superiority of Western culture who are posing as historians of the empire. These people are claiming that the empire was a good thing, and that there is a ‘case for colonialism’ to be made even today. This is in keeping with the increasingly rightwing and xenophobic mood in the country after the Brexit vote.  In order to bolster this rightwing agenda, it becomes necessary for them to paint all critics of it as crazed extremists suffering from a persecution complex. If it is only a question of isolated individuals suffering from a persecution complex, why devote so much newsprint to attacking them? What aspect of what I have been saying worries them so much that they need to devote so many column inches to discrediting it?

You have been viciously trolled online. And you have managed to hold your own, when most celebrities often crumble under pressure? Where do you derive that strength from?
I derive strength from knowing that those who proffer abuse are feeling threatened which means there must be something right in what I and others are saying about the untenable claims being made for imperial rule, white dominance and Western superiority. I should also say that a great many people, academics, students and non-academics, have been hugely supportive and that really helps.

You have acknowledged that the hostility you faced has also been encountered by several others and has been documented too. Why do you think the university refuses to address this issue further (beyond a superficial training programme), and more importantly take further action, absolving themselves of all guilt?
In order for the university to address it, it would need to take very wide-ranging steps to examine its culture and its workings. This is scary and will take effort. Denying there’s a problem or minimising it is easier, I suppose. We see a parallel process in Indian universities when questions of caste and caste discrimination are raised. It’s easier to pretend there is no problem and that the insitution is ‘caste-blind’ or ‘race-blind’ when that is hardly the case.

Despite all the progress we may have made, moments like these where racial prejudice continues to exist, makes you wonder whether we have really evolved as people. What do you think needs to be done in order bring more awareness to such instances?
Education, education, education. Re-reading Dr Ambedkar this week, I am reminded again of how little Indian savarnas know about the workings of caste and how much our education entrenches caste hierarchies. Similarly, in the West, students are not really taught about race and empire and they come to university with very little knowledge of how race works. Once they do start reading and thinking, you can see the process of transformation begin. I remain a great believer in the force of critical thinking and in redressing cultural amnesia through education.

You have stated, “I am tired of feeling helpless in the face of hearing students of colour tell me stories about racism and hostility, about micro aggressions and damaged mental health.” Is this why your protest was important to you?
Yes. It was turned by the tabloid media into a caricature of an upper-class woman demanding special treatment. For me, it was the straw that broke the camel’s back, the last in a long chain of incidents that had happened with me and others, including students. I decided enough was enough.

How supportive have your colleagues been? In tough moments, who do you turn to for support?
Some have been very supportive, offering me kindness and sustenance. Others continue to pretend that there’s no problem. I do have many students who are supportive as well as friends among non-academic staff who have been there for me.

You have lived in the UK for 18 years. Would you call this your worst experience? Are you tempted to relocate to India?
It’s certainly one of the more upsetting incidents. At the same time, relocation is not a simple option: I’ve been trolled and threatened with rape/death etc., when I’ve criticised Hindutva as well as the current Indian PM. It’s not as though outspoken critics of Hindutva in the media or in Indian universities are particularly safe; we also know that Dalits and Muslims have been vulnerable to extreme violence.

All over the world, we are seeing a resurgence of narrow religious and ethnic supremacism. I am not sure there is a safe haven anywhere. We have to struggle and challenge problems wherever we are.

Did you move after your graduation from JNU? How often do you visit India?
After graduating from India, I went to the USA for my PhD and then took up the job in Britain. I visit India one to two times a year.