S Y Quraishi
S.Y. Quraishi is a former chief election commissioner and the author of An Undocumented Wonder: The Making of the Great Indian Election

The EC is the guardian of electoral democracy and needs urgent institutional safeguards to remain fiercely autonomous. 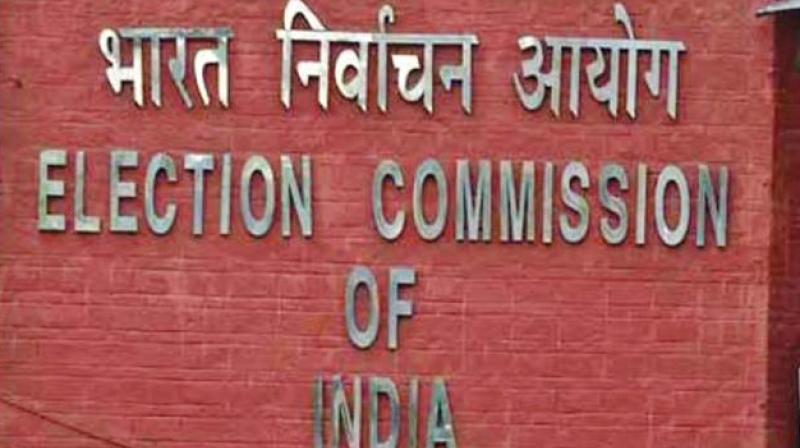 The model code aside, fresh questions being raised about EC’s credibility are certainly worrying.

The Election Commission of India (EC) has made its mark as an exemplary institution in electoral excellence ever since the first general elections were held in 1952. But in 2019, it is coming under scanner as it has never come before.

A group of retired bureaucrats and diplomats have also written a letter to the President of India dated April 8, terming the EC as “weak-kneed” and “suffering from a crisis of credibility”. The letter highlights EC’s “pusillanimous” response to the Prime Minister’s ASAT announcement, the model code of conduct (MCC) violations by Yogi Adityanath and Rajasthan governor Kalyan Singh, VVPAT audits and corrosion of political discourse in general.

Though nowhere mentioned in the letter, the legalisation of MCC is often proposed as a solution by many to “empower” the EC. This debate intensifies with every successive election. The case for legalisation comes from ones who either think it is toothless or rather paradoxically, the ones who are stung by it.

The reality is that the code’s moral authority far outweighs legal weight. Politicians realise that censures from EC invite negative public opinion. It is not without reason that the late Goa CM Manohar Parrikar said in May 2012 that he “bows to the moral authority of the model code of conduct, which should take precedence over his constitutional right”. It has an instant impact, unlike the long-drawn legal processes.

It is noteworthy that certain provisions of the code already have statutory backing in laws such as the Indian Penal Code, 1860; the RPA, 1951 and the Code of Criminal Procedure (CrPC), 1973.  An action under MCC does not preclude legal action under relevant laws. The solution lies in strict enforcement.

The model code aside, fresh questions being raised about EC’s credibility are certainly worrying. Commission officials have been accused countless times in the past for being stooges of the government, but the present situation is certainly unprecedented. The genesis of the problem lies in the flawed system of appointments of the chief election commissioner (CEC) and election commissioners, which is done unilaterally by the government of the day. This debate can be settled once and for all by depoliticising EC appointments.

The Law Commission in its 255th report recommended a collegium, consisting of the PM, the Leader of Opposition and the Chief Justice of India.   Political stalwarts such as L.K. Advani and former CECs including  B.B. Tandon, N. Gopalaswamy and I   have supported the idea even when we were in office.  But successive governments have ignored the repeated calls.

In November 2018, a PIL was also filed in the SC calling for a “fair, just and transparent process of selection by constituting a neutral and independent collegium/selection committee”. On such a vital issue, the judiciary, which I have always described as the guardian angel of democracy, has to act urgently. Derailment of democracy and decline of public trust will lead to degradation in the credibility of all institutions, including the judiciary itself.

The system of removal of election commissioners also needs reform. Presently, only the CEC is protected from removal except through impea-chment. The government can control a defiant CEC through the majority voting power of the two commissioners, who have equal voting powers. They have equal powers, but are vulnerable to government pressure, due to the uncertainty of elevation by seniority.

Unsurprisingly, the commission’s reputation suffers when it is not able to tame the recalcitrant political parties. This is especially true in the context of the ruling party. Despite being the registering authority under Section 29A of RPA, 1951, the commission has no power to de-register political parties for violations of MCC, or even for the gravest of violations of the oath taken during registration.

The EC is the guardian of electoral democracy and needs urgent institutional safeguards to remain fiercely autonomous. It is time that action is taken, not for making the MCC into a law, which will actually be counterproductive, but for the depoliticisation of constitutional appointments coupled with empowerment of the commission to deregister political parties which will deter grave electoral misconduct. This is will make lead to decision making being quicker as well as more effective.

While these reforms are hotly debated, it is imperative that the EC asserts ample authority that it already has constitutionally. It must make tough decisions. It’s not mere discretion that it is exercising, but a pious mandate.

The writer is former Chief Election Commissioner of India. He is the author of An Undocumented Wonder — the Making of the Great Indian Election and editor of The Great March of Democracy —Seven Decades of India’s Elections