For 25 years, people of Sikkim have showered love for ruling SDF making its chief, Chamling the longest serving CM of India. 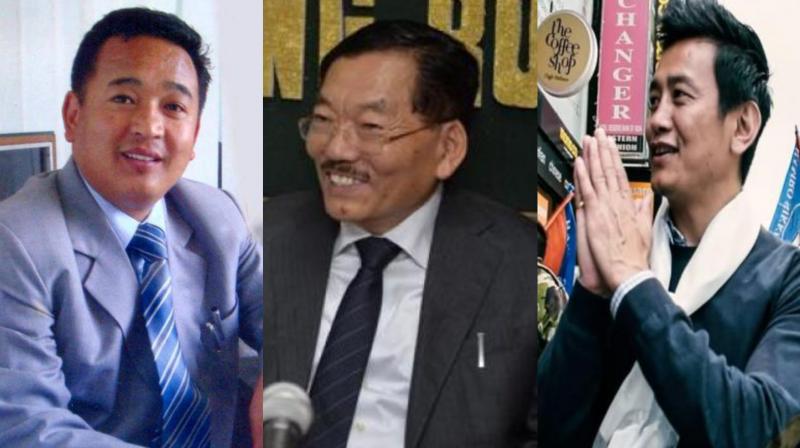 In a neck and neck battle between the regional parties, SKM bagged 17 seats to clinch the reign of Sikkim whereas SDF managed to grab 16.

In this 32 seat legislative assembly, a party needs to reach a target of 17 to win majority in the state.

SDF supremo and Chief Minister Pawan Kumar Chamling, is leading from both the seats he contested from - Poklok Kamrang and Namchi Singhithang assembly constituencies.

The counting of votes in Sikkim began at 8 AM for state legislative assembly elections has begun.

On April 11, people of Sikkim walked to the poll booths to elect the 32 members of the Legislative Assembly along with a lone seat in Lok Sabha.

For the past 25 years, people of Sikkim have showered incessant love for the ruling ‘Sikkim Democratic Front’ in the state, making its chief—Pawan Kumar Chamling—the longest serving CM of India.

However, ‘anti-incumbency’ wave can topple Chamling’s rule this time and pave way for other regional parties to sit on the throne of Sikkim.

The north-eastern state of India would be witnessing a tough fight between the regional parties, Sikkim Democratic Front and Sikkim Krantikari Morcha.

However, former footballer Bhaichung Bhutia’s newly constituted Hamro Sikkim Party would also be contesting fight but is unlikely to make it a triangular battle in the state.

The national stature parties—BJP and INC— are also in the fray, but Sikkim inhabitants are not ready to welcome a national party in the state yet.

Finishing five terms, Pawan Kumar Chamling is known as the ‘most unusual politician.’ He charmed his way up by improving the condition of Sikkim.

What have been the striking traits because of which Chamling has not lost his charm?

Despite wearing so many feathers in his cap, Chamling’s hold on Sikkim has diminished over a period of time.

“Corruption, unemployment, high consumption of alcohol and drugs among the youth and lack of development are the issues which Chamling government failed to achieve, despite ruling the state for 25 years. People are looking for the change and we will bring that,’’ said former footballer and chief of Hamro Sikkim Party Bhaichung Bhutia in an exclusive talk with Deccan Chronicle.

Chamling contested from his traditional seat, Namchi Singhi Thang in South Sikkim and Poklok Kamrang . The opposition claimed that the party is facing an anti-incumbency movement. However, Chamling seems confident of his win with 17 new faces.

SKM’s Prem Singh Tamang also known as Prem Singh Golay or PS Golay did not contest from any assembly seat.

Instead, his eldest son Aditya Golay fought from his home constituency in Soreng Chakung, West Sikkim. Tamang emerged as a challenger for the current CM.

Finishing five terms, Pawan Kumar Chamling is known as the ‘most unusual politician.’ He charmed his way up by improving the condition of Sikkim.

What has been that striking trait because of which Chamling has not lost his charm?

Progressive Sikkim: Under Chamling’s rule, Sikkim transformed from a poor backward state to a progressive one with a high rate of economic growth.

Eco-friendly Sikkim: Sikkim has banned all chemicals and fertilizers for use in its farms.

It is also the only organic state in India according to a report by Northeast Window.

Grassroots connect: One of the main traits working in his favour is the strong connection with the people.

It was the social and humanitarian work under him which won their hearts. Him not forgetting his roots and still referring to himself as a farmer has helped him in his favour.

It was his ‘search for democracy’ in the state which changed the political fortune for the farmer turned poet turned politician.

The reformer: He introduced reforms like Universal Basic Income, reduced poverty, and Sikkim's population Below Poverty Line went from 40 per cent (2014) to - 8 per cent (2019).

Community politics: Earlier, he had asserted he would resign if 2 tribal communities (Limboo and Tamang) were not allotted reserved seats before 2019 assembly polls.

Sikkim is the only state to have elected regional parties to power in all assembly polls since 1979.

Since the inception of the state in 1975, its legislative assembly has witnessed nine elections.

1975, First Assembly:  Kazi Lhendup Dorjee was the first Chief Minister of Sikkim of the duly recognized state under the constitution of India.  He managed to win 31 seats and one seat went in favour of Sikkim National Party.

1979, Second Assembly:  It was constituted in 1979 where Sikkim Janata Parishad clinched an absolute majority in the House and Nar Bahadur Bhandari was elected as the Leader of the House.

However, in May 1984, the Bhandari-led government was dispersed by the then Governor I.H. Talyarkhan and Shri Bhim Bahadur Gurung was appointed as Chief Minister. Gurung served the state for 13 days (from 11 May 1984 to 24 May 1984) and then President’s rule was imposed.

1989, Fourth Assembly: It was a Mono Party House as Bhandari-led Sikkim Sangram Parishad won all the 32 seats.

However, subsequently the ruling party was fragmented into two groups and a motion of confidence was moved.

The motion was defeated and Shri Sanchaman Limboo was elected as the Chief Minister.

1994- 2014, Fifth-Ninth Assembly: Since then, Sikkim Democratic Front has been in power under the leadership of Pawan Kumar Chamling.