On Tuesday evening, J&k Governor NN Vohra had forwarded his report to the President for imposition of central rule. 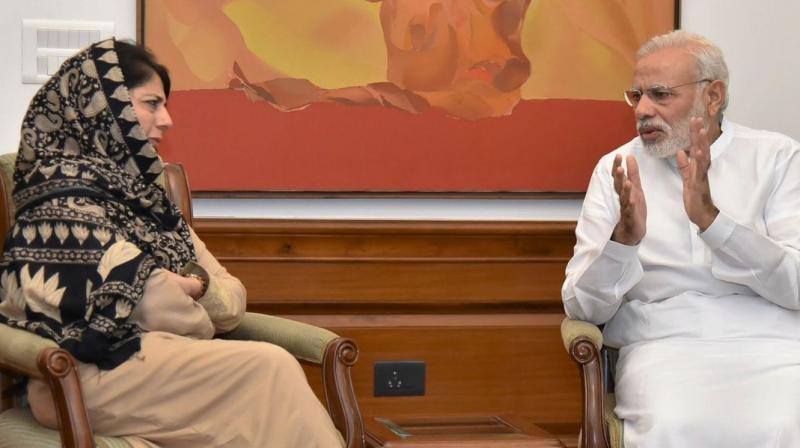 After the late afternoon announcement of BJP pulling out of PDP in Jammu and Kashmir, PDP leader and Chief Minister Mehbooba Mufti handed in her resignation to Governor N N Vohra.

Talking to reporters after giving her resignation, Mehbooba Mufti said: "Our agenda was healing touch, we can't treat Jammu and Kashmir as enemy territory."

On Tuesday evening, the Governor forwarded his report to President Ram Nath Kovind for imposition of Governor's rule in the state under Section 92 of the Constitution.

"It had become untenable to continue with the PDP government in Kashmir," said BJP national general secretary Ram Madhav, defending the move that will leave the state under Governor's rule for the fourth time since 2008 and eight time since 1977.

The BJP and PDP formed a coalition government in 2015 after the Jammu and Kashmir elections threw up a hung assembly. However, both of them were ideologically divided on a variety of issues.

The BJP had 25 seats in the Jammu and Kashmir Assembly, while the PDP had 28.