The court has granted her bail but banned her from going within 500 m of any demonstration or parade in Northen Ireland. 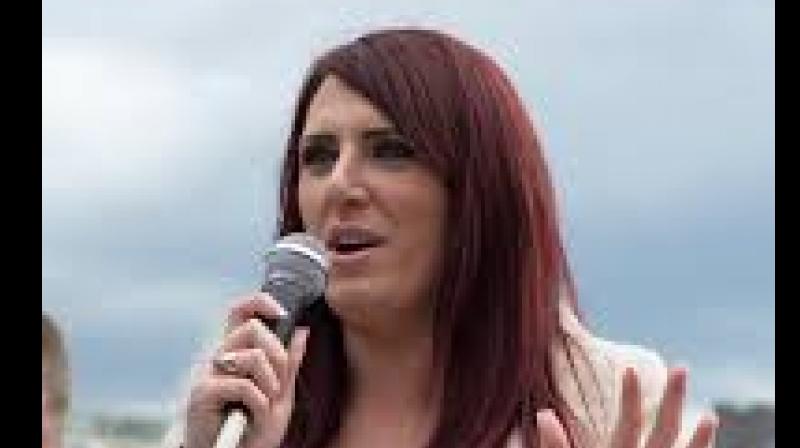 Jayda Fransen dismissed as 'nonsense' accusations that she used words which were 'threatening, abusive or insulting' when criticising Islam at a party rally in Belfast.(Photo: Twitter/ @JaydaBF)

Fransen, 31, dismissed as "nonsense" accusations that she used words which were "threatening, abusive or insulting" when criticising Islam at a party rally in Belfast in August.

After pleading not guilty, the court granted her bail but banned her from going within 500 metres of any demonstration or parade in Northern Ireland as part of the terms.

But Fransen was then re-arrested over another incident that occurred on Wednesday at a peace wall in the city, where she apparently recorded a video speaking about "civil war" in Britain.

"Detectives investigating an incident at a peace wall in Belfast on Wednesday 14th December have arrested a 31-year-old woman in the Belfast area today," said a police spokesman.

Paul Golding, leader of the fringe far-right party, was also arrested over the August rally after coming to support her at the hearing.

"Detectives investigating speeches made at the Northern Ireland Against Terrorism Rally on Sunday 6th August this year have arrested a 35-year-old man today in the Belfast area," the police spokesman said.

Fransen posted a video on Twitter immediately after the hearing, calling the charges "some nonsense".

"Basically, I criticised Islam and they want to send me to prison for two years," she said, adding it would likely be her last video for a while as she has been banned from using social media as part of her bail terms.

"This is turning into an absolute police state and it needs to stop," the far-right politician added.

Trump's retweets in November, of the small group with no political representation, known for its aggressively anti-Muslim stance, drew condemnation in the United States and in Britain where there were renewed calls for the US president's planned state visit to be cancelled.