The Chinese foreign ministry said Wang Yi will visit N Korea on Wednesday and Thursday at the invitation of his North Korean counterpart. 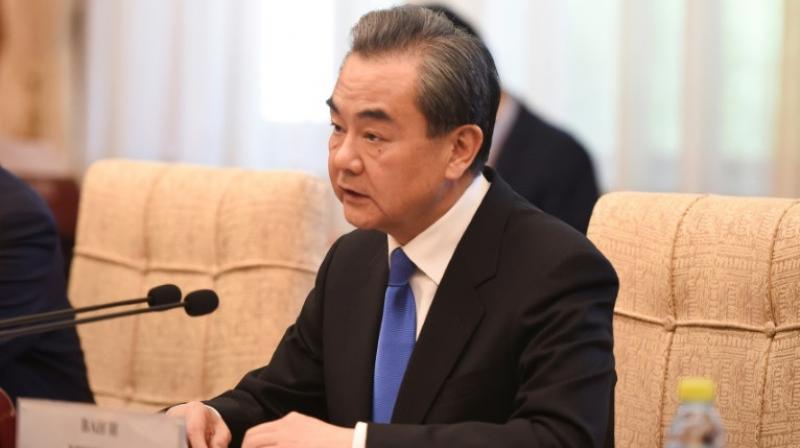 Chinese Foreign Minister Wang Yi will be the first Chinese foreign minister to visit the North since 2007, a lapse that highlights the rough patch that relations between the Cold War-era allies has gone through in recent years. (Photo: AFP)

Beijing: China's foreign minister will visit North Korea this week, his office said Monday, becoming the highest-ranking Chinese official to travel there in years as Beijing moves to further improve ties with Pyongyang days after a landmark inter-Korean summit.

The Chinese foreign ministry said in a brief statement that Wang Yi will visit North Korea on Wednesday and Thursday at the invitation of his North Korean counterpart, Ri Yong Ho.

The two met in Beijing in early April, days after talks between President Xi Jinping and North Korean leader Kim Jong Un in the Chinese capital -- the first meeting between the leaders since Kim inherited power from his father Kim Jong I in 2011.

Wang will be the first Chinese foreign minister to visit the North since 2007, a lapse that highlights the rough patch that relations between the Cold War-era allies have gone through in recent years.

China has supported a series of United Nations sanctions against the North over its nuclear weapons programme.

But Beijing is likely eager to avoid being marginalised in the wave of diplomacy that led to last Friday's historic summit between Kim and the South's President Moon Jae-in.

Kim is expected to meet US President Donald Trump in the coming weeks at a time and place that have yet to be announced.

The North Korean leader has also invited Xi to visit Pyongyang but no date has been set yet.

"The Chinese are undoubtedly eager to hear what Kim Jong Un's plan is for his meeting with Donald Trump," Bonnie Glaser, China specialist at the Washington-based Centre for Strategic and International Studies, told AFP.

"It is also possible that Wang Yi is in Pyongyang to advance Xi's visit to North Korea," Glaser said, adding there were rumours this could happen before Trump's meeting with Kim.

At their summit in the Demilitarized Zone, Kim and Moon agreed to pursue the complete denuclearisation of the peninsula.

They also decided to seek a peace treaty by the end of the year and hold talks with the United States, and possibly China, to achieve it.

The Korean War, in which China fought on the North's side, ended in 1953 with an armistice rather than a peace treaty.

Being left out of peace talks would be unacceptable to Beijing, Glaser said.

"The Chinese want to ensure that they are at the table and have a means to influence the course of events on the peninsula," she said.

While China has supported punitive measures against the North, analysts say it could worry that the diplomatic thaw may lead to a deal between Pyongyang and Washington that is not in its interests.

A divided Korea has played in its favour as the North serves as a buffer from the South, where US troops are stationed. Despite recent tensions, China remains the North's sole major ally and top economic partner.

In the latest major diplomatic announcements, Seoul said Sunday that Pyongyang had promised to shut its nuclear test site within weeks and invite US weapons experts to verify its closure.

Kim also said Pyongyang would have no need for nuclear weapons if it were promised it would not be invaded, according to Seoul.

China has repeatedly proposed that the North suspend its nuclear and missile tests in return for the United States and South Korea halting their joint military exercises.

"Beijing is likely irritated that Kim has ignored China's 'freeze for freeze' proposal," Glaser said, adding that Kim offered to suspend tests without demanding that the US halt military manoeuvres.

"In addition, Kim has said nothing about the eventual removal of US troops from Korea, which is almost certainly what China hopes for," Glaser said.

But Hua Po, an independent Chinese political commentator, said Wang's visit would allow the two countries to coordinate their positions ahead of the Trump-Kim summit.

"Now that North Korea has committed itself (to denuclearisation of the peninsula), China may give priority to lifting some sanctions on North Korea. Wang Yi may address this issue during his visit," Hua said.