World   Asia  08 May 2020  North Korea praises China for getting the pandemic under control
World, Asia

North Korea praises China for getting the pandemic under control

China is North Korea's most significant ally and economic lifeline, accounting for about 90% of the country's external trade 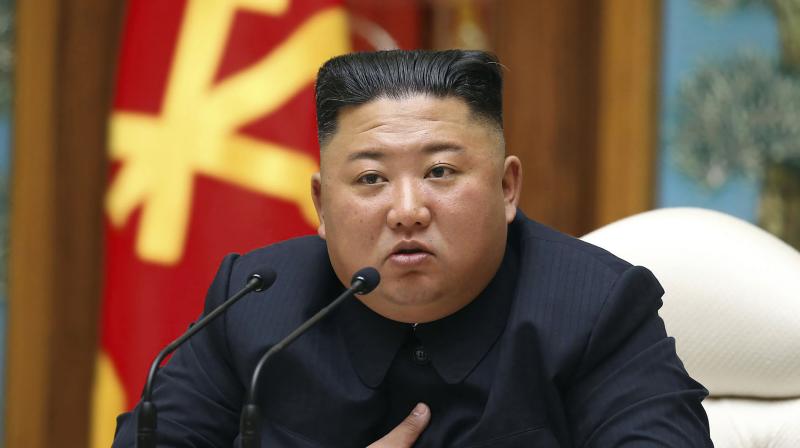 Bangkok: North Korea leader Kim Jong Un sent a personal message to Chinese President Xi Jinping praising what he described as China's success in getting its coronavirus epidemic under control.

The report by North Korea's state media followed an assessment by South Korea's spy agency that the pandemic is hurting the North's economy, already crippled by decades of policy failures and U.S.-led international sanctions over its nuclear weapons program.

China is North Korea's most significant ally and economic lifeline, accounting for about 90% of the country's external trade. With China's COVID-19 caseload easing, some experts say the North could reach out to China to reinvigorate cross-border trade that had been significantly reduced in past months.

The Korean Central News Agency says Kim in the message to Xi congratulated him, highly appreciating that he is seizing a chance of victory in the war against the unprecedented epidemic. It did not specify when the message was sent.

South Korea's spy agency recently told lawmakers in a closed-door briefing that trade volume between North Korea and China in the first quarter declined 55% from a year earlier. In March, the bilateral trade volume suffered a 91% drop, lawmakers cited the agency as saying.

North took intense action to avoid an outbreak by closing its borders in January and quarantining thousands of people. It still contends it has had no cases of infection, though many outsiders doubt that.

A South Korean lawmaker who discussed the spy agency's findings earlier this week said the National Intelligence Service cannot rule out an outbreak in the North. But the agency concluded skyrocketing food prices and panic-buying in Pyongyang and a reduction in Kim Jong Un's public appearances this year were evidence of the impact, the lawmaker said.

South Korea reported 12 fresh cases of the new coronavirus, its first increase above 10 in five days.

Figures by the Korea Centers for Disease Control and Prevention brought national totals to 10,822 cases and 256 deaths. Three of the new cases were detected in the hardest-hit city of Daegu, and three were passengers screened at airports.