World   29 Aug 2020  Kamala Harris 'not competent' to be US president, Ivanka is better: Trump
World

Kamala Harris 'not competent' to be US president, Ivanka is better: Trump 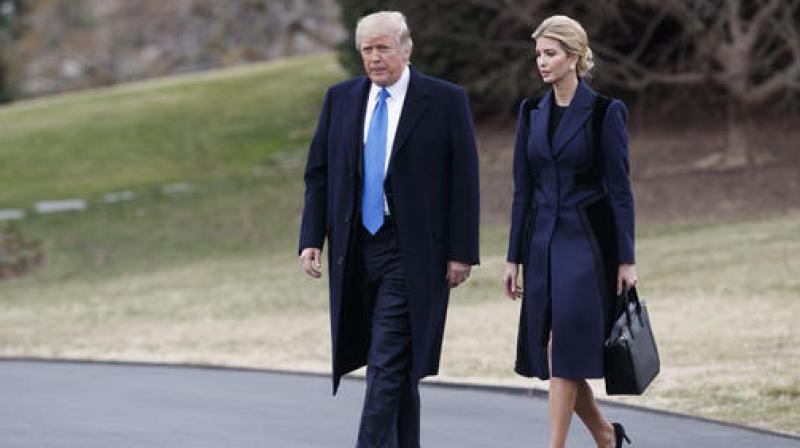 US President Donald Trump and his daughter Ivanka. (AP)

Washington: Kamala Harris is "not competent" to be president, US President Donald Trump has said as he launched an attack on the Indian-origin senator's credentials for the top post.

Addressing his supporters at a Republican campaign rally in New Hampshire on Friday, Trump said he would support seeing a female president in the US but suggested that his daughter and senior White House adviser Ivanka Trump would be a better candidate for such a role.


Harris, 55, was a presidential aspirant until last year before she dropped out of the race because of lack of popular support. Harris returned to political limelight after Joe Biden, the Democratic Party's presidential candidate, picked her as his running mate in the November 3 election.

Born to a Jamaican father and an Indian mother, Harris is the first Indian-American and first Black woman to be picked by a major American political party for the top post.


"She's not competent," he said amidst applause from his supporters, a few of whom screamed Ivanka Trump, at an election rally on Friday.

"They're all saying, 'we want Ivanka'. I don't blame you," he said responding to his supporters.

This was Trump's first election rally after he formally accepted the nomination of the Republican Party on Thursday for the presidential election.

Trump said Harris withdrew from the Democratic Party's presidential race before primary season kicked off as her popularity dropped down to single digit.

"How about her? Sheer beauty? What a beauty though. They pick a woman who starts off...She (Harris) starts off (her presidential campaign) sort of strong. She's one of the favourites. Within a period of a few months, she goes down, down 15, 12, 11, nine, eight, five, three, two," he said, underlining the popularity downslide of Harris in the few months after her highly impressive campaign launch.


"Then she goes, I'm going to leave because I've decided that I want to leave. I want to leave. She left (the race of presidency) because she wouldn't have gotten any votes. She was terrible. And this would be your president possibly. I don't think so. I don't think so," Trump said, speculating on the possibility that Harris could emerge as a Democratic presidential candidate in 2024.

Attacking Biden, Trump said he is running on the most extreme, far left platform of any nominee in American history.

"And of our foreign adversaries who are devising a plan to destroy the United States from within all they have to look, is that the Biden-Harris (ticket)," he said.


Hours before Trump delivered his acceptance speech from the South Lawn at the White House, Harris alleged that the president's policies have been "a reckless disregard" for the danger a pandemic would pose to American lives.

She said Trump has "failed at the most basic and important job of a President of the United States. He failed to protect the American people".