Due to some wholly irrational steps that were taken, the already battered economy now stands devastated 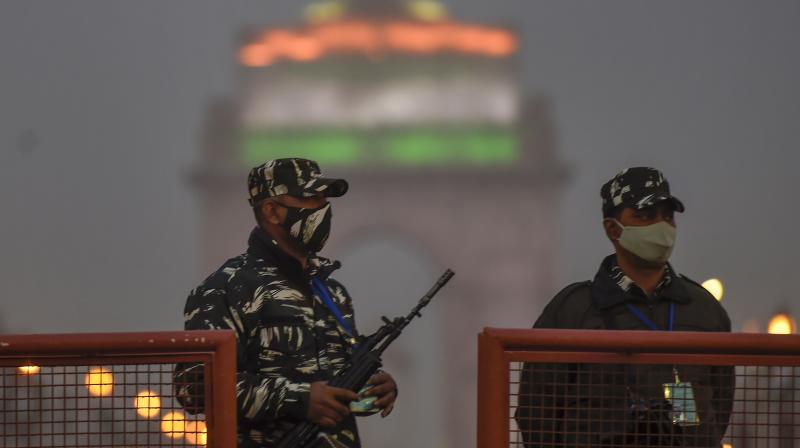 This Republic Day, which comes at the end of our annus horribilis, the miserable year of 2020 during which the world was devastated due to the novel coronavirus pandemic, has to be one in which we must summon fortitude and determination in the face of great adversity, rather than prepare for the celebration of any achievement, for there are none.

The aftershocks of China’s continuing invasion of Indian territory in Ladakh have still to be dealt with. This invasion has shown that our guard was down -- diplomatically and militarily. The great farmers’ uprising -- the biggest since Independence -- to protest against three agricultural laws is still ongoing.

If steps are not taken on an emergency basis, this can spin out of control. We urge the government to be practical for the sake of the country and show flexibility and compassion, rather than rigidity or exhibit the coercive powers of the State.

The world has fast-tracked the established procedures of science to deal with Covid-19 on an emergency basis and vaccines have at last become available. In India, we are manufacturing an international brand as well as a home-made one. These bring hope, but also uncertainties. It is too early to judge the outcomes of vaccination being administered under emergency protocols.

The best hope is that the available vaccines will at least not cause damage to the human body even if they don’t prove wholly efficacious or effective against the virus. After millions of deaths the world over and in India more than one lakh, we also don’t know whether or not to expect a second wave.

The role of the government in India has raised many questions. Proactively, the government imposed the world’s most severe lockdown to contain the virus’ transmission and prayed for the rest. Not placing faith in science at the start, it condoned the transfer of blame for the virus on a communal basis to the country’s largest minority. An already fragile social life was rendered more vulnerable. Due to some wholly irrational steps that were taken, the already battered economy now stands devastated. The rate of growth is at minus seven per cent, according to official data.

The hard to digest aspect of the government’s response has been its stubborn refusal to release funds, except on the most perfunctory basis, to the vulnerable sections of the people and the economy in order to kickstart economic activity. This was the opposite of what other major nations did.

Ironically, in the pandemic period, the assets of billionaires in India have gone up 35 per cent, according to a recent Oxfam report, which refers to Covid-19 as the “inequality virus”. At the same time, roughly 100 million Indians found themselves out of work. These were the seasonal workforce or workers in the informal sector, which is the biggest generator of employment outside agriculture.

The Budget is around the corner and the finance minister is on test. Will she take effective steps to ameliorate the conditions of the majority of the population or pay lip service to them while working principally for those who were the beneficiaries of the pandemic economy. The government must act as the first responder in any crisis. This Republic Day it must resolve to respond with vision and energy.