'It was unbelievable,' said Davis after winning the award, the country’s highest honour in the field. 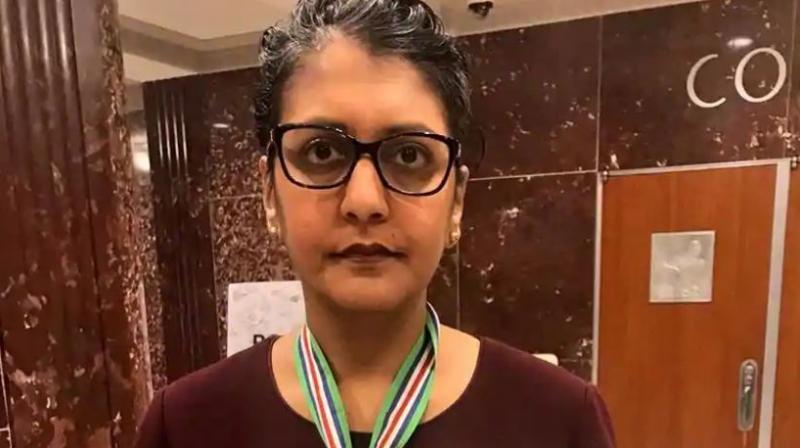 Houston: An Indian-American woman has been honoured with a Presidential award by US secretary of state Mike Pompeo for her extraordinary contribution towards combating human trafficking in Houston.

“It was unbelievable,” said Davis after winning the award, the country’s highest honour in the field.

“My parents came here from India. I was the first one in my family born in the United States, so to end up in the Mayor’s office a few years ago, and then to now end up in the White House, it was unbelievable,” she said.

Appointed in July 2015, Davis has made a local impact on human trafficking in America’s fourth largest city from a policy-level perspective and by helped in advancing systems change.

She is currently implementing Mayor Turner’s Anti-Human Trafficking Strategic Plan, which is the first comprehensive municipal response to human trafficking by a US city.

She is a past speaker at the United Nations World Humanitarian Summit and recently travelled to India and Canada at the request of the State Department to discuss municipal leadership in trafficking with the government officials.

Davis did her MBA from the University of Connecticut and BA from New York University.