Sushma Swaraj: Woman of many firsts

Apart from numerous achievements to her credit, she was the first-ever full-time woman External Affairs Minister. 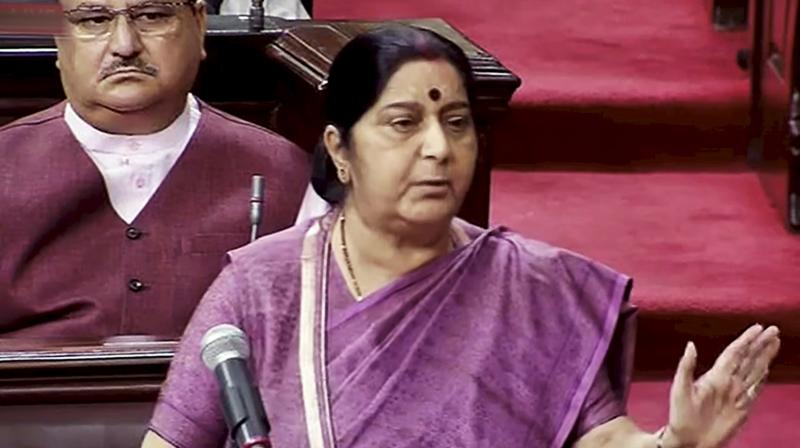 Her death has left a massive void in Indian politics and political leaders cutting across party lines joined fellow countrymen in expressing their deep anguish.

Swaraj was witty, responsive, much respected and a seasoned politician. A prolific speaker, an excellent orator and a woman of substance, Swaraj has many credits to her name.

Born in 1952 and a part of active politics since 1970s, Swaraj studied law at Punjab University and was a practicing lawyer at Supreme Court of India.

Apart from her much celebrated tenure as the external affairs minister, Swaraj had the following firsts to her credit:

Swaraj was suffering from kidney ailment for quite some time. She had voluntarily offered to not contest the 2019 parliamentary elections.

Her mortal remains will be kept at her residence till noon on Wednesday before being taken to the BJP headquarters.

At 3 pm, the mortal remains will be taken to Lodhi Road crematorium for the final rites. Full state honours would be accorded.