As Mumbai reeled under heavy showers and more downpour is predicted by the IMD. 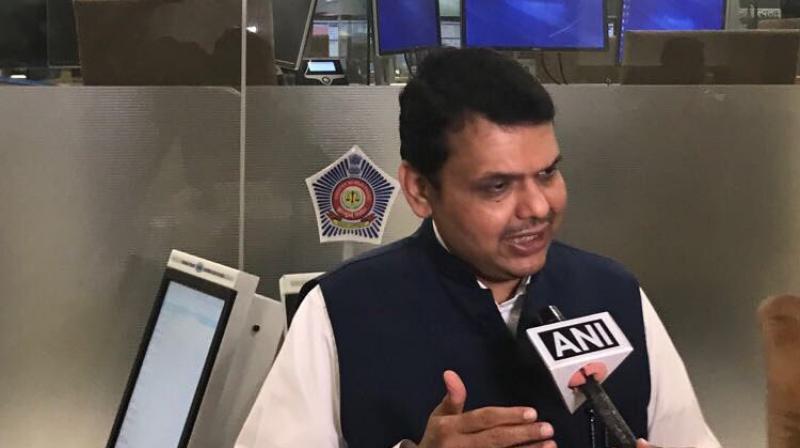 Mumbai: Maharashtra Chief Minister Devendra Fadnavis on Tuesday visited the State Disaster Management Control (SDMC) room in Mumbai and took stock of the situation arising out of the heavy rainfall that has crippled transport services and thrown the normal life out of gear in the metropolis.

As Mumbai reeled under heavy showers and more downpour is predicted by the IMD, the Maharashtra government has allowed its employees in Mantralaya (secretariat) and other departments to leave early. It has also appealed to the private companies to do the same.

@MumMetro fully packed today due to heavy rains. No one care to how door be close. No Staff available at station to avoid this situation pic.twitter.com/TWWO3GKK7U

"I chaired a review meeting of officials in the disaster management unit to ascertain the situation that has arisen from the heavily rainfall in Mumbai," Fadnavis said.

"I have spoken to BMC officials. The civic body has received several complaints related to tree falling and some related to waterlogging," he said, adding the Brihanmumbai Municipal Corporation (BMC) is looking into these complaints.

The chief minister said he spoke to the Mumbai Police Commissioner and was informed that traffic has been diverted at 25 places due to waterlogging.

"We have advised (private) offices to allow their employees to leave for their homes early today. We have issued similar orders for government employees," Fadnavis said.

He said as Mumbai was under CCTV surveillance, vehicular movement can be monitored from the traffic control room and the police commissioner's office.

Normal life has been paralysed and, road, rail and air services have been badly affected due to heavy showers in the metropolis and adjoining areas since last night.