Researchers say style of writing, is like a ‘snapshot in time’ that defines who we are 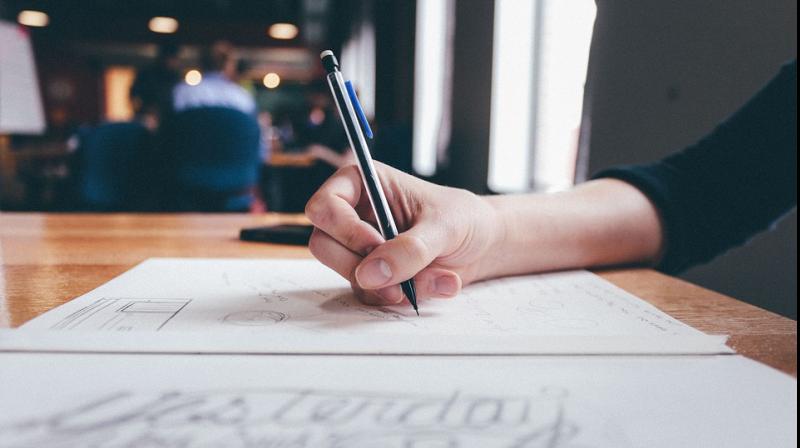 London: Your handwriting can tell if you have a personality similar to Isaac Newton or Queen Victoria, say scientists who have decoded character traits of some of Britain's most famous names by decoding their writing style.

The subjects were chosen as they were all keen letter writers and appeared in the 100 Greatest Britons or 100 Great Black Britons lists.

"Handwriting is like 'brain writing' because it comes through the central nervous system. It's a snapshot in time," said Tracey Trussell, handwriting analyst in the UK.

Slant is an emotional barometer that measures people's social stance. A marked right slant such as that in the writing style of Queen Victoria and Issac Newton indicates that a person is enthusiastic, responsive and that they do not want to hold back and tend to be highly proactive.

Writing consists of three zones ? upper, middle and lower The upper zone focuses on the parts of the letters that extend up wards like b, d, f, h and k, researchers said.

People with a large and dominant upper zone have rich imaginations, creative mind-sets and big aspirations. They are also intellectually savvy, ethical and have high standards, like Claudia Jones, Ignatius Sancho and Charles Darwin, researchers said.

A person with long and high t-bars is a take-charge sort of person, like Queen Victoria and feminist leader Millicent Fawcett. They are decision makers and perfectionists, they said.

Narrow or non-existent right margin is when the end of a sentence leaves no space on the right hand side of the page.

Words appear to fall off the edge of the page or dip down like in the cases of Isaac Newton and Charles Darwin.

The size of the right hand margin shows the writer's real feelings towards the future. Those that leave no right margin are outgoing and engaging. They are also impulsive, goal-orientated and driven, researchers said.

A noticeably large (or inflated) letter 'k' shows people who are resourceful and defiant like Charles Darwin, Ignatius Sancho and Claudia Jones. They like to get their own way and follow their own path in life, researchers said.

"It is amazing to think that something we do every day can reveal so much about us," said David Gold from Royal Mail -  a postal and delivery provider service.