From Covfefe to Hollyweed: Weird news grabs headlines in 2017 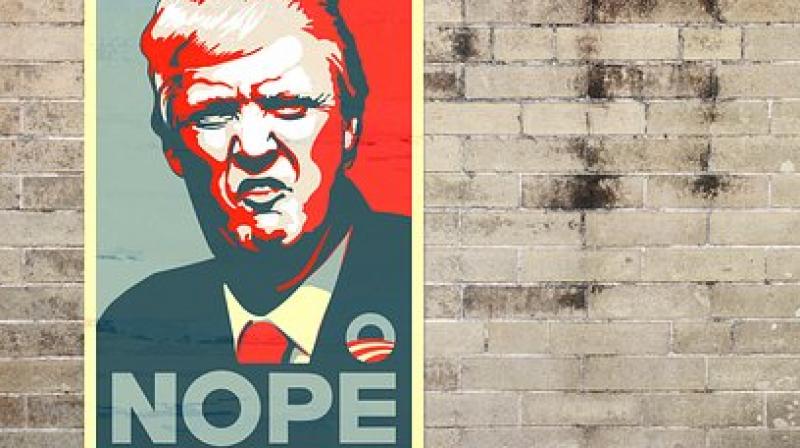 While Donald Trump dominated US headlines in 2017, here are some other bizarre headlines that went viral.(Photo: Pixabay)

President Donald Trump’s Oval Office style dominated US headlines in 2017, but readers were particularly perplexed by his use of the word “covfefe,” in what turned out to be one of the oddest news stories of the year.

A tweet by Trump in May read simply: “Despite the constant negative press covfefe.”

White House officials batted away questions about what the word meant and even the dictionary company Merriam-Webster drew a blank. Trump left it up to the reader to divine his meaning, with a follow-up: “Who can figure out the true meaning of ‘covfefe’ ??? Enjoy!”

But he was not alone in leaving readers scratching their heads. Even outside Washington, the year produced a spate of weird news, including odd pranks and poorly considered crimes.

Los Angeles residents awoke on New Year’s Day to find the four-story white letters of the world-famous “Hollywood” sign had been altered to read: “Hollyweed.” The prank came just two months after California voters approved the recreational use of marijuana despite a federal ban.

Austin, Texas, police were tipped off to an illegal brothel when hundreds of condoms clogged a city sewer pipe in March. The blockage at Jade Massage Therapy was the smoking gun that led to the arrest of two people for prostitution and money laundering.

US Customs and Border Protection agents were spared a spine-chilling surprise when a California man was arrested in July for trying to smuggle three highly poisonous king cobra snakes hidden in potato chip canisters.

Crooks had planned the latest haul of snakes in a can after all 20 king cobras in a previous shipment died in transit, authorities said.

Back in the political arena, an octogenarian ex-con New Jersey politician revived her burlesque act at a May fundraiser - although she kept her clothes on.

Former Jersey City Deputy Mayor Leona Beldini, who is in her early 80s and danced as “Hope Diamond,” performed in a gown and feather boa to raise cash for a non-profit dance company, three years after being released from prison following a bribery conviction.

Millions watched via webcam as April, a giraffe, gave birth to a 6-foot-tall (1.83-meter) male calf. From around the globe, her fans watched her endure the conclusion of a 16-month pregnancy at Animal Adventure Park in Harpursville, New York - in April, of course.

Months earlier, a small moth with a yellowish-white coif of scales was named for then-President-elect Trump, who wears a similar hairstyle, researchers told the scientific journal ZooKeys.

The new species of insect, Neopalpa donaldtrumpi, is native to Southern California and Mexico’s Baja California, and is likely capable of flying over the proposed border wall with Mexico that was a central promise of Trump’s presidential campaign.