The White House responded by saying that the first lady wanted to use her platform “to help as many children as she can.” 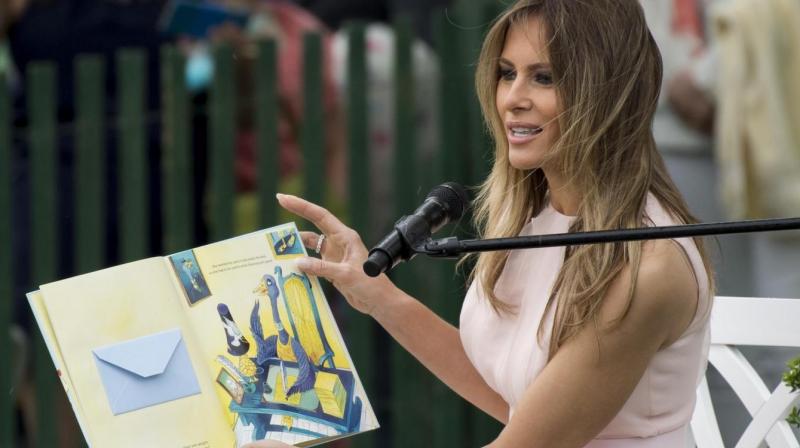 The librarian said that many people are unaware of is that Dr. Seuss’ illustrations are steeped in racist propaganda. (Photo: AFP)

US first lady Melania Trump’s donation of books to a California school was rejected by its librarian, describing them racist and unneeded.

Ms. Melania had sent packages of 10 Dr. Seuss books to one high-achieving school in every state. The packages included titles such as The Cat in the Hat, Green Eggs and Ham and a personal favourite that she and her son, Barron, 11, read together “over and over:” Oh, the Places You’ll Go!

In an open letter to the first lady posted on a book blog, Liz Phipps Soeiro, a library media specialist at the Cambridgeport School in Cambridge, Massachusetts, said that while she was grateful for the books, she would not be accepting them.

Ms. Soeiro said she was returning the books because “...my school doesn’t have a need for these books.”

“Another fact that many people are unaware of is that Dr. Seuss’ illustrations are steeped in racist propaganda, caricatures, and harmful stereotypes,” Ms. Phipps Soeiro wrote, citing If I Ran a Zoo, which some critics say contains caricatures of Africans and Asians.

“Why not go out of your way to gift books to underfunded and underprivileged communities that continue to be marginalised and maligned by policies put in place by Secretary of Education Betsy DeVos?” she proposed.

Her letter prompted her school district to distance itself from her, saying in a statement that she has the right to her opinion but it is not an official position, according to the Boston Globe.

The White House responded by saying that the first lady wanted to use her platform “to help as many children as she can.”

“To turn the gesture of sending young students some books into something divisive is unfortunate, but the first lady remains committed to her efforts on behalf of children everywhere,” her spokeswoman Stephanie Grisham said.