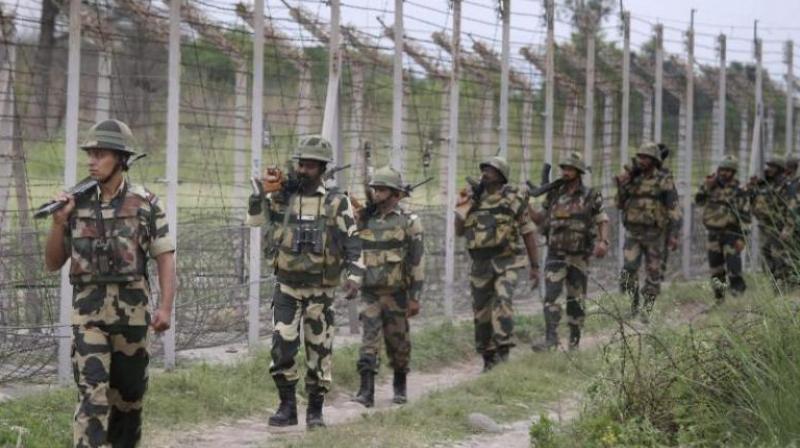 SRINAGAR: Jammu and Kashmir police on Friday claimed the militants involved in the murder of a local BJP youth leader and his two associates in southern Kulgam district have been identified and that Lashkar-e-Tayyaba (LeT) and The Resistance Front (TRF) carried  out the attack on Thursday night.

A group of gunmen had at around 8 pm on Thursday shot and critically wounded Fida Hussain Itoo, general secretary of the J-K unit of BJP Yuva Morcha, and two other party workers, Umar Ramzan Hajam and Umer Rashid Beigh, in Kulgam’s Yaripora village. They were quickly evacuated to an emergency trauma hospital along the Srinagar-Jammu highway in Qazigund area but doctors at the hospital pronounced them dead on arrival.

Inspector General of Police (Kashmir range), Vijay Kumar, during a visit of the area told reporters that the assailants came in a Maruti Alto car and opened fire at the trio. “Then the militants fled in the same vehicle. We seized the vehicle near Achabal area of Anantnag,” he said adding, “With the help of our technical and human intelligence, three militants who carried out the act include a local Nisar Ahmed Khanday, another one namely Abbas Sheikh who was earlier with the Hizb-ul-Mujahideen and later joined LeT, and the third one may be a foreigner.”

Replying to questions, the IGP said that the police had provided ‘protection’ to slain BJP youth leader Hussain and that he was lodged at Hotel Dolphin at the Valley’s premier resort of Pahalgam. “But he recently gave undertaking that he can move around without security. Now we are investigating what the trio was doing in the Kulgam area,” he said.

Kumar said that since BJP workers have come under militants attacks earlier too, as many as 1,690 of them have been provided lodging in various hotels and guesthouses across the Valley which are guarded by the police and Central armed police forces round-the-clock, whereas 157 others have been provided with security cover on the basis of threat perception.

“We urge BJP leaders, workers and activists not to venture out without their security guards and don’t go to areas that are quite far,” he said. He claimed that the latest attack on BJP workers was carried out at the behest of the militants’ handlers from across the border.

Prime Minister Narendra Modi has strongly condemned the killing of BJP workers. He tweeted, “I condemn the killing of 3 of our young Karyakartas. They were bright youngsters doing excellent work in J&K. My thoughts are with their families in this time of grief. May their souls rest in peace.”

During the past few months, several BJP workers have been killed by militants in similar incidents across the Valley, instilling fear among the partymen which the leadership has been trying hard to dispel. It was on its request and directions from the Home Ministry that the majority of the BJP leaders and workers were shifted to safer locations identified by the police. The BJP’s local leadership has publicly admitted that the  murder of the party’s former district president Sheikh Waseem Bari, his father Bashir Ahmed and brother Umar Bari, who were shot dead from point blank range by two assailants inside their family shop in northern Bandipore town in July this year, and similar other incidents which came in quick succession caused panic among party workers in the Valley.

These killings had led to a series of resignations by the party workers and leaders, some of them publicly announcing their disassociation from the BJP. However, the party was able to arrest the trend soon by ensuring shifting of those of its men living in more vulnerable areas to safer and protected locations.