The train will have 10 coaches, a seating capacity of 750 passengers and will leave Mumbai for Ahmedabad every 20 minutes. 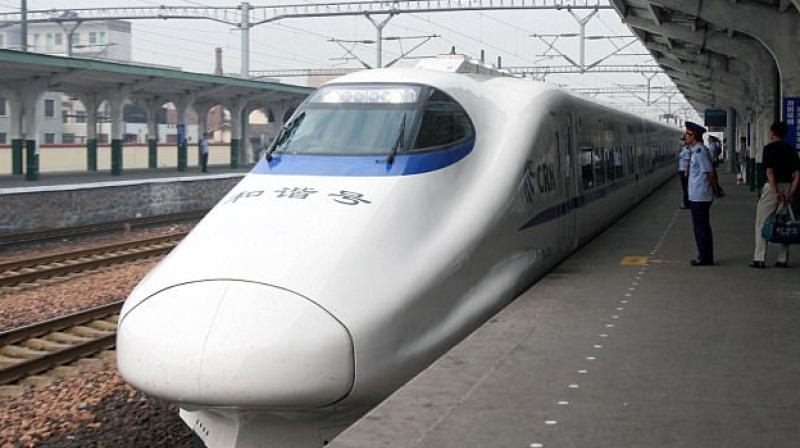 Mumbai: The wait for India's first high-speed bullet train which is slated to run between Mumbai and Ahmedabad is coming to an end soon. The operations for this ambitious project will commence as soon as 2022, Union Railway Minister Piyush Goyal has said.

The train will have 10 coaches, a seating capacity of 750 passengers and will leave Mumbai for Ahmedabad every 20 minutes.

The announcement was made by the Railways minister on Twitter.

According to reports, the earlier deadline was 2023 but now the high-speed bullet train deadline has been shifted to August 15, 2022 when India will complete 75 years of its independence.

Currently, trains take seven hours to cover the distance of 500 kilometer between Mumbai to Ahmedabad, while flights take about one hour. With the high-speed bullet train aims to reduce the travel time to just three hours.

Read: Bullet train will kill everything: Chidambaram mocks at Modi

The land for the project, which was launched by Prime Minister Narendra Modi and his Japanese counterpart Shinzo Abe on September 14, 2017, has already been bought and the process of designing of bridges and tunnels has been initiated.

Though many are excited about the launch of this high-speed train, it has gathered a lot of criticism too, especially from opposition parties.

The biggest attack, though, came from BJP ally Shiv Sena, following the stampede on the foot over-bridge linking Elphinstone Road and Parel suburban stations in Mumbai in September, 2017.

"How come the central government didn't have money to spend on a bridge used by poor commuters but gave Rs 30,000 crores in one day" for the bullet trains," the Sena had said.