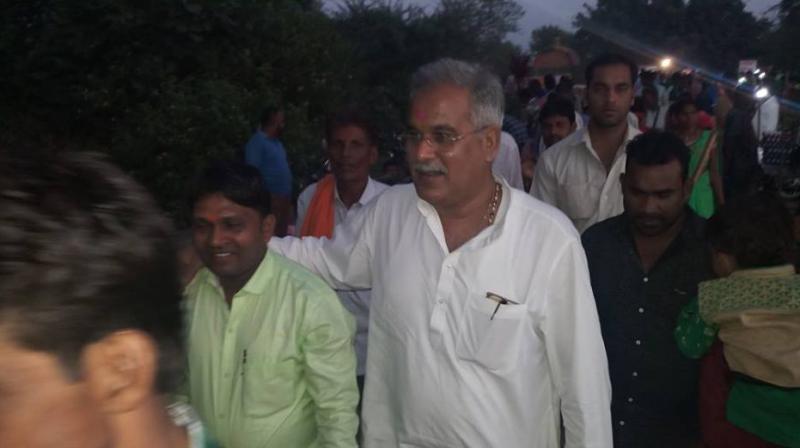 Munat had filed a complaint against Congress leader Baghel and the scribe after which an FIR was lodged under relevant sections of the IT act. (Photo: Facebook/Bhupesh Baghel)

Munat had filed a complaint against Congress leader Baghel and the scribe after which an FIR was lodged under relevant sections of the IT act.

On Friday, former BBC journalist Verma was arrested from his residence at Ghaziabad in Uttar Pradesh and was sent on a transit remand for extorting and blackmailing Chhattisgarh BJP leader Rajesh Munat.

"I have a sex CD of Chhattisgarh Minister Rajesh Munat and that is why the state government is not happy with me," he said.

Read: Arrested journalist cries foul, says being framed as he has sex CD of C'garh minister

Verma was picked at 3:30 am from Mahagun Mansion Apartments, Vaibhav Khand, Indirapuram by a team of Chhattisgarh Police with the help of Ghaziabad police, Senior Superintendent of Police (SSP) HN Singh said.

An FIR was filed against Verma by a person named Prakash Bajaj, who accused the journalist of blackmailing him over a certain 'vulgar' video that features his boss.

Munat, however, maintained that the sex CD, which the journalist claim to have against him, was fake and asked Chief Minister Raman Singh to order probe.

The incident took a political colour when opposition Congress state chief Bhupesh Baghel claimed that he was in possession of the said CD. He demanded resignation of the minister and said the journalist was framed without any logic as 'mere possession of a CD was not a crime'.

Vinod Verma is a member of the Editors’ Guild and has worked with Amar Ujala.