Medical examination of Ram Rahim Singh was conducted, after which he was given a jail uniform and allotted a cell in jail. 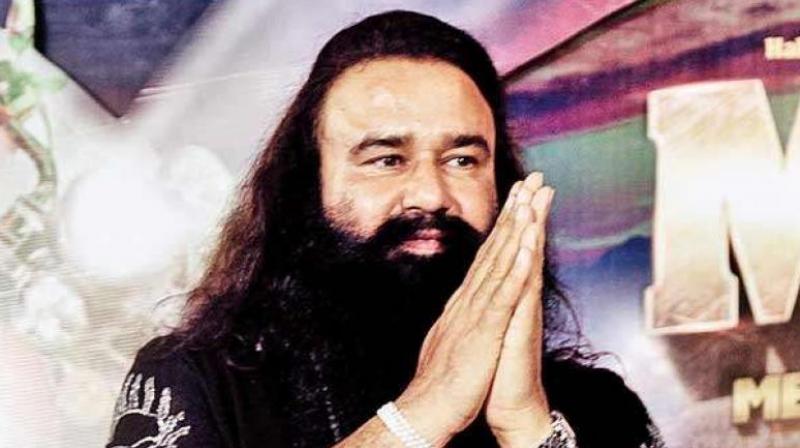 Arguments began at the Sunaria jail around 2:30 pm where the prosecution demanded maximum punishment for Ram Rahim. (Photo: PTI/File)

According to CBI Spokesperson Abhishek Dayal, Ram Rahim will serve 20 years(10-10 in both cases) in jail and both the sentences will run consecutively

The lawyer appearing for Ram Rahim said that the judge announced 10-year imprisonment along with Rs 15 lakh fine each in the two cases of rape. An amount of Rs 14 lakh each has also to be paid to both the victims.

The defence also said that they will approach high courts in the matter.

Medical examination of Ram Rahim Singh was conducted, after which he was given a jail uniform and allotted a cell in jail.

Soon after the CBI judge sentenced Ram Rahim for rape, Punjab Chief Minister Amarinder Singh assured there was "total normalcy" in the state.

"Our forces are on their toes. Will not let any untoward incident happen," he said.  He also said that this sentence "must be accepted by the people and peace must prevail".

Haryana Chief Minister M Manohar Lal Khattar has called for an emergency meeting of senior state officials, party leaders and ministers at his residence in Chandigarh.

Arguments began at the Sunaria jail around 2:30 pm where the prosecution demanded maximum punishment for Ram Rahim.

Special CBI judge Jagdeep Singh allotted 10 minutes each to both sides to put forth their arguments.

Defence lawyer SK Garg Narwana asked the judge to take a lenient view arguing that Ram Rahim Singh is a social worker who has worked for the welfare of the people.

Two cars were torched by Dera Sacha Sauda supporters in Phoolka area of Haryana's Sirsa ahead of the judgement.

Panchkula-based judge Jagdeep Singh, who held the self-styled godman guilty on Friday, was flown to Sunaria jail in Rohtak on Monday morning to read out the sentence to Ram Rahim in a makeshift prison created within the jail.

Haryana, Punjab and parts of Uttar Pradesh were under a thick security cover on Monday to prevent any repeat of the mayhem that followed the guilty verdict on Friday.

Thirty eight people have died so far in the violence perpetuated by followers of Ram Rahim’s sect, the Dera Sacha Sauda.

The fulcrum of security activity was Dera headquarters Sirsa and the Sunaria jail in Rohtak where the convicted felon Gurmeet Ram Rahim Singh was being kept.

At least 4,000 Army personnel guarded the jail – 10 kilometres from Rohtak city - in a three-tier security cover.

Schools and colleges in Haryana, Punjab and Uttar Pradesh’s Shamli district were shut on Monday.

Thousands of supporters who had gathered at the Dera headquarters in Sirsa were also shooed out by the administration.

The rape case against Ram Rahim has been dragging since April, 2002 when an anonymous letter written to the Punjab and Haryana chief justice complained of sexual exploitation of women followers at the Dera.

Journalist Ram Chander Chhatrapati of Sirsa, who had exposed this exploitation, was shot dead at his residence on October 24, 2002. That case is up for its next hearing on September 16.

Acting on the letter, the High Court handed the matter to the CBI later that year after a district court indicated the possibility of sexual harassment.

The CBI registered a case of rape and criminal intimidation in December, 2002 and fled a chargesheet against Ram Rahim mid-2007 for the sexual exploitation of two sadhvis between 1991 and 2001.

A daily hearing was ordered by the special CBI court in July, 2017 followed by the guilty verdict on August 25, 2017.