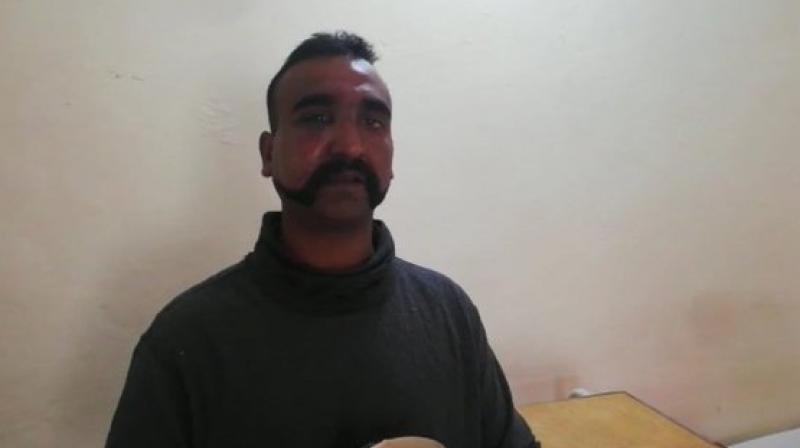 The 38-year-old has been a fighter pilot for 16 years and is the son of a decorated and senior officer of the Air Force. (@OfficialDGISPR/Twitter)

Mumbai: Wing Commander Abhinandan Varthaman of the Indian Air Force (IAF) is in Pakistan’s custody following the crash of an Indian MiG-21 on Pakistan soil on February 27.

He ejected safely from his aircraft, but landed across the Line of Control.

The Ministry of External Affairs (MEA) had summoned the acting high commissioner of Pakistan Syed Haider Shah and demanded the immediate and safe return of the pilot.