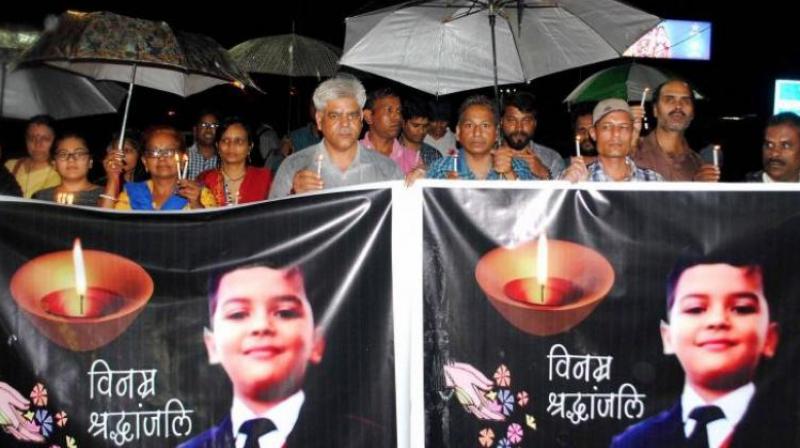 Haryana: Lawyer of the family of the seven-year-old student who was mysteriously murdered in Ryan International School, Gurgaon on Friday said that the family will approach the Supreme Court on Monday if the Central Bureau of Investigation (CBI) does not start probe in two days.

Haryana Chief Minister, Manohar Lal Khattar had announced that a CBI investigation would be carried out into the murder, following which the case was handed over to CBI on September 15.

However, CBI had on Tuesday said that it has not received any notification from the Haryana Government for further investigation into the murder.

Pradyuman's father Varun Thakur has expressed disappointment over the delay in handing over the case to the CBI even after the chief minister's announcement.

The Punjab and Haryana High Court had on Wednesday issued notice to the Haryana government on the anticipatory bail plea filed by the three trustees of Ryan International School in connection with the murder.

Meanwhile, on September 14, the Bombay High Court had rejected the anticipatory bail pleas of the three Mumbai-based trustees.

Following the incident, school's bus conductor was arrested for the crime, but the case took a complicated turn after family of the accused claimed that he was being wrongly framed and that the school authorities were trying to mislead.