‘Laut kar aaunga’: What Amit Shah had said when arrested under Chidambaram

Amit Shah was arrested for alleged fake encounter of Sohrabuddin Sheikh. He was subsequently acquitted. 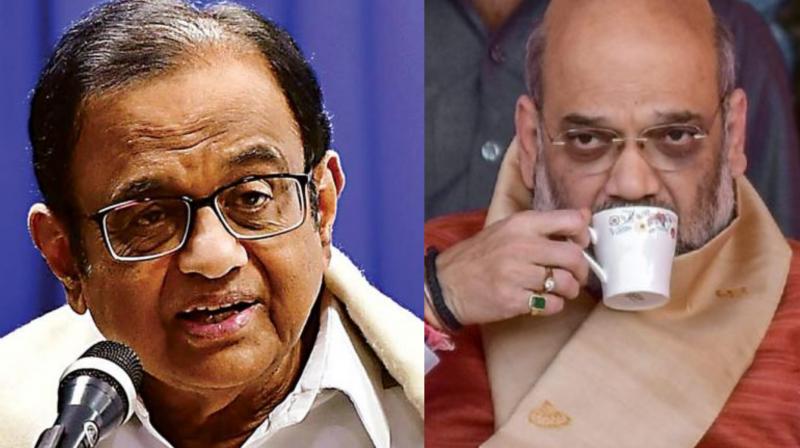 (Don't build a house on the shore thinking my tide has ebbed,
I am the sea, I will come back)

These were the words of Union Home Minister Amit Shah, when he was arrested in 2010 in the Sohrabuddin Sheikh encounter case, India TV reported.

Shah was a Gujarat home minister at that time with the UPA in power at the Centre. He allegedly gave a nod to the Gujarat police to kill the dreaded gangster Sohrabuddin, who died in 2005 in an encounter.

Former Home Minister and Congress MP P Chidambaram, who was arrested on Wednesday in INX money laundering case on Wednesday night, was the Union home minister in 2005.

In 2010, CBI arrested Shah on account of murder, extortion and kidnapping. He was also prohibited from entering Gujarat for two years till 2012.

Congress has termed the arrest of Chidambaram as 'political vendetta' for Shah’s arrest in 2010.