No suspicion on death, don't harass us: emotional Loya son

Loya's lawyer Ameet Naik said the death of Justice Loya was a tragedy and not a controversy. He also requested to not politicise the matter. 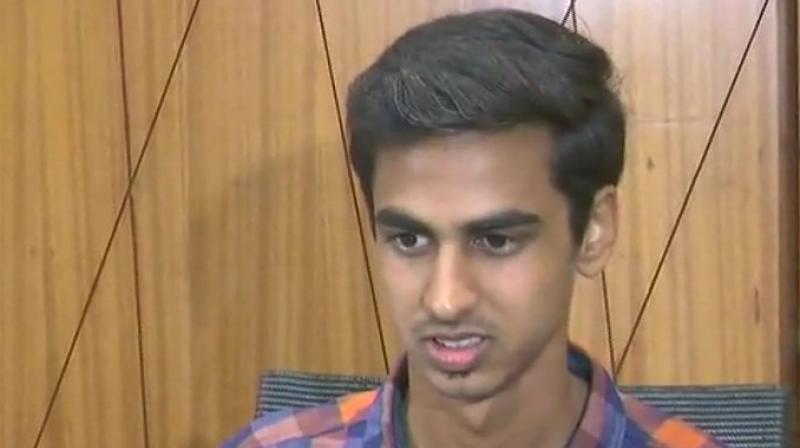 Anuj, son of Justice Loya, said the Loya family was pained with the chain of events which has been happening in the past few days. (Photo: ANI | Twitter)

An emotional Anuj said the Loya family was pained with the chain of events which has been happening in the past few days.

"We are convinced that his (Loya's) was a natural death, we do not have any suspicion about it. There is no doubt about it, everything is clear," he said, adding that the family did not have any complaints against anyone.

Loya's lawyer Ameet Naik said the death of Justice Loya was a tragedy and not a controversy. He also requested to not politicise the matter.

"There is no controversy. No need of politicising the issue. This is a tragic event. We do not want to be victims of politicisation of the issue. Let it remain the way it is – noncontroversial," he said.

The reaction comes two days after four Supreme Court judges held a press meet to protest against the Chief Justice of India.

Terming the concern voiced by the judges as "extremely important", Congress president Rahul Gandhi and other opposition parties had on Friday called for a "thorough probe" into the mysterious death of judge BH Loya.

The BJP shot back, with its spokesman Sambit Patra accusing the Congress of politicising internal matters of the judiciary.

In an unprecedented move in the annals of judiciary, four senior most judges of the Supreme Court on Friday questioned the “unilateral and biased” decisions of the Chief justice of India Dipak Misra in allocation of “important” cases to junior judges.

The Supreme Court on Friday asked the Maharasthra government to file the autopsy report into the death of former CBI judge BH Loya who died in mysterious circumstances in December 2014.

At the time of his death, Loya was presiding over the CBI court hearing the alleged Sohrabuddin Sheikh fake encounter case. He died of cardiac arrest on December 1, 2014, according to hospital records, a day after he attended the wedding ceremony and reception of the daughter of fellow Judge Sapna Josh.

In 2017, the Caravan reported that Loya’s family members claimed that the 48-year-old’s death was suspicious.