Shoaib Akhtar said he is sure that Salman Khan will be out soon. 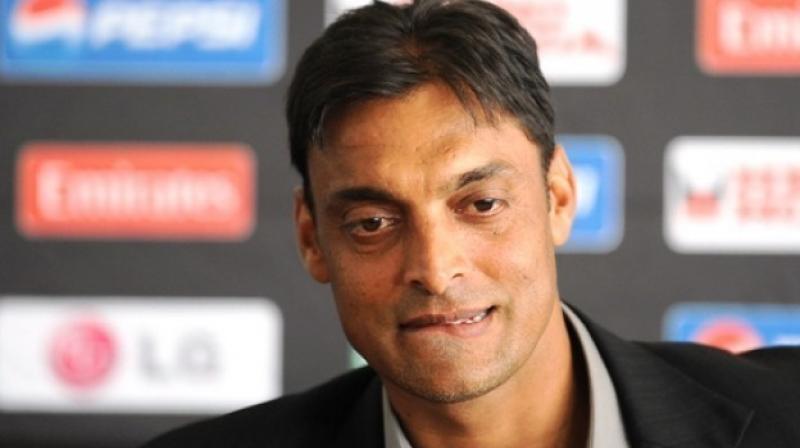 Mumbai/Islamabad: The news of "friend" Salman Khan being sentenced to five years in prison in the 1998 blackbuck poaching case has deeply saddened former Pakistani fast bowler Shoaib Akhtar, who found the punishment to be harsh.

"Really sad to see my friend Salman Khan sentenced for five years, but the law must take its course and we got to respect the decision of honourable court of India but I still think punishment is too harsh, but my heart goes to his family and fans. I am sure he will be out soon," Shoaib Akhtar tweeted.

Really Sad to see my friend Salman khan sentenced for 5 year But the Law must take its course & we got to respect the decision of honourable court of India but i still think punishment is to harsh but my heart goes to his family & fans ..
Am sure he will out soon ..

The 52-year-old Bollywood superstar Salman Khan was sentenced to five years in prison on Thursday after a Jodhpur court convicted him for killing two rare blackbucks. In the case stretching almost 20 years, his co-stars from film, Hum Saath Saath Hai - Saif Ali Khan, Tabu, Sonali Bendre and Neelam Kothari - were acquitted due to lack of evidence.

In addition to the 5 years sentence, the actor has been fined Rs 10,000 for hunting blackbucks which are protected animals under the Schedule I of the Wildlife Act since 1972.

The Bishnoi community of Rajasthan considers the blackbucks to be a sacred animal.

Chief Judicial Magistrate Dev Kumar Khatri, who pronounced the verdict in the case called Salman Khan a "habitual offender" under the wildlife protection laws of the country.

After the sentencing, Salman Khan was taken to the Jodhpur Central Jail on Thursday evening where self-styled godman and rape accused Asaram Bapu is also serving his jail term. The actor has been kept alone in a cell with his own guards and nobody is allowed to meet him.

Also read: Salman Khan to be in same jail as rape-accused Asaram Bapu

Lawyers of Salman Khan reached the Jodhpur Sessions court on Friday morning with his 51-page bail application but the actor will have to spend one more night in jail as Qaidi (prisoner) number 106, after the court on Friday said his bail plea hearing will continue on Saturday.