MEA added a captive under duress certifying his own welfare while mouthing allegations of his captors is absurd. 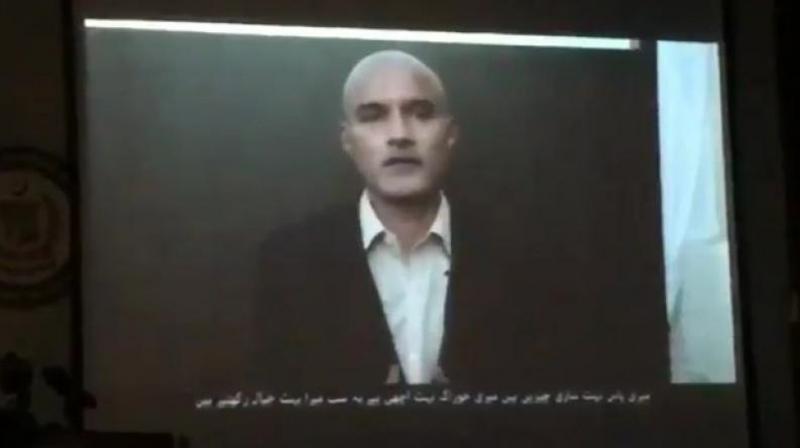 In the video, Jadhav is heard saying, 'I saw fear in her (mother’s) eyes, the Indian diplomat was shouting at my mother the moment she stepped out. I saw him shouting, yelling at her.' (Photo: ANI | Twitter)

Mumbai: Shortly after a video of Kulbhushan Jadhav was released by Pakistan on Thursday, the Ministry of External Affairs dismissed it saying “such propagandistic exercises simply carry no credibility”.

Jadhav claimed that Indian Deputy High Commissioner JP Singh allegedly threatened his mother and wife during their visit to Islamabad on December 25, 2017.

“I saw fear in her (mother’s) eyes, the Indian diplomat was shouting at my mother the moment she stepped out. I saw him shouting, yelling at her. This (meeting) was a positive gesture, so that she (my mother) could be happy and I could be happy,” Jadhav said.

MEA said: "This (video) does not come as a surprise." 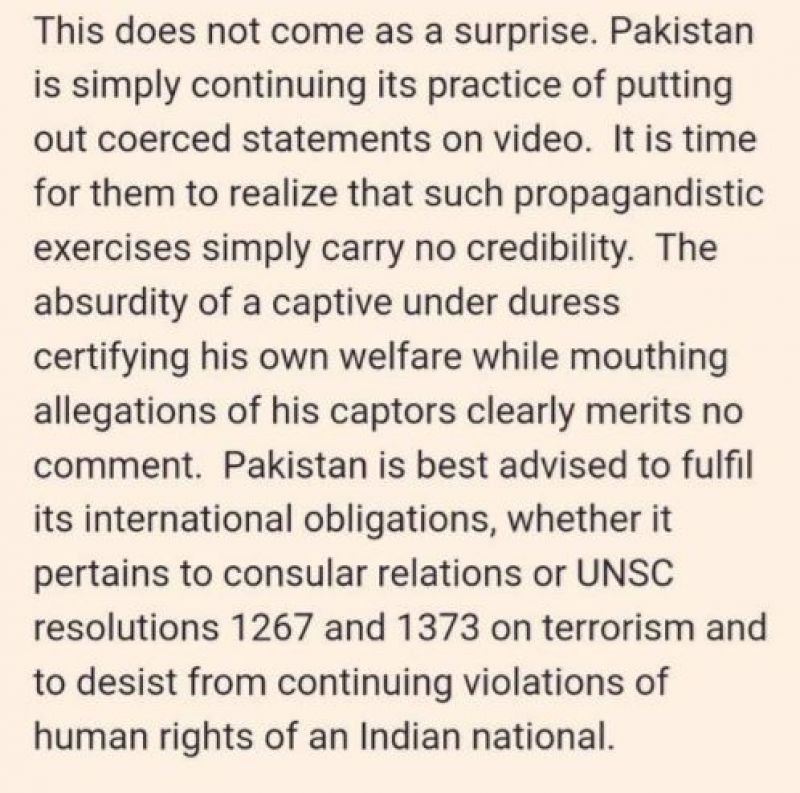 MEA further said, "The absurdity of a captive under duress certifying his own welfare while mouthing allegations of his captors clearly merits no comment."

The External Affairs Ministry said "Pakistan is best advised to fulfil its international obligations, whether it pertains to consular relations or UNSC resolutions 1267 and 1373 on terrorism and to desist from continuing violations of human rights of an Indian national."

In the video, Jadhav is also heard thanking the government of Pakistan for allowing a meeting with his wife and mother, which took place on December 25, 2017.

"I requested a meeting on humanitarian grounds and I have been informed that my mother and my wife are coming over to meet me and I am very thankful to the government of Pakistan for this grant," he is heard saying in the video.

However, the veracity of the video which was released by the Pakistan Foreign Office could not be ascertained.

The video was released days after India had hit out at Pakistan for violating understandings on the Jadhav-family meet and raised questions about the 47-year-old Indian national's well-being.