India   All India  02 May 2019  PM Modi holds meeting with top officials to review preparations for Cyclone Fani
India, All India 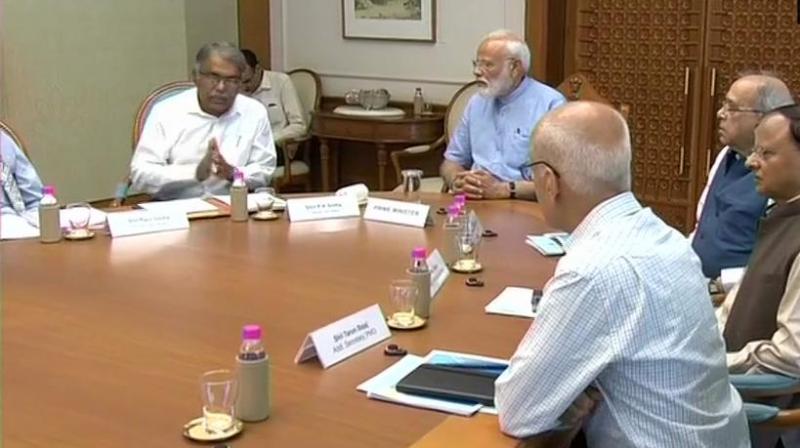 New Delhi: Prime Minister Narendra Modi on Thursday held a meeting to review preparedness for Cyclone Fani which is expected to hit Odisha on Friday.

The Prime Minister was briefed on the likely path of the cyclone, and the ongoing precautionary and preparatory measures being undertaken, official sources said.

These include provision of adequate resources; deployment of teams from NDRF and the armed forces; arrangements to provide drinking water; and standby systems to restore power and telecom services.

After reviewing the emerging situation, PM Modi instructed senior officers of the Union Government to maintain close coordination with officers of the affected states, to ensure preventive measures, and also to take effective steps for relief and rescue operations, as required.

Paramesh, Inspector General Coast Guard East said, “Coast guard has tied up with NDRF and state administration to provide immediate relief in aftermath of cyclone Fani. From April 25 our ships and aircraft are continuously patrolling the areas and we have been sending out weather warnings to the fishermen.”

Read: Eastern Naval Command all geared up for cyclone 'Fani'

Nearly eight lakh people are being evacuated from low-lying areas of the state as a precautionary measure.