The problem with Haseena — both the character and the actor — is the near half-heartedness with which she has been approached in the narrative. 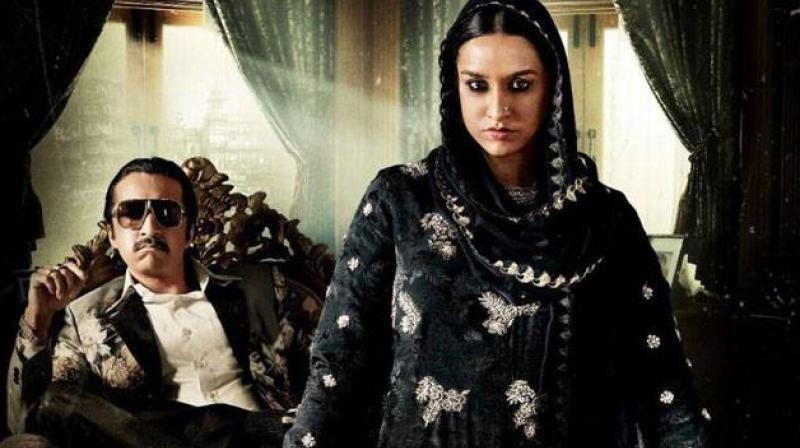 Shraddha Kapoor in a still from 'Haseena Parkar.'
Rating:

There’s a note of contrived paradox in the title of Haseena Parkar. As the Queen of Mumbai who ruled Nagpada, who carried orders given by her Dubai-based (and later Karachi-based) brother Dawood, and made sure that the Nagpada residents called her “Aapa” or elder sister, as she dubiously ran her crime syndicate from Golden Hall, and reportedly had assets worth Rs 5,000 crores, she is shown as someone who only inherited the debatable distinction of being at the helm. But why are we made to see a 124-minute film based on her life? Is it only because she literally got away with murder? The writers of the film have no easy answers. Neither do they let us know what they feel about her.

Haseena, on her part, is pretty interesting. It is believed that be it hawala, or overseas rights of Bollywood movies, and extortion to construction sectors, she had a definite say in everything. Everyone who had even remotely anything to do with crime in Mumbai knew she ruled Mumbai like an underworld queen. And that she could get anyone out of her way too, if ever, she so desired. She came to be associated with crime leaving no room for doubt that the fear among masses continued. Yet, from Apoorva Lakhia’s account of her life — from her role as the caring elder sister to someone who would believe her most-wanted brother’s near confession that he did no wrong in bomb blasts in Mumbai to finally her transition into the dreaded don who could be as ruthless as her sibling — is rather sympathetic, even presented as a wholesome victim of reputation.

As played hesitatingly by Shraddha Kapoor, Haseena is sweet-natured and tolerant, God-fearing and sincere, hopeful of a legit home with a loving husband but proud to be the ‘’sister” who dares to call the shots in the midst of supportive community of social misfits. It is believed that back in the 1990s, such was her influence in 2007 that every builder would ask her to get them permission from slum-dwellers for their projects.

The problem with Haseena — both the character and the actor — is the near half-heartedness with which she has been approached in the narrative. Not to mention her own limitation to portray such a strong character. Kapoor is shown as innocent, nice and even giggly until she emerges as someone one would fear the most. And to make sure the contrast is striking, in the latter half, she has been made to use prosthetics and extra-paddings to get the desired menace in her look. She also uses a silly technique to modulate her voice to sound threatening. Needless to say, she fails on both counts.

It’s a good story, and could have been a good study of a person we know very little of. Besides all those media queries and stories coming out of police files, not much is known about her dealings, participation, direct or indirect involvement in all the crimes recorded as per the law.

Director Lakhia and his co-screenwriter Suresh Nair seem seriously conflicted about the tone of their film. The best parts — those featuring her scenes with brother Dawood — convey nothing. That their bonding as children led to her lifelong commitment to him does not come across convincing at all. By never settling on the way they want to tell her story, the filmmakers have created a project that seems pointless.

Did she then turn to crime on purpose? Or was she forced into it? A lot of questions remain unanswered. Perhaps, director wanted to present her as an early symbol of feminist empowerment. Or a woman whose presence seemed to say that she understood the absurdity of her role playing, and thus made her decades ahead of her time. Since nothing was proved in court, and several cases against her were dismissed for want of any concrete proof, she is made to look like some kind of an enigma. Lakhia forgot that for such a mammoth job, he needed great piece of writing supported by a competent actor to pull it off.