Chopra, who showed immense promise in her first film, is equally painful to watch. 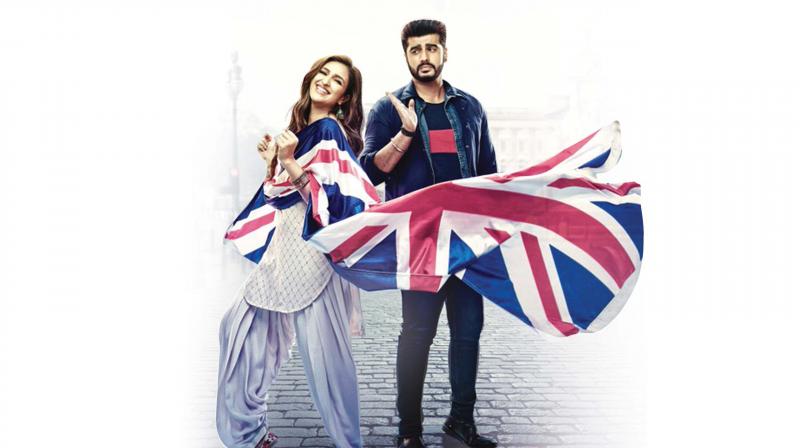 Some films should never get made, at all. And I am only verbalising what you are compelled to feel after watching 135 minutes of sheer bilge that Vipul Shah’s Namaste England has produced. Not because I have any grouse or grievance against the filmmakers or its cast. It seems that not just its basic premise, but even actors who play the lead, lose interest midway in this illogical drama that is promoted as a “love story”. There is a possibility that a film was promised to the lead cast, and to keep up his word, Shah put together a script. You often feel that the actors were left to themselves to enact, without much support, leaving them to deliver their lines perfunctorily.

It isn’t just the insipid done-to-death storyline that makes this film unwatchable. Both story and scriptwriter Suresh Nair and director Shah are clueless about what crossing a border illegally entails; or what really is the pressing demand for Indians seeking an entry into any foreign land, or, even what is it that Indian audiences, growing up on Net series — both Indian and foreign — are looking for when they step out to watch a film!

Smothered with corniness, this one wears you down. Rest assured that if the backdrop of a Bollywood masala film travels all the way to the US or the UK, you will have to put up with liberal doses of uncalled for nationalism too. In one of the film’s scenes, which is predictably wedged in to what the filmmakers believe would cheer many Indians in the audience, is similar to what Akshay Kumar did in Namaste London, and possibly Manoj Kumar did in the original Purab Aur Paschim. Telling firangs how great India as a nation is, or what wonderful people all Indians as a race are, has become a staple ingredient in any Bollywood mainstream film that gets shot on foreign locations.

I also wonder if Punjabis see themselves as appropriately represented in Bollywood films, for beyond the stereotypical portrayals, there is little to admire in sarso ke khet and patriarchal mindset that one has seen for several decades now. Any film set in Punjab has to abound in platitudes with words like bauji and puttar thrown in in good measure and this film too has several such commonplace characters some of whom we all have seen many times before.

Param (Arjun Kapoor) meets Jasmeet (Parineeti Chopra) and decides to marry her. They get a go-ahead from their parents, but the approval comes with a rider: Jasmeet will not work after marriage. Her conservative grandfather knows little about her plans though. Obviously, such a pre-condition has to be counter-productive to Jasmeet’s dreams, whose sole ambition in life is to realise her lifelong desire to work in London.

The two tie the knot, and soon, a chance meeting with a friend triggers an idea into Jasmeet that it is London where she would be happiest following her wish. At this point, if you get confused about what or who her real love is — Param of London — so did I.

Not that waiting for reasoning to follow any scene would ease matters for you as a plot teeming with improbable ideas is deemed to let contrivances of the silliest kind take over. Jasmeet decides to go to London after visa agent Gurnaam Singh (Satish Kaushik) hatches a “perfect” scheme for her disappearance from India.

A Londoner named Sam (Aditya Seal) is looking for a typical desi bahu to please his 90-year-old dadaji (Vinod Nagpal). And guess what? Jasmeet, who is so desperate to fly off to the phoren land, packs her bags, decides to pose as a virgin Punjabi kudi, and even allows husband Param to offer his two-bit pieces of advice at the airport parting.

From there on things have to go as per her design. For Sam, her so-called marriage is only a contract under which she makes it clear to him: tum mujhe chhuoge bhi nahin (You will not come anywhere near me, or touch me).

Param, who trusts her, is getting impatient, and illegally gets into the city after an arduous journey through Bangladesh. His landing up unannounced is a huge surprise for Jasmeet, who too gets possessive of him, when Param, quite expectedly, gets to meet her “husband” Sam’s friend Alisha (Alankrita Sahai).

The rest of the film follows the most nonsensical drama that unfolds as you forget all that is juggled together in the beginning: love, greed, ambition and manipulation.

Kapoor sleep walks his role and looks like sauntering into the set without so much as any understanding of what he is supposed to be doing. There are times when you expect him to at least walk faster, if not react on time. His well-fed appearance getting passed off for a “hottie” is as ludicrous as Sam’s preference for Chopra to a sexy Sahai.

Chopra, who showed immense promise in her first film, is equally painful to watch.

How I wished that may be, the snooze fest would have a quirky twist in the climax, with lead characters parting ways, making me feel somewhat relieved at not having wasted my precious time entirely. Instead, when it ended, I was asking myself why such a film was made in the first place!