Salman Khan had to spend 2 nights in the Jodhpur case after being proven guilty in the blackbuck poaching case. 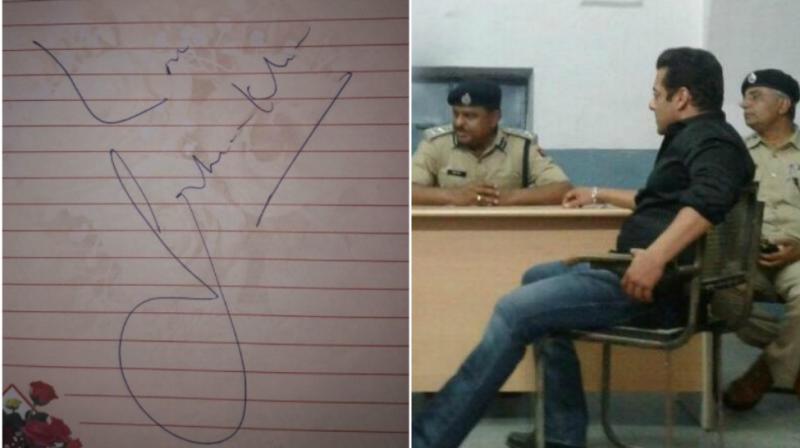 (R-L) Salman Khan before going in Jodhpur jail, his autograph to a little kid. (Photo: ANI/Twitter)

Mumbai: Salman Khan had to spend 2 nights in the Jodhpur case after being proven guilty in the blackbuck poaching case.

The actor was convicted and sentenced to five years in jail on Thursday in the 20-year old blackbuck poaching case.

Shortly after the sentence was pronounced on Thursday, Salman Khan was taken to Jodhpur Central Jail.

He might have a tough time as he did rigorous workout even without eating dinner or breakfast during his time in the prison, but somehow there was still some happiness for him during his dark times.

Also Read: Law should be same for all: Mika Singh on Salman Khan's blackbuck poaching case

Salman found fan in a small kid, who was the kid of a staff member. The kid asked Bhaijaan for an autograph and he happily obliged writing “Love, Salman Khan.” 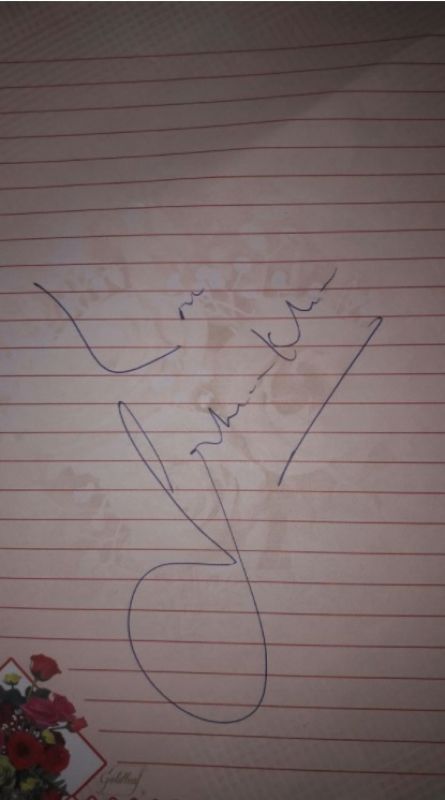 After being put off on Friday, Bollywood superstar Salman Khan’s bail hearing begun on Saturday morning and will reportedly be announced post lunch at 2 pm.