Trump slammed Pakistan for its support to terror groups and warned Islamabad of consequences if it continues to do so. 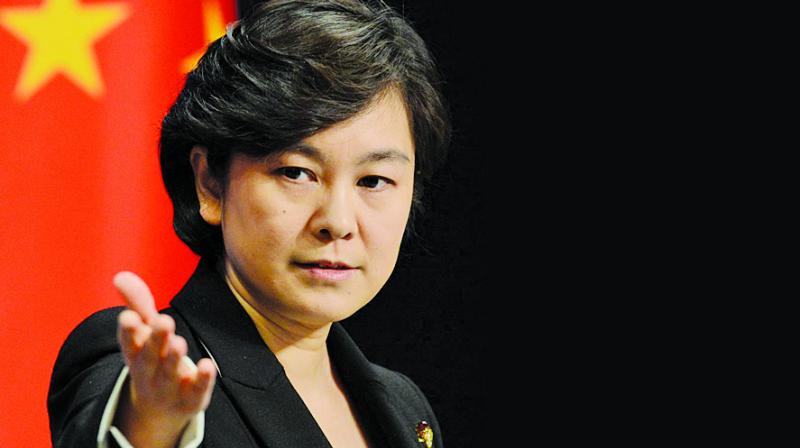 Beijing: China on Tuesday jumped to the defence of its all-weather ally Pakistan in the wake of US President Donald Trump’s stern warning to it over providing safe havens to terrorists, saying that Islamabad is at the frontline of combating terrorism.

Trump, in his first prime-time televised address to announce his Afghanistan and South Asia policy, hit out at Pakistan for providing safe havens to “agents of chaos” that kill Americans in Afghanistan and warned Islamabad that it has “much to lose” by harbouring terrorists.

Chinese Foreign Ministry spokesperson Hua Chunying, while reacting to Trump’s comments on Pakistan, said, “Hope the relevant policy decision by US side will be conducive to promoting security, stability of the relevant region.”

“(On) President Trump’s remarks on Pakistan, I should say that Pakistan is at the frontline of fighting terrorism, has made sacrifices in fighting terrorism, making an important contribution to upholding peace and stability,” Hua said, strongly defending Beijing’s all-weather friend.

Read: Taliban responds to Trump’s threat, says Afghanistan will become 'graveyard' for US

Trump, in his address, said a pillar of his new strategy was a change in America’s approach to Pakistan.

He slammed Pakistan for its support to terror groups and warned Islamabad of consequences if it continues to do so.

“We can no longer be silent about Pakistan’s safe havens for terrorist organisations, the Taliban, and other groups that pose a threat to the region and beyond,” Trump said.

“Pakistan has much to gain from partnering with our effort in Afghanistan. It has much to lose by continuing to harbour terrorists,” he said, in a warning to Pakistan.

Hua, in response to Trump’s scathing criticism of Pakistan’s support to terror groups, said, “I think the international community should truly affirm” the efforts by Pakistan in combating terrorism.

“We are pleased to see US and Pakistan to conduct cooperation in anti-terrorism efforts on the basis of mutual respect and contribute to the global peace and stability,” she said.

In his speech, Trump slammed Islamabad for harbouring militants who target US service members.

“But that will have to change. That will change immediately. No partnership can survive a country’s harbouring of militants and terrorists who target US service members and officials. It is time for Pakistan to demonstrate its commitment to civilisation, order, and to peace,” Trump said.