A series of atomic tests and missile launches since last year have ratcheted up tensions on the Korean peninsula. 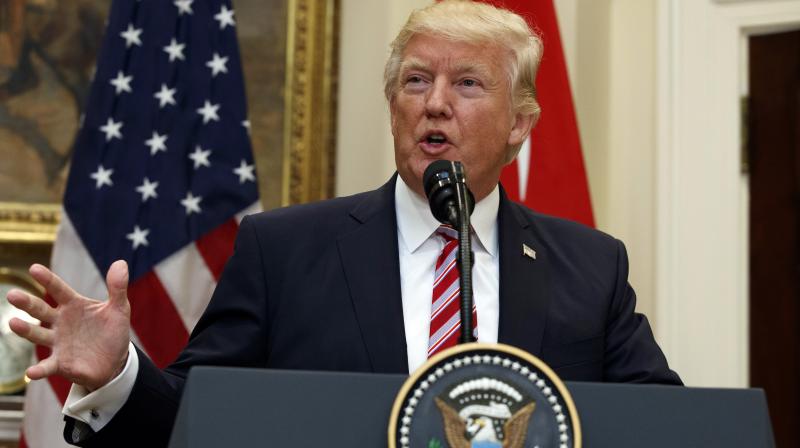 Seoul: North Korea on Thursday called US President Donald Trump a "psychopath" as tensions soar following the death of American student Otto Warmbier, who was evacuated in a coma from North Korean detention last week.

Pyongyang's official Rodong Sinmun newspaper said the US president was in a "tough situation" at home and claimed he was toying with the idea of a preemptive strike on North Korea to divert attention from a domestic political crisis.

"South Korea must realise that following psychopath Trump...will only lead to disaster," an editorial carried by the paper said.

A series of atomic tests and missile launches since last year have ratcheted up tensions on the Korean peninsula, and Warmbier's death has further strained relations between Pyongyang and Washington.

Trump slammed the "brutal regime" in Pyongyang, and said he was determined to "prevent such tragedies from befalling innocent people at the hands of regimes that do not respect the rule of law or basic human decency."

His language was echoed by South Korean President Moon Jae-In, who said in an interview ahead of a White House visit next week that North Korea bears responsibility for the student's death.

"I believe we must now have the perception that North Korea is an irrational regime," Moon told CBS television's "This Morning."

Moon, a centre-left politician who was sworn in last month after a landslide election win, favours engagement with the North, rather than the hardline stance taken by his ousted conservative predecessor Park Geun-Hye.

Washington has also stepped up its muscle-flexing in the region, flying two B-1 bombers over the Korean peninsula Tuesday in a planned training mission with Japan and South Korea as its latest show of force.