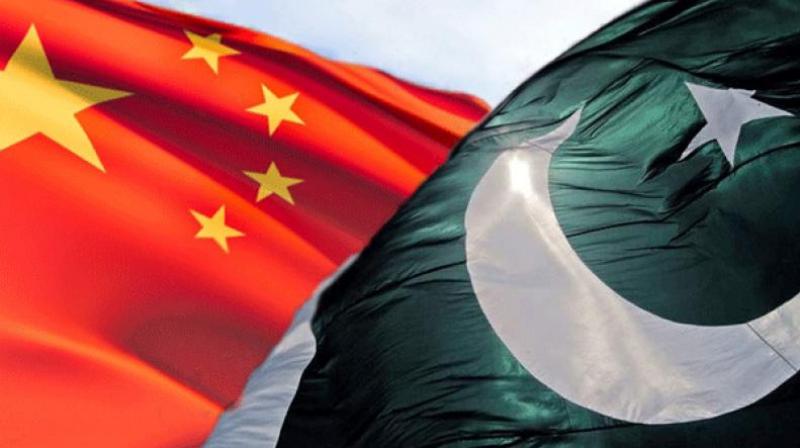 Beijing: China on Monday hailed its all-weather ally Pakistan for announcing new guidelines for implementing the UNSC sanctions targeting proscribed individuals and entities operating in the country and urged the international community to back Islamabad's "great efforts" in combatting terrorism.

Amid intense global pressure to rein in terror outfits, Pakistan on Friday launched guidelines for implementing the UNSC sanctions targeting UN-proscribed individuals and entities in the country. The guidelines were prepared by the National Committee for overseeing implementation of sanctions against individuals and entities designated by the UN Security Council 1267 Al Qaida/Da'esh Sanctions regime and Security Council 1988 (Taliban Sanctions regime).

"The newly released guidelines are Pakistan's latest measure to implement the National Action Plan. I think it shows Pakistan's position and resolve to fight terrorism and to firmly implement the relevant UN resolutions. China highly applauds that. Pakistan is an important participant in the international counter-terrorism campaign," Chinese Foreign Ministry spokesman Lu Kang told media briefing here replying to a question on the recently released guidelines by Pakistan's Foreign Ministry for the federal and provincial governments to further implement the relevant UN sanctions on individuals and terrorist organisations.

"The international community should enhance support to Islamabad," the spokesperson said, adding that Pakistan has "long been making great efforts and sacrifices towards this goal".

He also said that China supports Pakistan in advancing the counter-terrorism efforts based on its own national conditions, and "we hope the international community can enhance cooperation and jointly uphold the regional peace and stability."

Pakistan is under intense global pressure to rein in terrorist outfits operating from its soil after the Pulwama attack, carried out by a suicide bomber of Pakistan-based terror group Jaish-e-Mohammed (JeM), that killed 40 CRPF personnel in Jammu and Kashmir's Pulwama district on February 14.

Pakistan also came under intense pressure from the international community to crackdown on terror outfits and leaders after the Paris-based international terror financing watchdog, Financial Action Task Force (FATF), in June last year, placed it on the "grey list" of countries whose domestic laws are considered weak to tackle the challenges of money laundering and terrorism financing.

The FATF, which recently reviewed steps taken by Pakistan, has asked Islamabad to implement a new set of constraints in its crackdown against terror financing, including documenting and regulating all gold markets.

The new list of recommendations from the FATF which requires Pakistan to document all gold markets and purchase and sale of gold in the country, ensure restriction on supply of gold and jewellery to banned outfits and terrorist organisations.

The FATF has asked Pakistan to collect data of all trusts operating across the country as well as their bank accounts on the district level, and ensure regulation of thousands of registered trust organisations. The compliance report would be taken up by the FATF review group in its meeting scheduled in May.