'Donald Trump was born and brought up in Pakistan,' reports Pak news channel

The news channel also claimed to have Trump's childhood photographs and even broadcasted them. 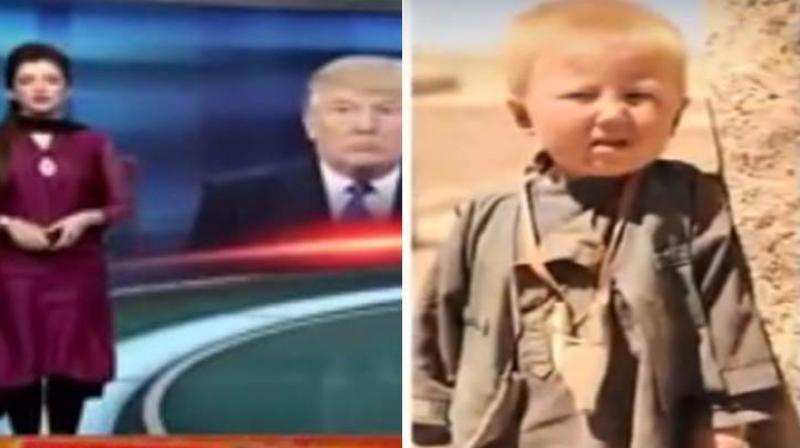 The story was broadcasted by Pak-based Neo News channel last month when Trump was campaigning for Presidency. (Photo: YouTube Screengrab)

Islamabad: A Pakistani news channel ran a news report stating that US President-elect Donald Trump is originally from Pakistan. The report also stated that although they have not verified the fact, many people have been claiming it on social media.

In the video clip that's going viral on the internet, the anchor narrates the story of how Trump was born and brought up in the country and later travelled to the US.

The story was broadcasted by Pak-based Neo News channel last month when Trump was campaigning for Presidency.

The anchor, in the video, says, "Presidential candidate Donald Trump was born in Pakistan and not in America." She then goes on to narrate the story behind Trump's origin.

The news report stated that Trump's actual name was Dawood Ibrahim Khan and he was born and brought up in Waziristan in 1954. He stayed with his parents in the country until one day when he lost them in a road accident. Thereafter he was taken to London by British Indian Army captain. In London, Dawood was adopted by the Trump family.

The news channel also claimed to have Trump's childhood photographs and even broadcasted them.